“pertinent to the investigation” of Hillary Clinton’s personal server

8 years from now will we still be at ad nauseam with this email BS.

Sounds like they aren’t even her emails. They’re just other emails they think might have something to do with it. Case reopened at the behest of Comey and Paul Ryan.

Call the election off and declare Trump the winner! It’s the only choice now…

The great boobousie in the …eh…heartland…must be collectively peeing its pants this afternoon. On Monday it will be just another check item in the grievance fantasyland. But it will be a long-term thorn for Hillary in the oval office. The Trumpeters will cobble something sinister out of it.

The Trumpeters will cobble something sinister out of it.

Paul Ryan has already declared that because the FBI is investigating someone else’s emails, Hillary should be cut off from all security screenings.

The case isn’t actually re-opened, they’re just going to evaluate the evidence and see if it warrants reopening it.

Actually, the case was never technically closed - which isn’t a surprise since they only closed the D.B. Cooper case this year.

Something to do with Weiner apparently?

The F.B.I. director, James B. Comey, told Congress that the emails “appear to be pertinent” to the investigation of Mrs. Clinton’s use of a private server.

[quote=“nungesser, post:4, topic:88351, full:true”]
Sounds like they aren’t even her emails. They’re just other emails they think might have something to do with it. Case reopened at the behest of Comey and Paul Ryan.
[/quote]Sort of. Case not re-opened. And, the emails discovered and to be examined came from a separate device not owned by Clinton, and not on Clinton’s server - basically, they may have something to do with the case, and that’s yet to be determined, but nothing to do with her.

I think Comey and Ryan have some explaining to do RE why this isn’t just political bomb-throwing, and a desperate attempt to decrease how badly the republicans are going to get shellacked.

I think Krugman overreacted. Comey told Congress the matter was concluded, but now they found (I’m guessing here) some more emails that passed through Sec. Clinton’s personal server, and there are enough of these that it will take some time to assess them. Because this is a matter in which Congress has interest, and because Comey wants to maintain a working relationship with Congress, Comey is informing them of new activity in this matter.

Not trying to influence any elections.

Well, I voted today so I’m washing my hands of this whole election. Let the chips fall where they may.

Something to do with Weiner apparently?

First Abedin recommends Bozo the Sysadmin to set up Clinton’s home server, who promptly leaves the e-mail trove wide open to hackers. Now it turns out one of those e-mails might have to do with Abedin and her horndog husband (Clinton can relate). You’d think someone who’s a contender for White House Chief of Staff would want the job enough to be a little more careful about these things. Instead, she provides ammo to a dangerous demagogue’s followers.

You lost me at “Weiner angle”

I voted this morning, so I can officially not give a good goddamn about the emails.

I see a sailboat!

What? Oh great, it’s safe to finally reveal myself! 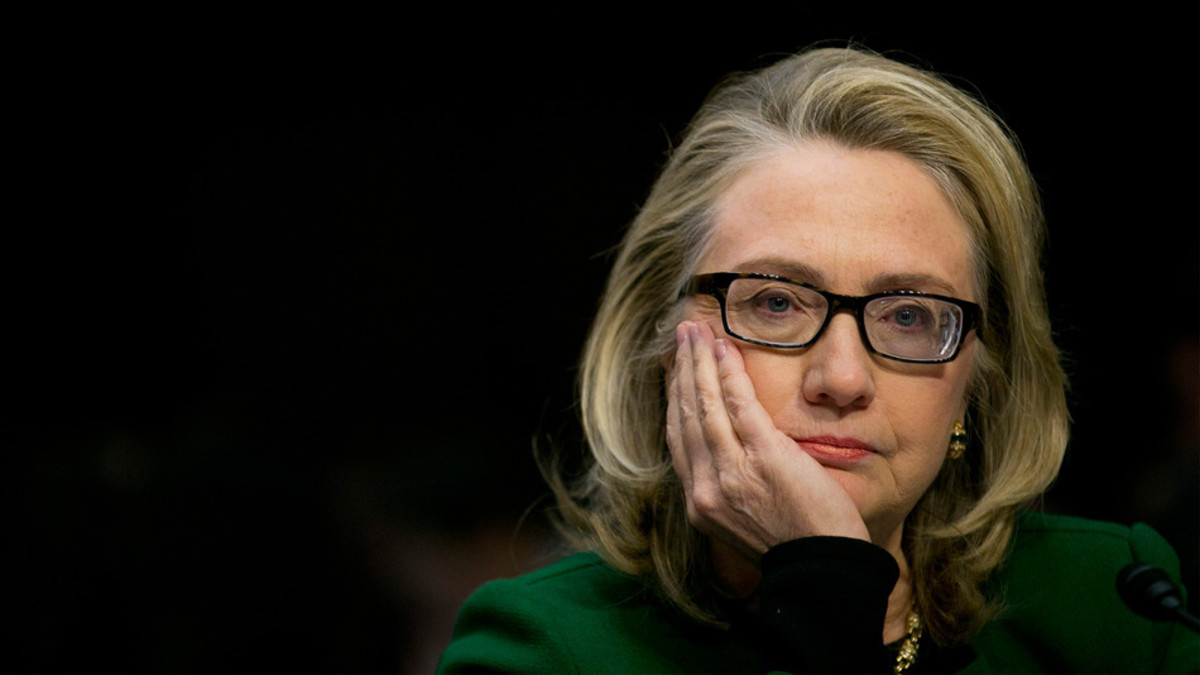 No, the FBI Isn't 'Reopening' the Hillary Email Case, Despite False Press...

It turns out the FBI is looking into an additional three emails related to the FBI's probe into the Anthony Weiner sexting scandal. Stop the presses.

How’s that for a mental picture?