[E]lectronic signals over copper don’t go very far without being boosted, and the companies don’t want to make that investment.

There’s already plenty of repeaters in place to “boost” the signal. The problem is you can’t boost the signal without also boosting the noise. There are sophisticated ways to squeeze out an extra dB or two, but Claude Shannon will always win.

The investment telco doesn’t want to make is laying glass fiber out into the countryside. It’s not terribly expensive, but it will never be profitable. They have been promising to do it for decades now, to justify rate hikes, but somehow it just never seems to happen.

when the homeowner sells his or her property, or subdivides the land, the phone company immediately cuts off that DSL service.

How does that work as a business model?

All of backchannel.com is coming up 404 for me, this morning. This is the second story from there, to which Cory has referred, today, and I can’t read either article (the other being Kevin Kelly calling bullshit on AI).

Is anyone else having trouble accessing the link?

I seem to remember giving Ma Bell a huge tax break back in the 80’s to lay fiber all around the nation. Remember the “Pin Drop” ad campaign? Anyway, the fiber got laid from coast to coast. The problem is, they never lit most of it up.

You don’t need much of a model when there aren’t any competitors.

@doctorow you sure that is the right link? I am getting a 404 for the root site even.

ETA the twitter feed says they are temporarily offline which explains that bit of confusion.

For some areas, towns are too small and out of the way to be worth the expense of providing too. If you have to put down new cable to reach a town of 2,000 people, not all of whom are even going to get your service, it’s not worth it. I used to live in a town like that, and was stuck with satellite internet for years (Hughes Net are a bunch of fucking assholes, by the way.)

Even when they do provide internet, it’s insanely shitty. When said small town FINALLY got cable internet, it was prone to outage, slow, and overpriced. I have the same ISP now, same service… but because I live in a bigger city, I almost get the internet speeds I pay for.

I don’t get the speeds I pay for, but it’s still about five times the speed it used to be.

The investment telco doesn’t want to make is laying glass fiber out into the countryside.

I can’t even get fiber in my neighborhood in San Francisco, which by all rights ought to be one of the best-connected cities on the planet.

Anyone want to try justifying how the country that invented the internet can’t even make it to the top 10 list for average internet connection speeds? We let Romania kick our collective asses and their best-known contribution to science and technology was figuring out how to synthesize amphetamines. (Come to think of it maybe those things aren’t unrelated.)

The problem is you can’t boost the signal without also boosting the noise.

Not quite. The problem isn’t just attenuation, it’s frequency-dependent attenuation. If you do frequency equalization at close enough intervals you can keep the bits from romping all over each other, which requires really fancy correction. Unfortunately, no matter how you slice it the repeaters are not simple.

Conversely, FCC Chairman Ajit Pai was on the PBS News Hour Thursday, claiming that Net Neutrality was what was keeping rural areas from getting access to high speed Internet - because regulation was interfering with the free market. It’s like Trump put the fox in charge of the hen house.

Watch the video, or scroll down for transcript: 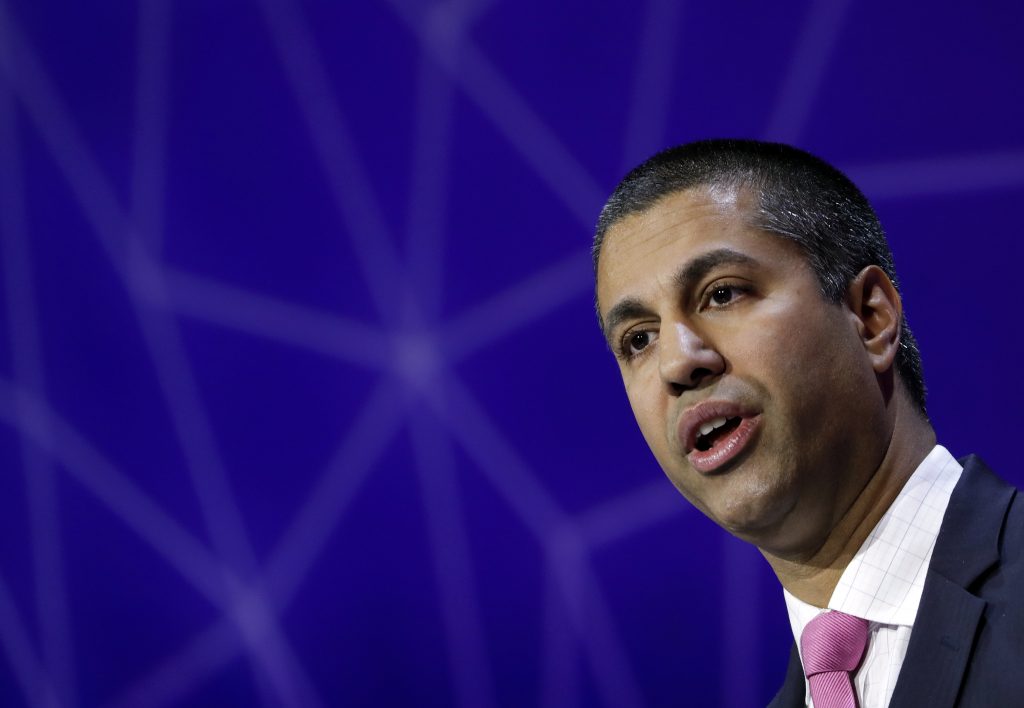 Ajit Pai, President Trump’s new FCC chairman, has plans to do away with net neutrality rules that have been in place for the last three years. Pai argues the rules are too burdensome and that they stifle innovation and competition. William Brangham...