This is a lawsuit now too. But there is not much coverage of it. 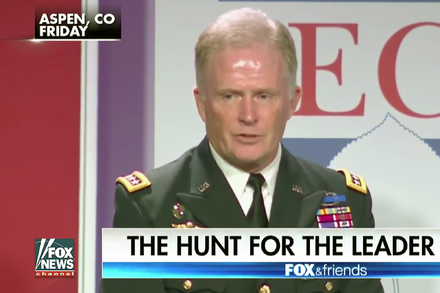 The cable network published an update to a story on its website but did not acknowledge the paper’s request for an apology.

Butowsky is the guy that claims he contacted Jewish people in Nebraska to get in touch with the Rich family, they told him the media was covering things up and they lacked the funds for a private investigation, and then he (the good guy he is) paid Rod Wheeler to investigate the story for them.

Fox News screwed one of their own to score a political point with the Don? That’s inconceivable!

Talk about fake news. There isn’t enough acknowledgement that Fox is a pure propaganda fiction machine, more akin to Infowars than CNN in the news/not-news spectrum.

One of the most telling things about this story comes from the WaPo timeline of the events:

April 25
Wheeler meets with a D.C. detective investigating Rich‘s murder, who indicates that he has no evidence that the killing was anything other than a robbery. Butowsky allegedly sends an email to Wheeler saying that if the detective doesn’t help, “we will go after him as being part of the coverup.”

This is like Benghazi fever, or maybe Vince-Foster fever: they just know there is something going on, but when they can’t find the evidence they assume the evidence is being covered up. Trump likes to use the word “witch hunt”-- isn’t this the very definition of a witch hunt, anyone not cooperating must also be a witch?

(Or maybe I’m being generous, and Butowsky knows there’s no coverup, but doesn’t care if a detective gets maligned as long as it helps Trump.)

Judging from reflexive, buzz-word festooned Twitter posts reacting to bad news about Trump. the retraction of the Seth Rich had no effect on Trump’s hard-boiled supporters.

I’ve learned over the years to be wary of too-good-to-be-true bombshells. Remember the fabricated GW Bush documents that ended Dan Rather’s career?

The Internet is acting like this complaint, which consists of as-yet unproven allegations, is the smoking gun. It isn’t. Preserve your skepticism and reserve your celebration for if and when this stuff is proven.

the retraction of the Seth Rich had no effect on Trump’s hard-boiled supporters.

that’s because they still believe it to be true.

there are folks who believe it wasn’t retracted for being made up, but because of pressure from shadowy forces. they will remind you of all the people that the clintons have had killed over the years, and that everyone is afraid of bill and hillary.

none of it makes any sense, but they’ve got fox news and alex jones on their side.

Every single Twitter thread I’ve seen mentioning this lawsuit is chock full of people yelling BENGHAZI and about how Hillary is an actual physical murderer and how she and Bill somehow orchestrated a vast Ukranian scheme and how the “Seth Rich crime scene was scrubbed before being examined and all signs point to Hillary”.

“Seth Rich crime scene was scrubbed before being examined and all signs point to Hillary”.

“It’s too perfect! All evidence must have been removed!”

Funny to see Zimmerman involved; before she joined Fox she was practicing partisan hackery here in Hawaii, which honestly takes some effort; her long-time boyfriend was the only Republican in the state legislature. More about her here; 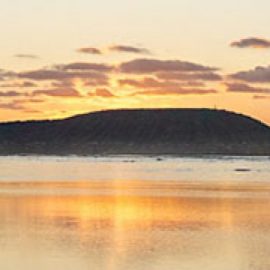 Former Hawaii reporter back in the headlines today

“It’s too perfect! All evidence must have been removed!”

You jest, but it works the other way too.

“If there really was a Russian influence conspiracy, you bet your ass we would have covered it up better than we have.”