so… a corporate Bop-it without the Bop-it’s useful entertainment qualities.

Clicking is a no-no. They need to make noiseless models for those of us who don’t want to annoy the shit out of everyone in a twenty foot radius.

I was thinking the same. However i do find the concept intriguing, though i’m not totally crazy about the look of the cubes but i’ll have to check it more closely when i get home.

From a marketing video they say the switches and stuff “click silently”, like they’ll snap and actuate but the sound is internal to the cube and muffled or something.

My favorite fidget toy is a bunch of Buckyballs. Unfortunately the shiny coating is wearing off and they tend to get my hands dirty, so it’s less than ideal anymore.

Eh, I’ve Kickstarted dumber things than this, so I’ll go for it.

I’ll get one once I’ve finished all this bubble wrap.

The ad copy at the link refers to an “audible click”, though. Confusing.

I backed this a few days ago. I need something like this or I will definitely lose my wedding ring eventually.

It would be better if all those switches actually controlled something somewhere, like in the Steven Wright joke:

In my house there’s this light switch that doesn’t do anything. Every so often I would flick it on and off just to check. Yesterday, I got a call from a woman in Germany. She said, “Cut it out.”

My favorite fidget toy is a bunch of Buckyballs.

Doesn’t anybody just do their kegels anymore?

Doesn’t anybody just do their kegels anymore?

I still do, but it ain’t as easy as it used to be.

I prefer finger drumming on the desk, but that doesn’t go over real well at work.

Where are you putting the Fidget Cube to do that?

Mechanical tally counters (hope that’s the right word) are ideal for that as well. Also, cheap.

One of these guys? 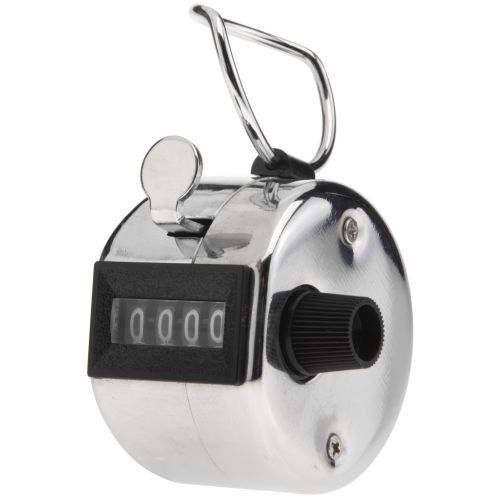 I remember as a kid on the schoolbus wanting one of those so bad. I must have spent hours plotting how to steal the driver’s.

Exactly. I’m still using one in the lab occasionaly for counting bacteria cultures. Sometimes you can’t improve on simplicity. And it’s a kind of hypnotic activity.

Only we call it “Zählzwiebel” (counting onion), which seems to be ridiculously tightly localized around Vienna for some reason. Eh, it’s still a good name.

TBH, I don’t really get it either. It’s kinda onion-sized. One of those things that start as a joke and stick around for tradition’s sake probably. And it’s just a funny word to pronounce.