The Blu-Ray version revealed a couple of visual jokes that were lost in cable TV and DVD versions.

“Long Live Flash” is graffitied in Zharkov and Barin’s cell.

I kind of feel like 2020 has basically been an extended version of the opening sequence where Ming the Merciless was fucking with Earth by pressing all those disaster buttons.

While this is good news for our friends in the UK, this isn’t available in the US.

So you can see all of the 4.8 billion beads?

Seriously, this has been something I’ve wondered about for years. Every costume, whether it’s a dress or battle armor is absolutely covered in incredible bead work. I assume it had something to do with it being a Dino De Laurentis production as sets and costumes were a specific indulgence of some of their productions, but I have never found any reference to the bead work specifically. Ive found interviews and articles about the Art Director Danilo Donate, but none of them mention the beads.

I have a fantasy that there is some tiny Italian village that has been doing spectacular beadwork for centuries and was the heart of the Roman beading world. Their entire village, young old alike, was given over to the task of costuming Flash for a full year. Only the residents and their descendants realize that thousands of years of beading culture culminated in this, their finest moment.

The Flash Gordon Soundtrack was my primary munition during our Dorm Stereo Wars.

Somehow the trailer is betraying the visual effects and set quality/detail as being not up to snuff to match the expected 4k output.

What I meant to say is that the sets, props, and art department did their craft with the attitude/expectation the medium would hide the subtle imperfections and the minds eye would fill in the rest of the details (classic cinema, TV rebroadcasts). But with 4K technology, these “artistic oversights” are now in need of a (digital) facelift to meet these newer audience expectations.

This would be like watching any Hanna Barberra cartoon (Flintstones, Jetsons, Huckleberry, …) in 4K when the original source material doesn’t offer anything additional besides showing animators artifacts that would detract from the story line.

The only question that I have is why hasn’t this been done already!

Among the these, I’m with this one… 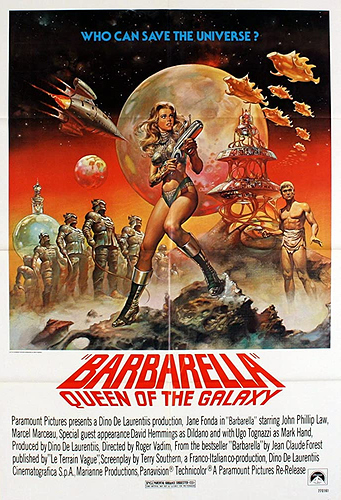 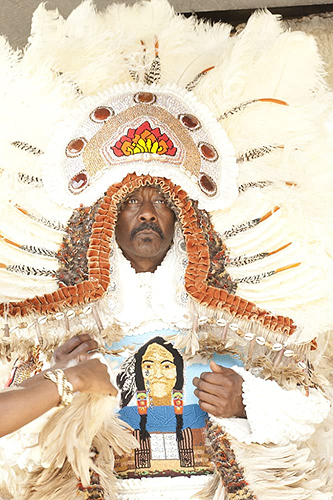 Watch the Life after Flash documentary–it mentions the beadwork used in the movie.

Apenzott: To your point, have you watched A New Hope on Blu-Ray? Darth Vader’s mask/helmet and the storm trooper head assemblies looked like elementary school kids painted everything in art class.

I have very fond childhood memories of this movie, have recently re-watched it, and will likely always enjoy it. But it’s only “One of the greatest movies of all time” in that same way that it is also one of the worst. All movies are on the spectrum and it’s just a function of which direction you’re looking. Even the “worst movie of all time” is just the “least greatest”.

You mention Blu-Ray. Is there Blu-Ray editions of the original trilogy where everything looks like garbage, but at the same doesn’t have any of the extra garbage added in?

I do know what you’re talking about, and you’re right… George Lucas reworking to move forward, only to accomplish the opposite; subtraction by addition. Mind you, I was not criticizing the props, only to note what the quality of the remaster reveals.

I miss-read it as Flesh Gordon …

Then don’t watch the remastered Buck Rogers in the 25th Century! Me? I loved the show as a kid, but can enjoy the remasters for seeing all the shortcuts the props staff did. Lots of balsa wood painted white. Favorite was seeing a three colors stage-lighting rig in the background. Was it a mistake? Nope. Kept seeing it in different episodes. Could clearly see the arms and light covers. Finally realized on old TVs that rig would only show as three pretty color circles that would look like planets through a window.