The target is already down, so why get the dog out of the car? That’s just adding another random element to the situation?

That is so they don’t have to chase him anymore. Let the dog take him down if he get’s free, and chew on him while they casually stroll to catch up. It’s an “outsourcing of cruelty to the animal kingdom”.

Many jurisdictions are switching to “follow not chase” policies for this reason. It’s arguable that the cops’ aggression is what escalated the situation and made it so dangerous. Every vehicle has a destination, so follow him until he stops, then apprehend. He can’t outrun the radio.

Instead, a dozen cars and other property were damaged, and a lot of people were almost killed, all over a shitty old box truck that is insured anyway.

Ope, there’s the Cracker Barrel. There’s Butler Plaza. Over there’s 34th St, the University of Florida isn’t too far away.

If you can’t tell, I used to live in an apartment right around there.

When cops tried PIT maneuvers or other vehicle to vehicle contact, they ended up making things even more unsafe by aiming him into civilian vehicles.

Pro tip: if you lived in that town and had been contemplating a bank robbery, this would’ve been your sign. I mean they must’ve had literally EVERY cop car from 50 miles around after this one truck.

We waste so much money and time and put so many people in danger over “stopping” this sort of thing, while the wealthy elitists steal billions in wages from us, destroy families by forcing them out of their homes, and murder people by denying them the medical coverage they should have.

But hey, a lively chase. Just wish it was some vulture capitalist trying to escape in his Land Rover instead. 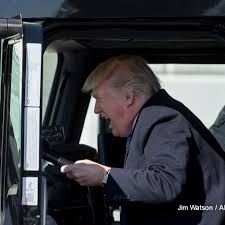 “I ain’t even mad at y’all, 'cos y’all did yo jobs” is a fairly gracious thing to say when your free-wheeling box truck adventure has just been spoiled by a bunch of uniformed killjoys.

I’m impressed by his high-speed box-truck skills. Sure, he hit a bunch of cars – but look at all the cars he didn’t hit.

Never try to getaway in a box truck making donut deliveries. It pisses the cops off something fierce. j/k I have no idea what was in the truck.

He was doing some outstanding driving, only straying slightly when they hit him…

That’s a function of the mass difference (which is large) between a police cruiser and a box truck. They didn’t have much hope of PIT-ing him, really.

Seems like the cops should have a few James Bond / Spy Hunter cars that can drop spike strips out the back.