manatee are so innocuous and curious and sweet. the poor things are starving to death by the thousands due to poor water quality leading to algal overgrowth that chokes out the native seagrass - their primary food source.
seagrass is goddamn important to the entire nearshore ecosystem and idiot boaters add extra damage attempting to cross shallow grass beds and churning it up. just witnessed an idiot run aground in a seagrass bed off Islamorada last week and instead of trimming the engine up and gently trying to back out into deeper water, the moron powered into it trying to turn around and tearing up so much of the soft bottom. the silt plume will cover adjacent grass and possibly choke it out. fuck! that’s a giant fine if FWC or Coast Guard were to catch them, but sadly were nowhere nearby. (many witnesses did radio in the boater’s ID and coordinates.)
there may be no saving these gentle sea creatures unless coastal developers don’t stop dredging up acres and acres of seagrass and sugar and cattle growers don’t stop sending high nitrogen waste into the rivers that drain to the ‘glades and out into florida bay and other estuaries and nearshore habitat of the manatee.
under desantis’ reign, it will only be more of the same. he ran on improving water quality for the whole state, yet has done very little. his idea of seagrass credits (like carbon credits) allows developers to rip up native seagrass if they promise to have a like amount planted elsewhere. it takes many years for a seagrass bed to become established enough to withstand tropical storm surge, let alone sustain any population of manatee.
/righteous_rant

I’m starting to think that “eye for an eye” justice might not be such a bad thing after all.

(I’m thinking perhaps a swastika on the forehead - likely to get the offender’s lights punched out on a regular basis.)

Dang, I just listened to this news story over the weekend and was finally getting optimistic about manatees for once. 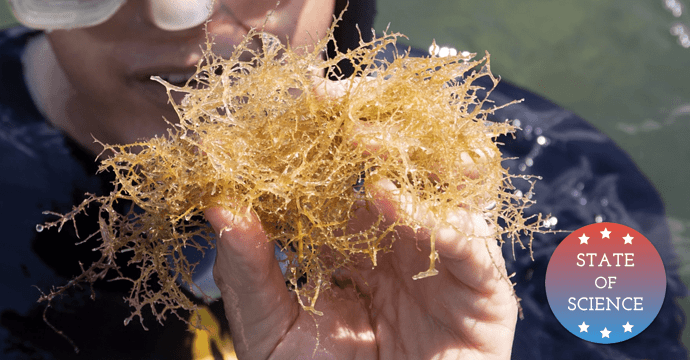 Seagrass is the bedrock of the marine food chain. That makes it an important habitat to protect.

yes, there is still healthy seagrass on the gulf side where freshwater springs (crystal river, tarpon springs, weekiwachee springs and the like) are not overgrown with the algae like in south florida, where sugar is grown.

from the linked article:
The death of more than 1,100 manatees over the winter in Indian River Lagoon on the Atlantic shows how crucial it is to keep these waters healthy.

An excess of nutrients—much of it from lawn fertilizers swept by rains into the lagoon—created algae blooms that starved the grasses of sunlight needed to survive. That’s not the case here—in the Springs Coast region, named for the spring-fed rivers that nourish this brackish ecosystem.

Poor water quality, careless boaters, and MAGA morons carving “Trump” on manatees kill around 10% of their dwindling population each year.

Add starvation to this unusual mortality event (UME), which is a direct consequence of poor water quality. There is a lack of forage in the Indian River Lagoon. That is, lack of seagrass to feed them. 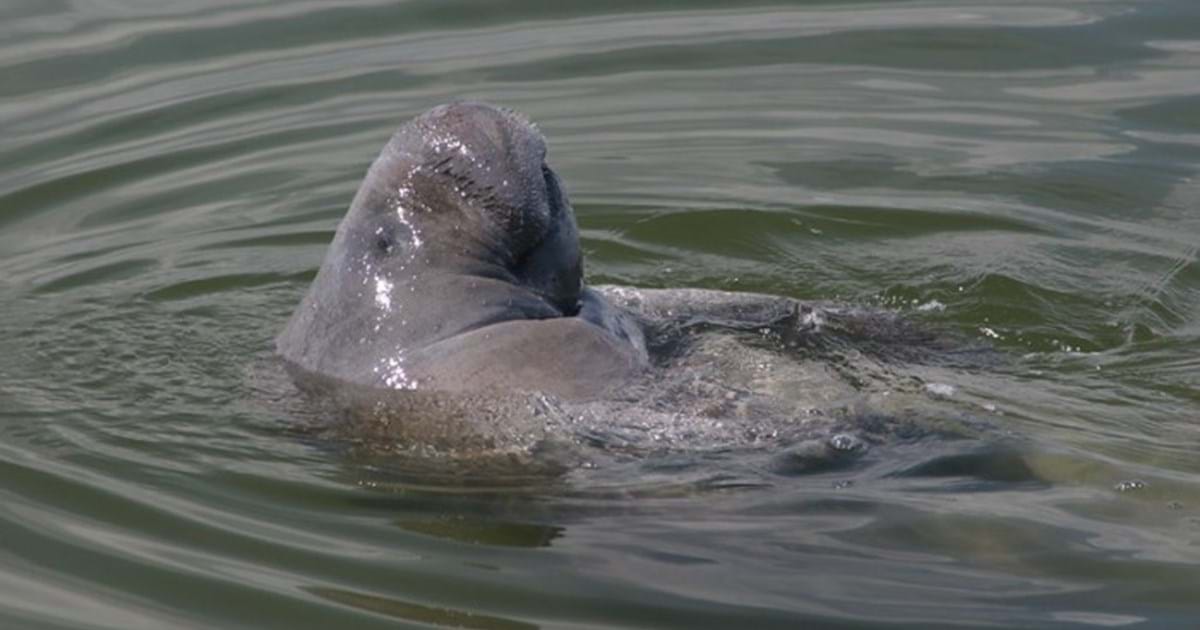 Oh, there’s another problem, no less important: people are touching manatees during sex. 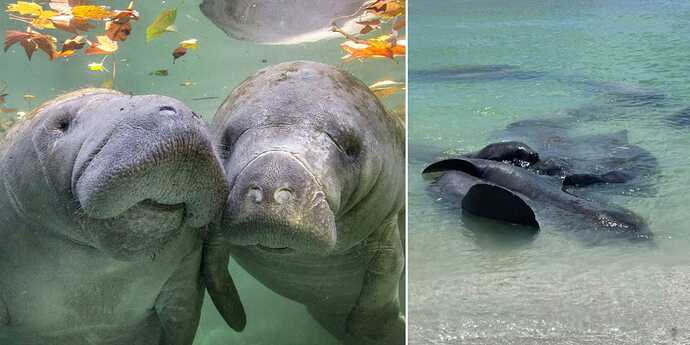 Officials in Florida are telling people not to touch manatees while they are...

Manatees, which mate in herds of a single female and many males, are dying at record rates in Florida, prompting conservation groups to sue the EPA.

I was kayaking this past week in Winding Waters Natural Area in Palm Beach County and saw first-hand the algae overgrowing EVERYTHING, including the eel grass which is typically food for manatees. YUCK!

On the good news side, was also kayaking recently in Jonathan Dickinson State Park in Martin County and saw many areas fenced off with signs about restoring eel grass. We could see the eel grass in these pens. However, I fear it is too little, too late.

I so hope that Meidas Touch does an ad that draws a connection to those who carve “Trump” on manatees. Easy… and actually true.

That was a quality rant!

When we had to write various state governors in 3rd grade, getting a packet about each state back in return, I picked Florida because my Weekly Reader talked about manatees, which was the first time I had ever heard about them. So I wrote a letter asking for more info and got a big ol’ packet. Since then they have been sort of my odd animal I like. So, I’d like to see them further protected.

Also re: assholes in boats.

Man… something about a boat makes people turn into giant idiots/assholes. If you are a jerk on the road it seems to be 10x worse on the water. Maybe because water is seen as one big area you can take a boat anywhere and do what you want (that is not the case).

Even on relatively calm lakes of Kansas you see idiots doing dumb things.

And jet skiers - ugh - some how they are a special breed of idiots/assholes.