Footage of a time traveler holding a mobile phone at an Elvis concert in 1977!

Originally published at: Footage of a time traveler holding a mobile phone at an Elvis concert in 1977! | Boing Boing 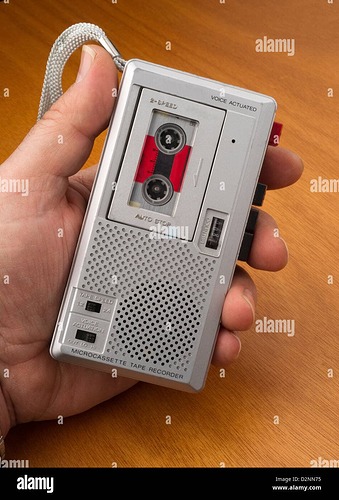 Or more likely, as mentioned, one of these: 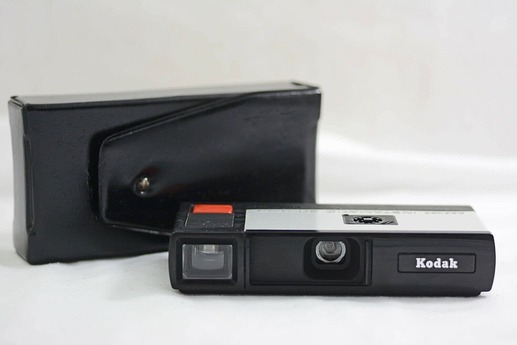 The Sony Walkman did not come out until 1979 and did not record, so I honestly don’t know that there would be something that small that could record that cost less than $10000 in 2022 money

My guess is maybe an autograph book?

ETA: No. That is a box of candy - like a Milk Duds/Mike and Ike style of thing - it even looks like she is holding some in her other hand. Obviously we have to figure out what kind of candy it is so that we can figure out when she time travelled to this concert from

I think it’s an half frame pocket camera. these would use half the frame on a normal film roll to pack twice as many pictures in, and would have to be held vertically to make a landscape picture. Technology Connections has a neat video about how the automatic exposure on one of these worked.

Sony had a cassette recorder on the Moon landing in 1969, in 1972 they released the TC-55 bootleggers friend.

has anyone got a charger?

Ok, felt like an 80s thing. I guess in the intervening years my once photographic memory of the 1970s Radio Shack catalogs has deteriorated

Those old Sony machines were incredible. I may still have a WMD-6C somewhere.

If time travel was real, they wouldn’t let you back with tech that was either not of the time period, or at least camouflaged to look like it was.

And those period touches like having or not having smallpox vaccination scars.

That’s my Auntie Maureen. I told her tomorrow not to use it too early. She never listens.

We’re nowhere near having a time machine being a thing, if its even possible at all. Assuming some day in the future time machines were made, we certainly would not have cell phones in the current form factor. That’s like someone in the far future using an original iPhone to take pictures in another era… because… reasons?

We simply need to search all of the videos on YouTube for the “Influencer” who has posted the iPhone video of an Elvis concert. Based on the number of videos on YouTube, if we each start watching now, we’ll have identified them within a few kiloyears.

Look for the one in portrait format – there’s your culprit.

That reduces the search space from ~800 million videos to ~450 million. Let’s get crackin’!