Anything can be turned into drudge work. Anything.

At the risk of stating the blindingly obvious, it’s not only what you do, but why you do it that determines whether or not it’s enjoyable.

Balance didn’t take into account free will to move on.

Seems like when someone decides to do something they do for leisure as a career, that fun thing often becomes a slog and they start nitpicking the tiniest, smallest things. What was play isn’t joyful when it becomes work.

This happens more often than not, i play Overwatch and I’ve seen a good number of high profile burnouts from pro players within the last couple of years. The few scenes i feel are pretty stable are with fighting games but its because the meta isn’t drastically changing like it is in other pro-level games. Typically streaming can be just as lucrative and less stressful as competing at the pro-level

Love what you do for a living, don’t do what you love for a living. I’m sure it works out for some people but repetition and pressure to succeed can breed contempt. Other sports just happen to filter out a lot of the people for whom the love of the game has died, and even then you get some high profile burnout.

Oh man, to have been a fly on the wall in the Epic executive suites while this is rolling. Might be dangerous when they start banging their heads against the wall.

with cameras and lights on you, you decline and criticize the creators over game balance issues.

Ummm… have you ever been in a gaming community @beschizza?

Bitching and moaning about balance issues is one of the main things that go on in them. Heck, I watched this 8 minute video that called Titans in PVE useless in Destiny 2… twice in the past 24 hours

At the risk of stating the blindingly obvious, it’s not only what you do, but why you do it that determines whether or not it’s enjoyable.

Back when I went to a weekly session and went to juggling festivals on the regular I would get asked why I don’t perform. One I wasn’t that good and as I hung out with guys that did I knew of what I spoke asd also I knew it would be too much like work and not fun anymore.

In all fairness, they play video games for a living, not just this game.

I write for a living. If I was forced to write the same book day in and day out, with no sign of it ever being completed, I’d be grumpy too. But I finish a book, I get to come up with new ideas and start in on fleshing that out. I’m not stuck on the same godforsaken island day in and day out, doing the exact same thing, building the same structures, going for the same weapons.

Also, that phrase “love what you do for a living, don’t do what you love for a living” is as strange sounding as “it is what it is”. They’re both so completely nonsensical and fatalistic when you give them more than a few moments of consideration.

People quit professional sports every day when there heart isn’t in it. Look at all the people who decide tooling around single-A baseball isn’t worth it. Meanwhile compare them to all the journeymen for whom baseball is life and they can’t imagine anything else.

Imagine instead of growing up with baseball they grew up with something baseball-like but with a variety of options for playing. So for them the game is life, but not that specific iteration of the game. They have a variety of choices at their disposal.

I can’t blame them for moving on when what they’re doing doesn’t appeal to them anymore.

This was a college league event and not the big multi-million dollar fortnite world cup. I am not clear how much of a bowing out of the big leagues these guys are doing vs having won a college intramural tournament.

I am sure they are great players and this is certainly them saying they don’t have enough fun playing Fortnite to compete in the pros, but I am not sure this is the same as having pro champions who have won $100s of $1000s of dollars in Epic’s league quitting.

The pros in Epic’s league are griefing up a storm about Epic and have been since day 1, but they keep playing.

but they keep playing.

well that boat isn’t going to pay for itself now is it?

Multiplayer competitive video/computer games are something that makes me feel old, like my father complaining that Ultimate Frisbee isn’t a sport.

For me video games aren’t supposed to be social or competitive, but rather a solo narrative where I get to escape from a competitive, social real world. Get off my level 40 upgraded digital lawn.

The huge difference between sports and esports burnout is how much earlier esport players burn out before their sports counterparts.

For an NFL player you’re considered old if you are in the late 30’s to mid 40’s. For most esports (with the exception being fighting games in general) the old age boundary is mid 20’s.

With something like the NFL which has an off season and an busy weekly pre-season and regular season schedule, it’s nothing compared to a team FPS schedule. That’s an 80 hour+ workweek with an hour in the gym right after you wake up and game playing from mid morning to oftentimes to late night (with a few meal breaks mixed in) six days a week both on and off season.

My wife paints minis for a hobby. It is a thing she has loved to do for decades. Recently she has been commission painting for Real Money (don’t worry, this isn’t an ad, it is on topic).

She has also discovered she enjoys painting minis a whole whole lot less.

We have talked about it a lot, and while she loves the validation of people saying “no, I’m not just saying that looks great, look have $100s to pain one just like that for me!”, it also seems to be transforming a joy into drudge. Not stay up late painting because you had an idea and want to see if it looks as good on resin as it did in your head…but literally “make another one like the last one”. Not “which os a half dozen fun things should you do tonight”, but “oh, I have a pile of unpainted minis I have to get finished and into the mail”.

So I can see how a Fortnite champion has “played” enough footnote under non-fun circumstances to make it not something they want to do a whole lot more of.

This isn’t true of all people and all “could be a job” pastimes. I professionally program. I program for a hobby. I’m just lucky that doing the one hasn’t crushed the joy out of it for the other.

Reminds me of a line from an article I read today about the guy currently exploiting
Jeopardy, that they weren’t so much playing the game as beating the system. Once beat, they lost interest. I’m not sure they were having the same “fun” as most other players.

She has also discovered she enjoys painting minis a whole whole lot less.

I found this when I started doing album covers full time after doing it for fun (and for free) for friends’ bands. At first I couldn’t believe people were paying me for this and making a fun hobby into my salary.

But then you get that first really bad client who hates your work and yells at you and makes you refund his money because he’s impatient. And then another one.

And then you get that week where you get a backlog of work and have to cancel lots of fun plans so you can churn out your fourth crappy gangsta-rapper-sitting-on-a-Bentley cover of the week or do the fifteenth revision of a guitar you had to Photoshop into someone’s hands and they still can’t decide what model of Gibson to use at 2am.

It’s really not hard for a hobby to become something you resent when you’re forced to do it.

This happens more often than not

there might also be something about fortnite in particular 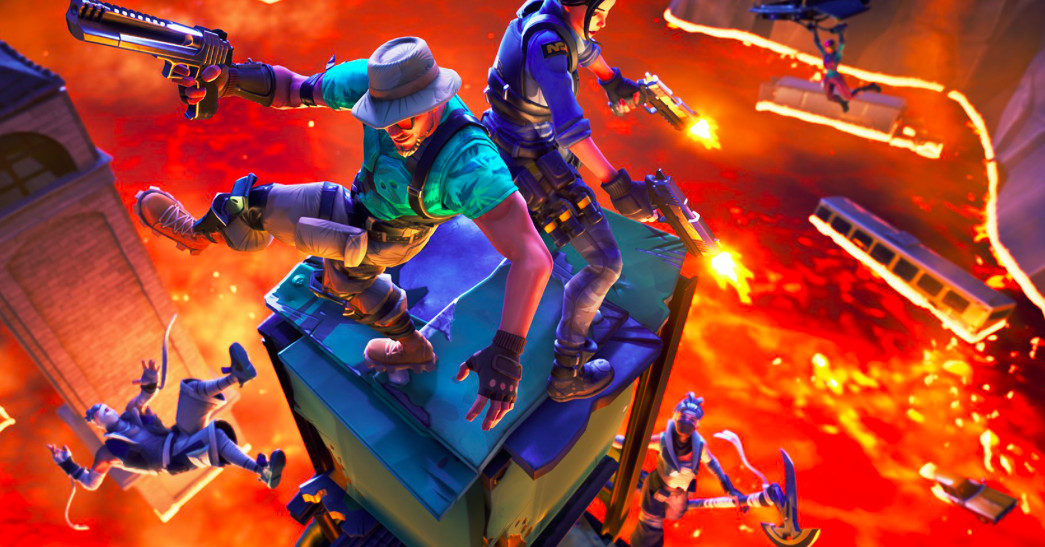 Despite cries to "revert," Fortnite stays the course

i was reading this the other day, and it sounds like epic made changes for competitive play, realized regular players didn’t like the changes and rolled them back. leaving competitive players super unhappy

it could be a message to epic: pay attention to us. 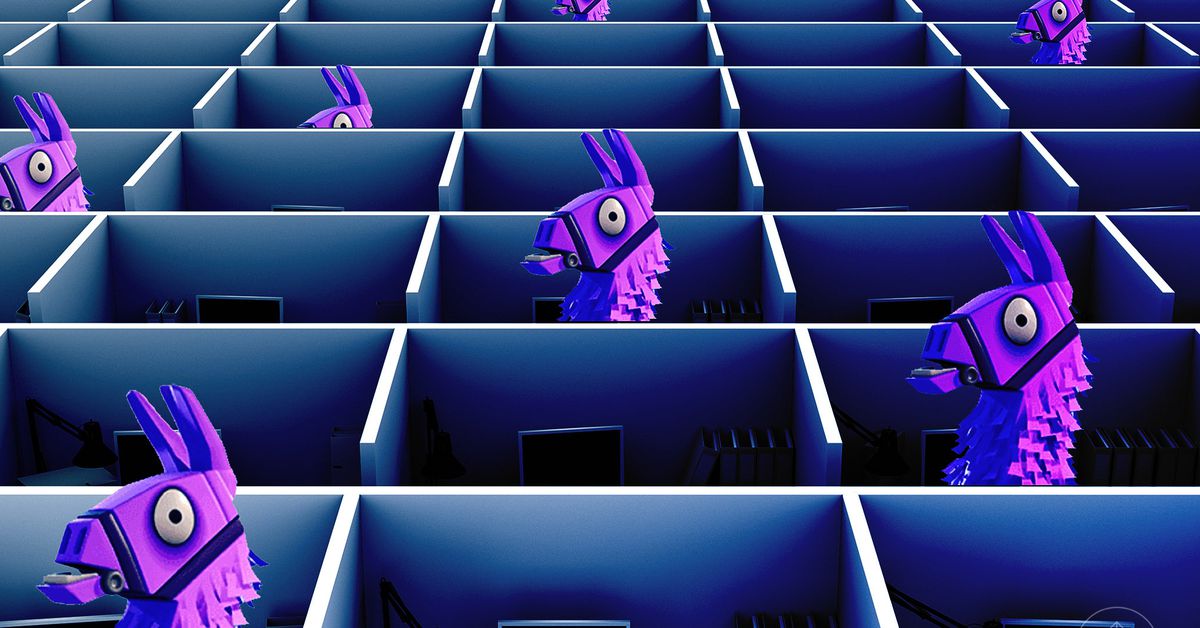 obviously they weren’t. but that would have been both cool and useful