So essentially a Jurassic owl pellet. 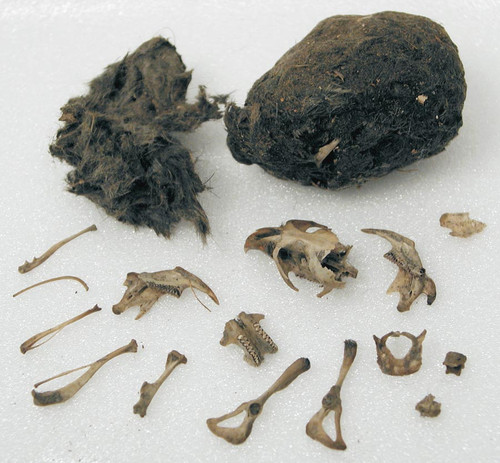 It’s a weird assumption that the dinosaur vomited from a standing position, instead of bending down close to the ground. Does any animal vomit while upright? Seems to be a universal instinct to bend down while doing it, at least among mammals.

Okay, I see how they identified it, but how did they find it? Did someone step in it? /s

Or as an introduction to Mitch McConnell.

The violent contraction of the diaphragm (at least in humans) definitely forces one to bend (hunch) over with that helping to direct the vomit stream away from oneself, thereby avoiding a mess on oneself. I’ve only vomited once – but it was a classic example of projectile vomiting. It was during my visit with parents who had relocated to Pennsylvania. I got infected with giardiasis and I had just barely made it to the bathroom. I had no say in hunching over; it just simply happened.

I imagine vomiting standing up is like sneezing with your eyes open. It may be possible, but you won’t like it.

It’s a pet peeve of mine and it seems to happen constantly, that paleontology (and anthropology/archeology/other scientific) articles will often describe something cool and then not include any pictures. You cant taunt me like that! Can anyone find pictures of this particular thing?