Originally published at: France bans use of meat words like "steak" and "sausage" on fake meat products | Boing Boing

Who drinks it if it’s almond juice or oat extract?

Can we please do that here in the US, and add “yogurt” to the list?

The British will be furious.

You want to make it illegal to put the word “yogurt” on any product that doesn’t contain meat?

Seems weird but to each their own.

Ha. From the Fine Article you didn’t read: 'It’s already been illegal to label non-dairy products “milk,” “cheese,” or “butter.” ’ The yogurt section of my local stores mixes up the regular yogurt, the abhorrent “oat milk yogurt” and other non-dairy lactobacterial fermented foodstuffs in the dairy case, and the lack of a labeling standard means that it is often required to read the tiny, fine-print of the ingredients list to determine the actual contents.
(edit for appropriateness of comment.)

it is often required to read the tiny, fine-print of the ingredients list to determine the actual contents.

Never had that issue. Non-milk yogurts either have silly names like Oatgurt or are clearly labeled, on the front, “non-dairy” or “oat milk.”

I think these labeling laws are unnecessary and aimed at propping up the meat and animal milk industry. No one really thinks those plant nuggets or whatever are meat. And if they do, they only make the mistake once.

I think these labeling laws are unnecessary and aimed at propping up the meat and animal milk industry.

Of course they are, because if it was about labelling safety, they would have zero-issue with something like “plant-based sausage” being a thing. Instead, they want to remove any semblance of “sausage” because they know it will be harder to market the products that way.

No one is going to read “plant-based sausage” and think that’s a meat product.

Never had that issue. Non-milk yogurts either have silly names like Oatgurt or are clearly labeled, on the front, “non-dairy” or “oat milk.”

Which makes perfect sense because in most cases the “non-dairy” part is the main selling point for those products as they are marketed toward people seeking out alternatives to yogurt made from cow’s milk. Same goes for plant-based “meat” products.

Consumers being “tricked” into buying plant-based meat and dairy substitutes is a nonexistent problem, at least in the United States.

Yeah, I mean… it’s not like there is only one kind of sausage or steak, either. You can have pork, chicken, turkey, beef sausages, so why not plant-based…

Cards on the table - I’m a Vegan. Yes I know Vegans keep telling you they are vegan: that’s because you assholes will feed us meat unless we keep it in the forefront of your minds.
Absolutely it’s a lame attempt to prop up the meat industry. Unfortunately no-one is mistaking the Soya/Quorn/Seitan alternatives for actual “meat”. We like to have a focus on a meal. Sure we often do curries and risottos and stuff that don’t even have any fake meat in them, but everybody likes a change.
The thing is, in the UK you don’t NEED to call the thing a sausage. It’s a banger.
[for those not in the know - and we did have to explain this to an American visitor - they are called bangers because in the old days the skin was something’s stomach membrane, and if you forgot to prick each sausage with a fork before you threw it in the frying pan, it would go “BANG” and cascade its contents in an unseemly manner.]
We’ve been eating Veggie-Bangers for years and years. Bring it on, Meat Industry!

Absolutely it’s a lame attempt to prop up the meat industry.

Just the latest front in a coordinated multinational lobbying effort that’s been underway for years. 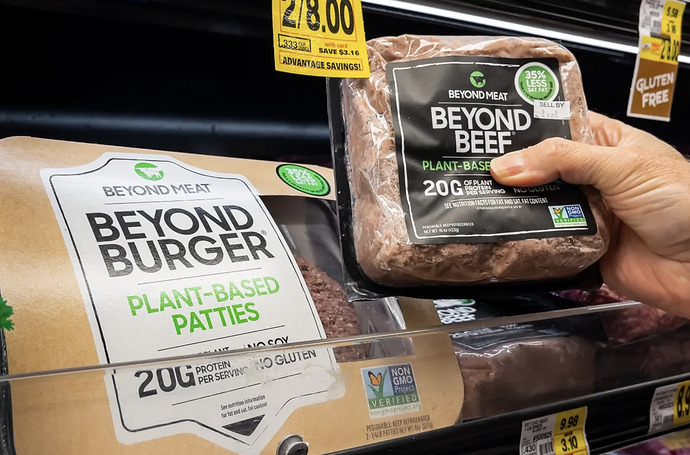 The meat industry has been long green-washing its products—but in recent years they have also begun to target the labels of meat-free alternatives. 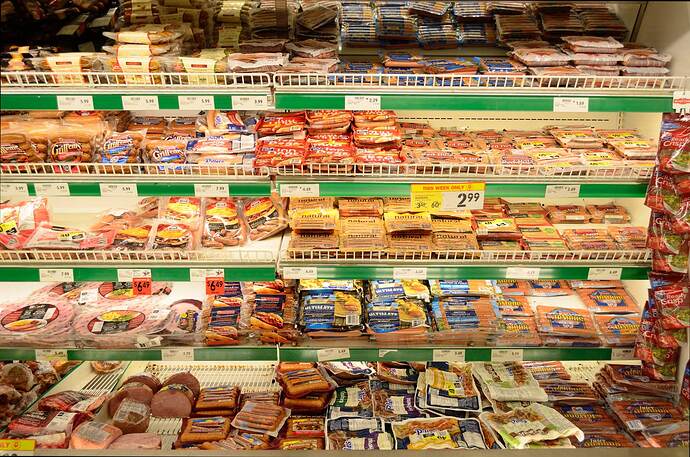 Why are meat companies fighting over labels on plant-based foods?

Meat producers in many states are lobbying to keep the word meat off labels of plant-based products like the Impossible Burger. 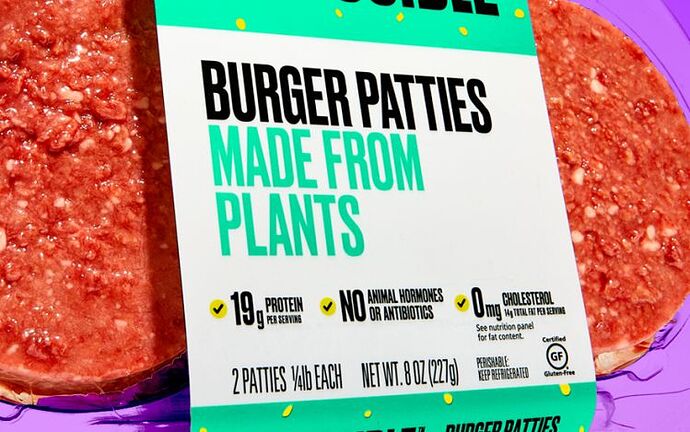 Plant-based brands have blasted the latest wave of bills proposing restrictions on the use of terms such as ‘milk’ and ‘meat’ in states including New York and Texas as “a solution in search of a problem,” but say more work is needed to persuade... 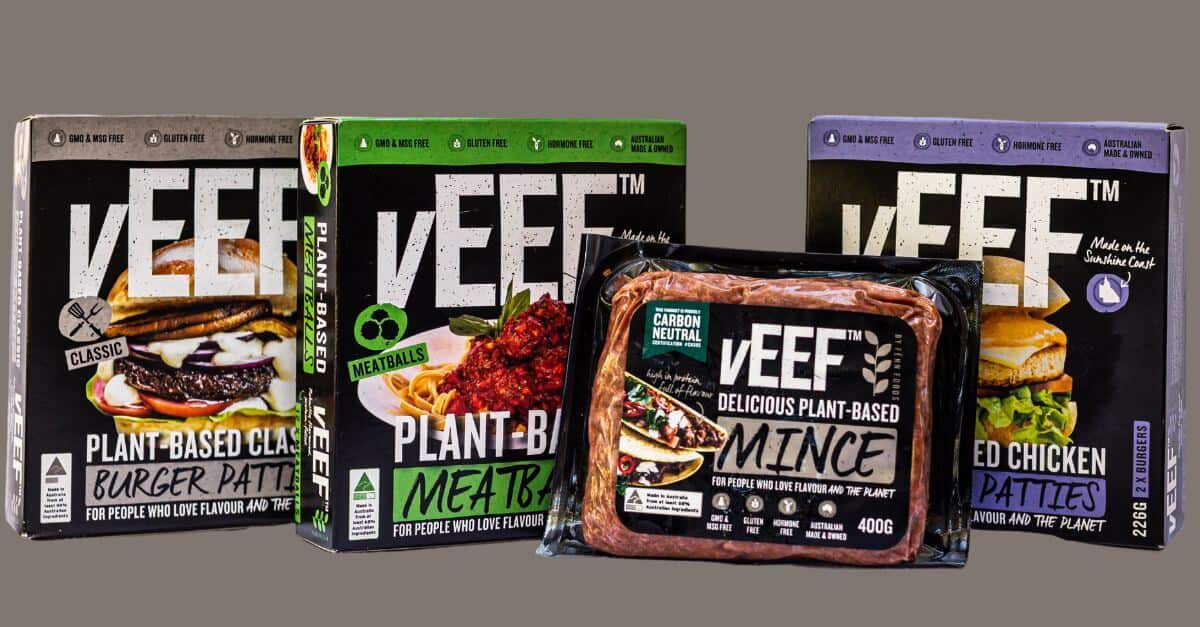 The Australian Red Meat Advisory Panel has commissioned a survey claiming that consumers are misled by the packaging of meat alternatives.

I eat meat all the time and I say this “consumer confusion” claim is seven kinds of bullshit.

As a vegan, would you prefer the plant-based meat alts be called something not meat-like?
Plant bangers sound yum

Clarity in food labelling and laws designed to ensure that customers know what they’re getting when they buy something would seem to be a good idea, no matter what food we’re talking about.

In an era of heightened awareness of allergies and food intolerances, everywhere should be making it easier to identify the contents of what you’re eating. And it’s no surprise that France, with its history of strong support for country of origin labelling, the PDO scheme, and appellation d’origine contrôlée is leading the way.

Clarity in food labelling and laws designed to ensure that customers know what they’re getting when they buy something would seem to be a good idea, no matter what food we’re talking about.

…and that has fuck-all to do with this particular issue since no one pays for a “plant-based sausage” thinking they’re going to be consuming pork.

If this was about keeping consumers informed then the pressure to enact these labeling laws would be coming from consumer safety and advocacy groups instead of the meat industry.

I eat meat all the time and I say this “consumer confusion” claim is seven kinds of bullshit.

This Is What Really Hides In Taco Bell's "Beef"

Taco Bell "beef" pseudo-Mexican delicacies are really made of a gross mixture called "Taco Meat Filling" as shown on their big container's labels, like the one pictured here. The list of ingredients is gruesome. Updated.

(But it would continue to confuse me whatever label it’s given, so probably no point in trying to solve that with legislation)

something something just sparkling nuggets

I say this “consumer confusion” claim is seven kinds of bullshit.