You know you’re really onto something provocative when industry lobby boards feel threatened enough to try to get you shut down. This is a powerful example of FOIA activism, I’d love to see more of this type of thing.

Not a surprise. The people who scream ‘FREE MARKET!!’ are usually the ones who want protection when the free market turns against them.

You know what they say, “you can’t make an omelette without breaking some legs.”

At some point during the summer it was “Poultry awareness or something like that” day and almost following me on the radio at various retail locations was this event saying how wonderful chicken production was. This was in Canada however I do wonder if it had similar origins.

Wasn’t there a legal challenge for their “Just Mayo” product somewhere because it didn’t have eggs? I think Unilever/Hellman sued them because you can’t call it Mayo without eggs, but I think it got dropped.

All this does is make me want to buy the mayo and cookie dough and see what all the hubbub is about.

Not a surprise. The people who scream ‘FREE MARKET!!’ are usually the ones who want protection when the free market turns against them.

To be precise, transparent, free markets are such a good idea that whole industries exist to undermine them. The problem of capitalism is not, in fact, the free market, but the fact that hoarders of capital can prevent them from taking place - and that applies to the free market of ideas as well as commodities.

[quote=“ethicalcannibal, post:7, topic:65420, full:true”]
Wasn’t there a legal challenge for their “Just Mayo” product somewhere because it didn’t have eggs? I think Unilever/Hellman sued them because you can’t call it Mayo without eggs, but I think it got dropped. [/quote]
Unilever dropped the suit, but it’s still up in the air if regulatory agencies will get involved (last I heard, anyway). However, they had one good defense in that the FDA only has an official definition for “mayonnaise” and not “mayo”.

Wasn’t there a legal challenge for their “Just Mayo” product somewhere because it didn’t have eggs? I think Unilever/Hellman sued them because you can’t call it Mayo without eggs, but I think it got dropped.

It did NOT get dropped. In fact, the verdict just came in that they’re not allowed to call it “Just Mayo” because of that pesky little egg requirement. One could argue that “just mayo” instead of “just mayonnaise” covers it, but of course it was also argued that EVERYONE KNOWS mayo is the same thing as saying mayonnaise.

Like many others, the lawsuit made me seek out and try Just Mayo. Turns out, it’s the best “mayo” available commercially that I’ve ever tried, especially including what passes for Hellman’s these days.

edited to add: my memory failed me a bit. It’s the FDA, not a lawsuit, that has prevailed:

Just Mayo maker warned by FDA that mayonnaise has to have eggs to use that name.

Because the government should have an “egg board”, of course. What does anyone expect to happen, but protectionism and regulatory capture? It’s an immutable consequence of government.

Mayonnaise is the expressed back-zit pus of Satan. Why anyone would go to the trouble of creating an artificial version of such a substance, except as part of a remake of The Fly, I have no idea.

Alright. I have got to try it out. Hellman’s sucks these days.

That reminds me, it’s time for lunch! 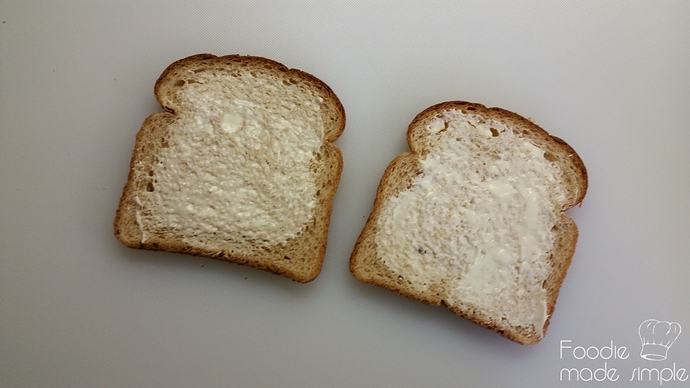 ok, don’t call it MAYO, call it SOMETHING ELSEO

things I learned from BoingBoing today - every major company operates using ‘PSYOPS’. Half of the list up there (literally everything before ‘lobby people to talk nice about chickens’) is normal SOP for companies.

How to use mayo:

I’m all for alternatives to Mayo, but it does seem like you need to have some sort of requirement for what constitutes something labeled mayonnaise, which is pretty simple at it’s core - eggs, vinegar, and oil. I think saying that they need to contain eggs makes sense, but maybe ‘egg-less Mayo’ would be good enough.

FWIW, I love mayonnaise and it’s delicious. Bunch of wrong-knowers in this thread.