Agreed. When companies lobby for changing the definition of “Ice Cream” and “Chocolate” to substitute cheaper ingredients than what is specifically in the product’s name we rightly push back.

While I’m also interested in their Mayo substitute, they need to alter the name just like you would if you didn’t use milk and flour for your Bechamel, or tomatoes in your tomato sauce.

Technically, mayonnaise is egg yolks with oil added, slowly at first, while being whipped. But if you look at recipes, they start to venture far astream from just those two ingredients. And that’s really the issue: the term was codified by the government (thanks to lobbying by the industry which most benefits from the official definition) decades ago, and doesn’t really take into consideration how people who cook from scratch use the term.

My favorite example of this is “milk”. The national dairy council has successfully lobbied for the legal definition of “milk” as coming from a cow, so any similar product has to refer to itself as a “beverage”. But historically speaking, humans probably drank goat or sheep milk first, not cow. And nuts and legumes are known to have been used as food for much longer than that. So why can’t a product be labeled “soy milk” or “cashew milk”?

You should see what the lobby lobby has done to the legal definition of foyer.

A detailed review of emails, sent from inside the AEB and obtained by the Guardian, shows that the lobbyist’s anti-Hampton Creek campaign sought to:

Tell me again how we don’t need professional journalists. I will assume from now on that all bloggers are compromised, by any number and nature of individuals and organizations.

Well, I think that while recipes to wander afield from those two ingredients for mayo, they almost always include them, which sets a minimum standard like we have for ice cream or chocolate.

I find the idea of soy milk or cashew milk kind of hilarious personally (EG the old lewis black joke where you can’t have soy milk without a soy titty.) so I think that ‘soy juice’ is probably more accurate. Goat/sheep/etc milk? Should just be called milk.

Edit: and just to be clear - I can’t drink milk, so this isn’t the MILK BOARD having gotten to me. I’m lactose intolerant so soy juice is my go-to coffee filler. I just find the name weird.

Welcome to the post-modernist world we live in, I suppose.

It’s now the meta-modern age. But just because some unethical behaviour has become prevalent doesn’t mean that we have to accept it. I still rely on many professional journalists to help me interpret and understand my world. I’ll just be relying on them a little more, and finding more ways to support them, while reducing my trust and patronage of bloggers. /eye of the tiger

I think that cooks use terms to clarify, so for example, saying “soy milk” makes sense because you’ve got a milky (white) beverage, with the qualifier soy in front to indicate what kind of milk it is. In other words, the language evolves out of usage, which seems the best way to me. Having a lobby group decide that their industry is the standard and no one else gets to use their term is problematic for me. Especially in this situation, where the industry has no problem using the term in cases like this: 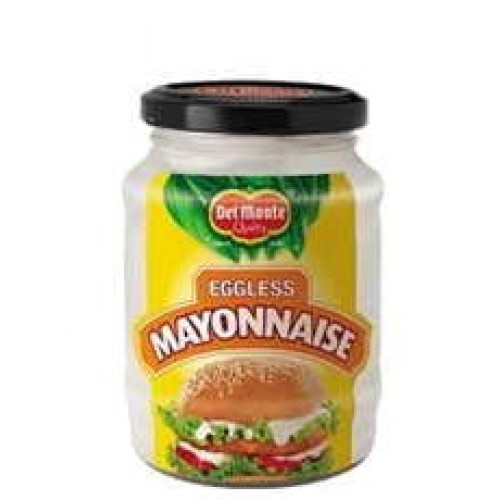 If the name of the new product had been “Just Mayonnaise”, that would be different. And yeah, in hindsight, they should have come up with something else as a name. But Just Mayo makes it sound like it’s in the range of white sandwich spreads but somehow simpler. In this case, the simplicity has to do with the fact that there are no eggs. And I have a suspicion that the industry would have still gone after the brand if it had been labeled: Just Mayo, the egg-less mayonnaise.

It’s “Mayo”, just without the critical ingredient.
Words like Simply, and Just are powerful motivators though.

Coca-Cola won't say how it makes its best-selling Simply Orange orange juice, but one thing is for sure: It's not so simple.

liked for your /eye of the tiger reference

Eggs are not a critical ingredient. Mayo is one of the things that is very easy to make an amazing vegan variety of. They have gotten so good, that I don’t even care which variety of vegan mayonnaise I buy anymore, I just grab whichever one is cheapest, they are all good. And there has been good vegan mayo for a looong time, like a decade at least, This is not a new thing.

Streisand effect! I’ve now got a jar on my Amazon wish-list for when funs free-up.

This is a standard modus operandi of public relations agencies. Many subjects are paying big money for very similar operations. Few get outed.

I still rely on many professional journalists to help me interpret and understand my world. I’ll just be relying on them a little more, and finding more ways to support them, while reducing my trust and patronage of bloggers.

Bad news for you: everybody is potentially compromised. The more “trusted” the source is, the more tempting (and valuable) it is to compro it.

Mayo by both common and legal definition is oil emulsified into egg. So I wouldn’t call the egg requirements pesky. It the very nature of the thing. Its what it is.

So while I’m willing to bet helman’s has better shit to do with their time, calling the product “just mayo” is deceptive on its face. Doubly so because the “just” part would seem to indicate a lack of additives stablisors and what have. Which is basically what you have to use to make mayo substitutes without eggs. Before I heard about the lawsuit I genuinely thought. Just mayo was just another brand of ridiculous artisinal , holistic , biodynamic, probiotic solve all your problems mayonnaise. And I’m willing to bet that’s exactly what they were going for. They should change to name to " not mayo" it’s a lot more accurate and it’s also much more clever than their original name.

I bet it is pretty good though. Vegannaise is pretty good so if one company can figure it out I’m sure others have. Personally I prefer Japanese mayo for my classy mayo needs though.

. Which is basically what you have to use to make mayo substitutes without eggs.

Aspic is NOT an additive. Just pure, solidified meat stock.

Mayo by both common and legal definition is oil emulsified into egg.

The FDA reg doesn’t mention “mayo,” it only specifies the full name

Contrast this with Catsup where the FDA specifies alternative spellings.

Turns out, it’s the best “mayo” available commercially that I’ve ever tried

Agreed. It’s frigging good. The sriracha version is p-good too.

Also, for those who are knackered by CD’s title, this is in-line with how others are covering the story

Professional journalists? Check out this hatchet job from Business Insider. I don’t know that the journalist or BI were paid off or “encouraged” to run the story or what, but these revelations of blogger payola make it pretty suspect.

well it makes sense. From Wikipedia…

The Larousse Gastronomique suggests: “Mayonnaise, in our view, is a popular corruption of moyeunaise, derived from the very old French word moyeu, which means yolk of egg.”[12]

several other etymologies are suggested, but Larousse Gastronomique is an authority…