I wonder if it’s going to be trickier to sort out the causal link with violent crime this time around given that the end of legalized abortion is coinciding with an overall rise in American fascism.

Don’t forget the insane proliferation and near-total deregulation of guns.

Without addressing the rest of this, um, thesis, I’d only point out that 20 years after Roe v. Wade crime was still at its absolute peak, and thus no alleged countereffect was or could have been visible except in hindsight 5 or 10 years later

So anyway, see you all in 30 years

Don’t forget the insane proliferation and near-total deregulation of guns.

At the rate they’re going, the SCOTUS is also going to allow the death cult states to put lead back in gasoline. Validation galore!

Good thing the presence or absence of legal abortion is a variable totally independent from other social effects, or it would be extremely easy to get correlation without any causation.

I think there may be some causation with that correlation, but I think falling levels of environmental lead have an even bigger effect.

Maybe the Democrats will actually win and DO SOMETHING in 2022/2023 to codify the right to abortion.

I think falling levels of environmental lead have an even bigger effect.

Lead, lead, lead! No study of crime can be complete without directly addressing lead. 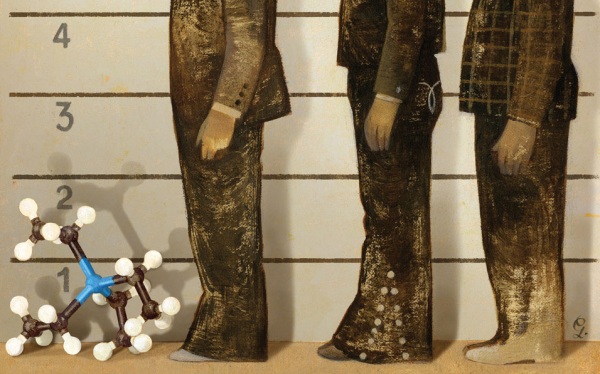 An updated lead-crime roundup for 2018

A few weeks ago I promised an updated roundup of evidence about the link between lead poisoning and violent crime. Here it is. It’s in three parts. Part 1 is the basic story. Part 2 is various bits of commentary explaining different details and...

At last! A direct connection between the two headline decisions last week. The polymath Lords on the Court foresaw that with abortion being banned, the Real Americans™ will need unlimited firepower to defend themselves from the ravening Hated Hordes.

I think there may be some causation with that correlation, but I think falling levels of environmental lead have an even bigger effect.

Ah! Thank you. Now we have all three of the headline rulings connected: neutering the EPA wrt air pollution leads to more fetal and maternal neurotoxicity, leading to more demand for abortions, which (when forbidden) lead (smirk) to more unwanted and executive-function-deficient children and thus more powerful weapons to defend Real America™.

This article also brings things full circle in another way… the same generation that was addled by high levels of blood lead as children is the one that voted Trump into office, and it doesn’t seem entirely unimaginable that the propensity towards hate- and anger-fueled thought patterns that made Trump popular among this generation may have been caused by lead. For any forward-thinking politician with an R next to their name, re-legalizing lead in gas and paint ought to be considered a viable electoral strategy right up there with gerrymandering. I mean, 20 years is a short time frame for someone fresh off a successful 40 year push to overturn Roe v. Wade.

Wait a minute. I thought it was fixing all of the broken windows that caused the decrease in crime.

All those glaziers who were put out of work turned to a life of crime, surely

All the lead paint on the windows set them up well

Except that lead poisoning tended to have higher impact on communities of color, who did not vote for him in large numbers.

Filed under “Research I Would Rather Not Do.”