The most ingenious thing I saw this week was the color lighting by Phillips, called Hue, which is controlled by a smartphone. I really enjoy lighting colors and such, so I am very happy to see some progress in this field. If I am selected to get the tickets, I will bring my 14 year old daughter.
Richard Smith

Today I found one of the most ingenious things on my Google News Feed. Dr. Sanjay Gupta changes his stance on medical marijuana, saying that we have been deceived and that he didn’t dig deep enough when he was against it in his Time Magazine article back in 2009. He found that when it was listed as a Schedule 1 drug, it was because there was a lack of knowledge about it, and now he says " I promise to do my part to help, genuinely and honestly, fill the remaining void in our knowledge." Good article on CNN http://edition.cnn.com/2013/08/08/health/gupta-changed-mind-marijuana/.

http://www.banditguns.com/ <- not new to me this week, but I ws playing with them again and WOW. How many years have tinkerers and crafters been making rubber band guns the same way? 50-0 years? The last major development was probably the implementation of the clothespin.

and now a home tinkerer makes use of laser cutters to design an ingenious pump action home assembly rubber band fun kit which uses the same rubber bands it fires as springs for operating the trigger resest and pump reset?

This is where the rubber meets the road and really changes the game.

The most fascinating thing I saw this week was a billboard in Peru which gathers moisture out of the air and turns it into drinking water. Since annual rainfall there is just over half an inch and well water isn’t exactly clean, this is a wonderful cost effective clean water solution for local residents. Check out the link here:

UTEC (University of Engineering and Technology) in Lima, Peru promoted the 2013 engineering program by using a billboard to tackle the lack of drinking wat

It would be great to be selected for tickets as a post-birthday gift both my wife and I could enjoy together.

The most ingenious thing I saw this week was at a Taqueria in the Mission where they had some old school ingenuity on display in their stools. Solid hardwood, with a seat made of woven leather, stretched and tacked to the frame and a blacksmithed twisted metal bar as a stretcher for the legs. I liked this for the combination of materials and the hand-crafted nature of the stool that showed the ingenuity of artisans, tradesmen and craftsmen that led to our current technologies and material modification techniques.

Hue! I remember that from the reporting I used to do for Architectural Products magazine. It is cool. Great choice.

Wow, this is such a great thread! I want to do more of these! Thanks everyone!

Dendrites on stone… I saw this in Montana while visiting family. It’s a wonderful example of nature as art.

Two inventors from Hamburg, Germany are offering hyper-realistic 6- to 14-inch miniatures through their startup Twinkind to produce a “mini-you”, a 3D-printed photo figurine. The smallest is $300 for a 15-cm statue, and “pets are welcome” if you’d rather have a wee statue of your dog. It’d be awesome to have a collection of book characters for the K-8 school library I manage in San Francisco!

Anyone who works in user interface design and dev knows the necessary hassle of cutting your design files up for use in production. This simple little program runs in the background and exports PSD elements on the fly. We just started using it but it looks like its going to be a huge time/effort saver.

I just found the film archives of the 3rd annual Robot Film Festival:

This handheld magnetic railgun is pretty ingenious. We don’t need more guns, of course, but as a proof of concept for the technology it’s really interesting.

Mag-guns are pretty impractical, but they're always fun to fire. Larsplatoon knows first-hand. A few years ago he put together a crazy single-shot coilgun that tore up household appliances one 1.25 kilojoule shot at a time. Now, he's opted for full...

Last night, I went to The Outsidehacks demo celebration in San Francisco and saw the most ingenious apps created in 48 hours to help musicians, fans and festival operators create something cool together at shows. CrowdSpirit was my favorite app: you run it as an audience member and it turns your mobile phone into a light source. Then the band’s lighting director can include the audience’s mobile phones into the concert lighting experience. It really blew my mind that you can have a collaborative art experience that connects and blurs the line between performers and fans.

I wanted to meet the Crowdspirit team but, ironically, they were too young to get into The Independent which serves alcohol and is 21+.

Christ, first time you saw that was this week? Are you new to town or taquerias? lol

The most ingenious thing thing that I’ve encountered this week is probably how some French WWII prisoners built a camera and filmed life in prison. Pretty crazy. 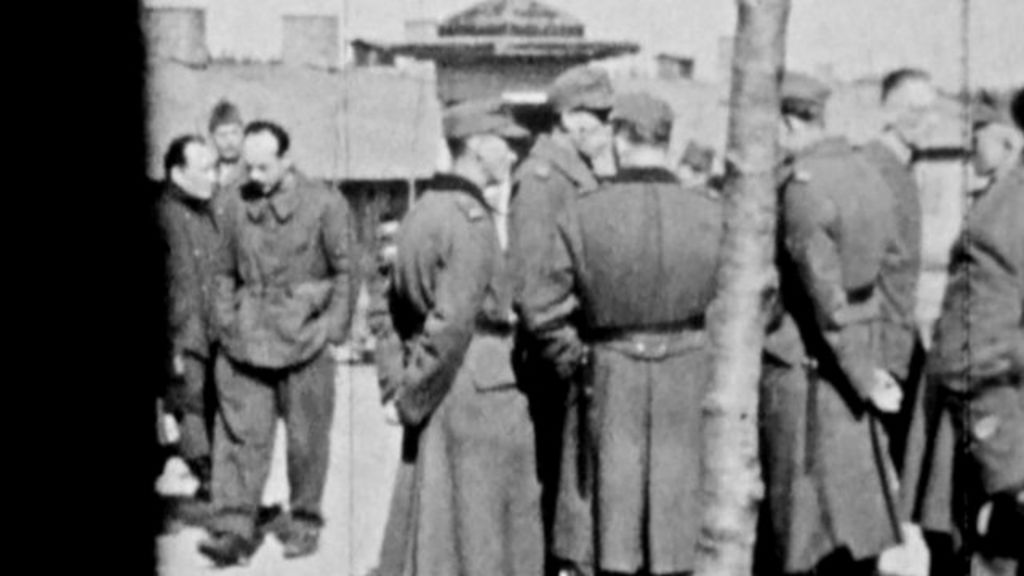 Clandestine footage from a German prison camp in World War II shows how French officers got through the long days - and built escape tunnels.

The most ingenious thing I saw a friend do was to fold the bottom right corner of his resume right before he handed his resume to the recruiter.

He had been chatting with the recruiter for sometime, and he made the fold quickly in one swift motion just as he handed the resume over- like a trained magician.

Later, I asked him why he did that considering he add gone to great lengths to keep his resumes crisp and flat all day long as we drove to the job fair.

He explained that that little fold would make his resume “bounce” up when a recruiter goes through the stack later.

Lo and behold, he got the job.
Genius.

PS I live right near the Masonic center and can definitely make the event!

I’d also be happy to talk about my timeline of the whole universe (all 13.8 billion years of it!) that I made with Microsoft Research.

This catshark, captain of his vacuum ship, sailing around the kitchen, fearlessly, is ingenious. I’d love to attend Boing Boing: Ingenuity, 8/18 in SF. Thanks for your consideration.

This week’s most ingenious encounter was the custom steel and wood furniture in an event space in San Francisco. The owners and bartenders are amateur metalworkers and had built all the pieces themselves. Most of them were box frames out of simple stock angle steel holding in stained lumber around the edges. Big brass bolts held all the boards in place inside the frame. In all the pieces in the bar you can clearly see the process used to make them… rough welds, grinds, and torch bent metal are on display. Those pieces were so inspiring that they will now be the basis for a basement mini bar build out.