To solve the problem, Juan Escudero has offered to have “her” remains in Malaga tested for DNA, to prove that it’s not her.

How would this help? If you’re stubbornly insisting that the woman in the chair and the skull on the table are, in fact, the same person, you’re probably not too interested in science.

Bureaucrats believe the paperwork is right, and reality somehow has gotten it wrong. 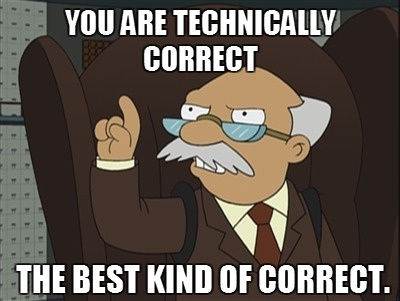 The government is happy to deny her benefits, while the banks are happy to keep taking her money.

the banks have never stopped sending her bills for loans, mortgage, and life insurance payments. “On the government’s computers I am dead, but for the banks I am alive and kicking."

If life insurance companies don’t go by government records, what is their standard for life?

And meanwhile: a lot of desperate folks all over the world are willing to pay top dollar and go through all kinds of hardships, just in order to fake their own death and achieve the same thing that this woman got handed to herself for free…

About 20 years ago my uncle went through something similar. He had some rather severe medical difficulties and someone went ahead and filed the death certificate a little prematurely. He survived (still alive today in fact). It took about a year of paperwork to fix the whole thing and every once in a while there is still a flare up from someone who got the initial notice, but not any of the updates.

My family had the opposite problem. For years after my grandfather died in the VA hospital the US Government kept sending him military pension checks. My grandmother (on my father’s advice) kept all the checks instead of cashing them or sending them back - instead she repeatedly sent back copies of Grand-dad’s death certificate.

When the government eventually initiated court proceedings against my grandmother for fraud and tax evasion she was very happy to have the collection of uncashed checks!

It’s a continuing problem, although one which seems to always eventually resolve itself.

“The news of my death is greatly exaggerated.” – W.C. Fields 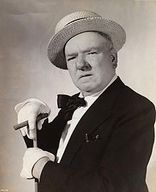 See parents? There is a benefit to giving your kids ridiculous names like Dweezil and Moon Unit.

I myself have a very common first name, so I’ve learned to use a fake name like “Lucifer” or “Caligula” when ordering something at Starbucks.

“Moloch, your cafe americano is ready!”

This is a good explanation. I guess my question then is, who is the someone who says you’re alive? Full disclosure: I have no idea how life insurance companies initiate a claim procedure at all, but I’d always imagined that the family didn’t have to call up the insurance company and say “Yep, they kicked it. Send us the check and stop billing us.”

Here in Norway banks get notified by the state automatically and the surviving spouse or relatives will most likely get a letter from the bank within about a week that explains what has to be done about access to the deceased’s accounts, I don’t know about insurance companies though.

The nearest relative or spouse gets three copies of the death certificate that you can show to people plus the inheritors apply to the court for documentation that specifies how the estate is being distributed. These documents can be used to trigger the various procedures that are needed.

To solve the problem, Juan Escudero has offered to have “her” remains in Malaga tested for DNA, to prove that it’s not her.

It would get really freaky if it turned out she did have the same DNA as the dead body.

It would get really freaky if it turned out she did have the same DNA as the dead body.

Hmm. Or how about if the corpse was related to the daughter and she wasn’t?

I’d always imagined that the family didn’t have to call up the insurance company and say “Yep, they kicked it. Send us the check and stop billing us.”

That’s pretty much how it works in the USA, from my experience.