Gas station narrowly avoids the number of the beast

Are gas prices that expensive in California?

Depends on the location, and that’s slightly higher than normal, but most of the places near me are currently in the $6 range.

Per AAA the current average in CA for regular gas today is $6.036

There are several reasons for the discrepancy, mainly that California doesn’t produce the stuff and environmental rules that result in higher prices. 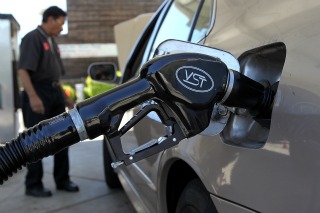 Gas prices are soaring across the country, but drivers are paying more to fill up tanks depending on their state and area code. As of Friday, California has clocked the highest prices at the pump, …

The gas station likely doesn’t have enough “sixes” to produce that price.

Most gas stations have the 9/10 permanently on the sign. (Donny’s discount gas excepted) 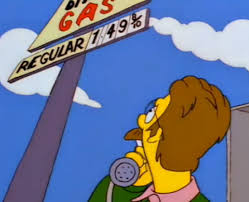 I used to work for Stats Can in the 90s to the early ought’s and our numbers exchange was 666. We had a number of rural farmers for the Agricultural surveys who wouldn’t call back as to inclusion of the “devils number.”

Fuel is really high priced here in British Columbia as well. The big refinery in Washington State is doing maintenance and repairs, limiting their output until it’s done. This has increased the price of fuel on the whole West coast because of scarcity of supply. Stupid reason; they still manage to provide enough for the population to use while making a very handsome profit.

There’s a price to be paid for clean air and going to the beach and not seeing a horizon full of oil derricks. If you lived in California during the late 60’s and 70’s (pre-catalytic converter), the air quality was horrendous. During the summer, you could barely make out the SF skyline from Oakland.

The only sort of relief against this in California is paying cash at Arco for the discount.

It’s nigh on a tenner a gallon here. But!!! By next week ten pounds might be worth six dollars!

I grew up in central Connecticut, and half of my town’s phone numbers started with 666. My friend’s born-again mom must have loved her 666 number.

Also, yeesh, those gas prices. We just got down below $3.60 here in the Denver area, can’t imagine paying that much for gas.

I love my electric bicycle these days.

I’m unsure if you’re saying that it’s okay for tax payers to foot the bill to clean up what private industry fucked up - because,of course, it’s not.

There should be a price paid for corporations looking to save a few bucks actively poisoning the local environment that the tax payers then are having to foot to clean up. It was pretty much corporations responsible for doing shit like they did into the 60s and 70s (and that they’re trying to do again today) and they should get fined out of fucking existence for that. THEY caused the problem and should be solely responsible for cleaning up after themselves. Even toddlers can wrap their heads around that shit.

I’m unsure if you’re saying that it’s okay for tax payers to foot the bill to clean up what private industry fucked up - because,of course, it’s not.

Industry probably does need to be taxed a lot more, but either way I think that some of the choices that California has made (limiting offshore drilling, requiring cleaner fuel blends, etc.) would inevitably cause fuel to be more expensive here than if we followed Texas’ example. Only about $0.54 of the price difference comes directly from our state gas taxes.

As someone who frequently suffered from smog-induced asthma in the 80’s and also saw a lot of tar balls on the beaches as a kid, I think it’s worth it.

I just popped in to say the same thing. Even with this week’s disastrous dive in the value of sterling, $6.66 per gallon is still pretty affordable compared to what we pay!

Sorry, @leicester , Neighbour of the Beast is one of my favourite sayings!