Not certain if this is Orwellian, but it seems to me a simple fix is that they should ask for proof of residency or that they pay taxes in the community before letting people address the board?

I miss the days when obsessive nuts all rambled on about Star Wars at city council meetings. 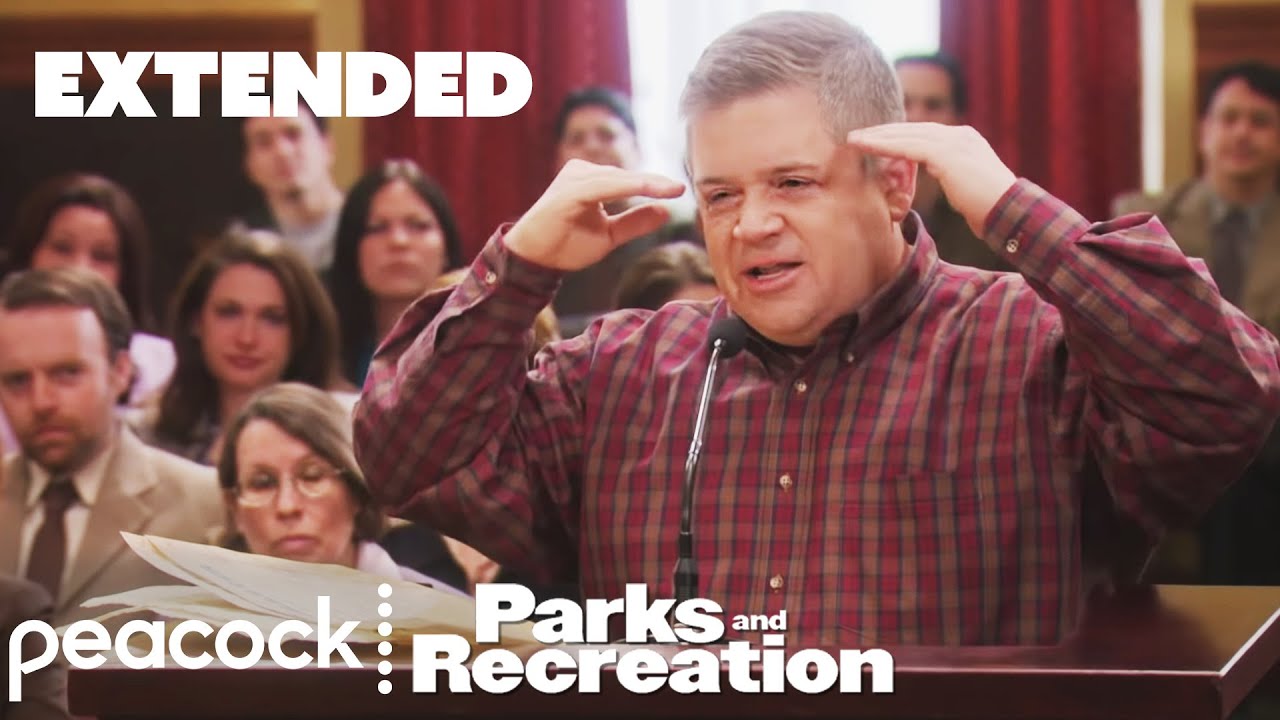 This sort of ‘fine citizen’ is sufficiently common-place so it ought to be assigned a diagnostic label. Every city council i’ve heard from (ok admittedly only about a dozen) can name “Oh that’s just <Rupert Blovoski>, he shows up at every meeting and rants for the limit. We just use that time to check our phones”. Somehow not sufficiently distracted by online gaming…? [wink] 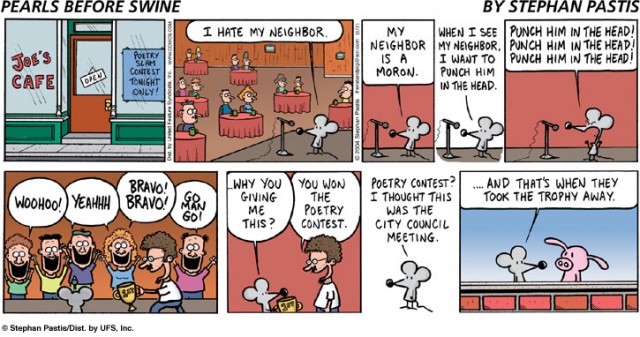 The same goes for regular attendees of public lectures at local colleges. Come Q&A time everyone groans and rolls their eyes when “that guy” gets up to ride his hobbyhorse.

A racist white man with dreadlocks is some next-level cultural appropriation.

I think all the Boing Boing articles like this one should have the facts then purposefully (and openly) use this video and only this video when showing ‘what happened’.

Deniers are projecting the crime they want to commit.

“I’d like to preface this question by first describing my own unrelated research. I’ll conclude with a point that sounds erudite and clever, but is in fact quite inane.”

That you, Ras Trent?

Deniers are projecting the crime they want to commit.

The people higher up know they’re promoting false info, but I think most people down the bottom really are true believers.

There’s almost no point in having any kind of political debate in the USA anymore because so many people are living in an alternate reality-- someone posits that election fraud took place, then it gets treated as true, and any avenue of supposed fraud that gets disproven is either ignored or denied or they just find some other way they think fraud took place-- constantly moving target. Inspecting ballots for bamboo fibers, dismantling voting machines, looking for some kind of clue in data or computer code they don’t even understand. . . they’re convinced they will find it eventually, just like there’s still a chance someone will find the WMDs in Iraq.

They want and need it to be true so badly, because the alternative is that they’re the ones in the wrong, and that’s unacceptable.

…with a clothing line called “slave2liberty,” no less.

Oh, he’s been at this for a while, even takes his show on the road. Even wears the same shirt!

And that’s all we need to know about this grifter.
It’s all just a publicity tour so he can peddle expensive [and no doubt foreign-made] clothing.

This guy looks really familiar, like he’s shown up in a similar context of Q-batshittery public speaking… I wonder if it’s the same guy, or if there’s a qanon sub-type…

Oh, he’s been at this for a while,

Oh, it is the same guy! I guess it was rather unlikely there was more than one…

Definitely a follower of the Paul Devrient/Erik Jan Hanussen school of oratory. Shame he doesn’t live where he rants though.

The people higher up know they’re promoting false info, but I think most people down the bottom really are true believers.

I agree this is probably the case. I also always take the opportunity to point out, though, that what they believe is irrelevant. Their actions matter. Why they are taking them do not. Knowing scammer, true believer, whatever. I don’t care why they wish to destroy democracy, I am only interested in stopping them.

Back to the OP, this guy is clearly grandstanding. His tone makes it clear he thinks he’s Thomas Jefferson giving a grand speech from a historical lectern. It’s pretty maximum cringe.

The fact that this guy literally travels the country making variations on this speech in places he doesn’t live is even worse.

“By the end of his comments, he was screaming at the supervisors, telling them, “You are the cancer that is tearing this nation apart!””
Projection, thy name is Q-Ta*d.

Hmmm, all the weed-fiend glassblowers I used to hang out with complained about the metals they were melting and fuming into the glass pipes they were making and possible long-term side effects…