Fun fact: that young man died one evening as he was driving east as the sun was setting. He was found with a hole burned straight through his chest. Mulder and Scully never did figure that one out, but we know.

Sez you! I get shot almost every time I go out, depending on which ball cap I wear. People either confuse me for a Killer Crip or a guy that likes to Kill Crips! And I get it from both sides when I sport Jayhawk colors!

Truly, the only way to stay safe out there: 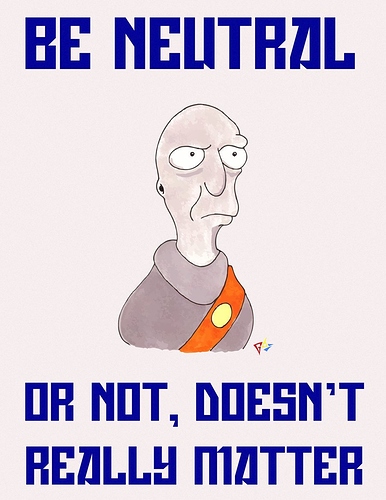 The stupid in this case are the violent thugs and their apologists.

Sorry if this has been stated already, I skimmed a lot of the thugsplaining argument.

that sounds exactly like what biker gangs are best known for. Achievement and hard work.

I personally know some members of the HAs and associated clubs. To a man they are blue-collar manual labor guys. Some of the older ones have worked their way up to being small business owners. None of them are doctor or lawyer dilettantes.

(I don’t know about any criminal activity, and I wouldn’t tell you if I did.)

I’m on good terms with some of the East Bay Rats.

Get them to bring back Fight Night! That was an awesome party.

I have the feeling that the “if you exercise this belief out loud in certain company, you will get beaten up - therefore you are wrong” is one of those logical fallacies that should be on our cheat-sheet

None of that means doing those things is not unwise.

I’ll concede that point, but I have to say: that it unwise is not a reflection in anyway on the person doing the thing we think is unwise. It is entirely a reflection on the other parties. In fact, I wish I could use a different word other than unwise, since there is an implicit judgement there I don’t mean, but I can’t think of one.

Absolutely it is! Unicycling along the edge of a cliff is unwise, right? That reflects on the wisdom of the unicyclist. Just because there are other responsible parties involved (unlike the cliff or the unicycle) doesn’t mean the victim wasn’t doing something inadvisable. Humans aren’t wild animals, and they are responsible for their own actions, but holding criminals responsible is not incompatible with the notion that potential targets should do what they can to protect themselves. This isn’t victim blaming, this is victim reduction.

he does not look like a crook. or do you not use the BB word definition?

[quote=“L_Mariachi, post:175, topic:86897”]
I personally know some members of the HAs and associated clubs. To a man they are blue-collar manual labor guys. Some of the older ones have worked their way up to being small business owners. None of them are doctor or lawyer dilettantes. [/quote]

There seems to exist a broad spectrum when it comes to biker gangs, and even between different HA chapters, from blue collar guys that just enjoy drinking and bikes to hardened criminals that deal in human slavery and blow each other up with rocket launchers, so my statement was too generalizing. Anyone that would beat someone up for wearing the wrong clothes is still a grade A scumbag in my book.

(I don’t know about any criminal activity, and I wouldn’t tell you if I did.)

I doubt the poseur shooting this confrontation has any association with an MC, whether the Viagra commercial old guy with an expensive bike type, or the hardened criminal type with a bag of meth in the gas tank, or any of the points between.

I never met any MC members, all I know about the HAs, apart from news articles back when they and the Banditos used to kill each other in Scandinavia, I know from Hunter S. Thompson´s book. That said, you´re probably right but real MC members (not the Viagra types) also don´t seem averse to kick someone´s ass on occasion without too much of a cause.

Depends what you consider “cause.” Wearing a fraudulent vest might get you a talking to. Wearing indications of “stolen valor” will get you a talking to outside. Only if you’re sufficiently intransigent or confrontational will you get a beating that doesn’t get interrupted by a bouncer.

Americans talk a big game but statistics show that almost 70% of our drunken arguments don’t end up with someone’s brains all over the parking lot.

I have. I grew up in one of the very few places in the UK with a Hell’s Angels chapter. To a man, they were nasty, racist, violent, wife-beating, drug-dealing motherfuckers. I’m glad I’m nowhere near them any more.

In fact, I wish I could use a different word other than unwise, since there is an implicit judgement there I don’t mean, but I can’t think of one.

Too optimistic about the likelihood of being surrounded by decent, law-abiding people?