Top-notch editing skills, but I guess I don’t get the point.

How is this not just clean reader for art?

It’s a dig at those who have no real physiological reaction to gluten, but have jumped on the gluten-free bandwagon for no real reason other than it makes them seem…I don’t know…stupid?

Took the meatballs but left the bread sticks?

In other words, they’re removed all or most of the food. Right.

While a few people do have gluten sensitivity, the overall anti-gluten thing has to be the dumbest food trend since telling people they could eat all the carbs they want and not get fat. Wheat has been a staple of the human diet for as long as we’ve been farming.

It’s a gluten-free layer cake of parody - mocking services like Clean Reader (and that cleaned-up version of Tom Sawyer from a few years back) and a parody of overbaked trends like gluten free. Well I for one think it’s brilliant, I want to fold it up and mail it to the “Gluten Intolerant” guy.

Editing grain products out of famous artworks certainly shows how dependent we’ve been on it historically as a food staple, but I’m still not clear on what is being said. “Eat gluten because it’s traditional”? “If you don’t eat gluten, the traditions that hold society together will collapse”? … Okay.

At last a scientific explanation for the gluten free movement*!

*For those who are, actually, not allergic to gluten.

I agree on the breadsticks, but meatballs usually have breadcrumb filler. Example: 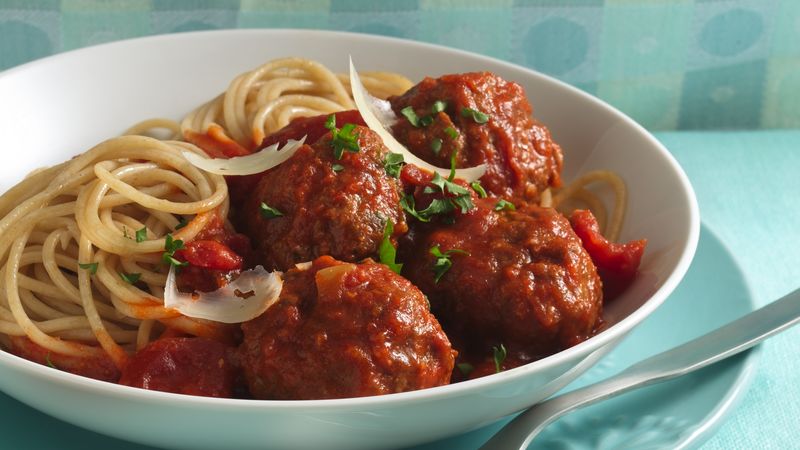 Here's your go-to, foolproof, basic meatball recipe you'll never want to be without.

It’s a gluten-free layer cake of parody - mocking services like Clean Reader (and that cleaned-up version of Tom Sawyer from a few years back) and a parody of overbaked trends like gluten free.

The gluten free thing makes sense, up until the fridge logic kicks in and realize there’s not much to it in the first place.
I didn’t make the connection to clean reader until you mentioned it, but I’m still puzzled.

Snark and condescension, signifying nothing.

Wait, I thought you were adding how nuts the gluten free trending was with historical demon/immortality articles.

My bad. Didn’t expect it to be taken as a refutation of @zeebaneighba words.

Wheat has been a staple of the human diet for as long as we’ve been farming.

is really easy, as agriculture was developed independently in many ancient cultures, all of them human.

For some reason there is vehement opposition against avoiding gluten, both today and in ancient China, although for ancient China the practice was considered somewhat sacrilegious, akin to vegetarianism in ancient Greece. Today we have scientifically proven that millet, which doesn’t contain gluten but was still avoided by bigu practitioners, is harmful to the thyroid.

Don’t get too hung up on the metaphor of grain-eating demons. The word virus means poison in latin, which is a less accurate term than demon given what we know about what viruses do. Also carcinogenic substances are well known to damage any attempt at attaining immortality*

In some subset of the population, avoiding gluten has resulted in the reduction of symptoms that have a profound effect on the quality of life. To force these people to eat bread and ridicule them when they don’t want to is cruel and petty.

*Foods determined not to interfere with immortality include: sesame seeds, calamus, ginger, pepper and pine sap. It would be an interesting experiment to live off of only these things for a week or even a day.

jumped on the gluten-free bandwagon for no real reason

Are you saying that if I put up a lactose-intolerant tumblr, I’ll just be jumping on an anti-bandwagon-jumping bandwagon?