Originally published at: GOP vs GQP vs MAGA vs Ultra-MAGA — here's a short video to keep things straight | Boing Boing

They’re all fascists. It’s just a matter of how obvious they are about in in public.

You have the ones who gladly speak at neo nazi events and the others who worry how that will look.

Funny, but the neoCons at The Lincoln Project don’t seem to acknowledge that sanity has entirely left the GOP and isn’t coming back.

A fracturing of the GOP is actually a good thing, and not just because it breaks up the fascist, obstructionist monolith. A diversity of perspectives is also just more how our representation should look. If only these motherfuckers had any real policies/policy differences besides “Rich get richer even if it makes the plebs suffer!” vs. “No, plebs must suffer regardless, even if it bankrupts us”

“No, plebs must suffer regardless, even if it bankrupts us”

If and only if “plebs” translates as anyone not rich, white, cis, het male. Others exist only as property or threat, and are dealt with accordingly. 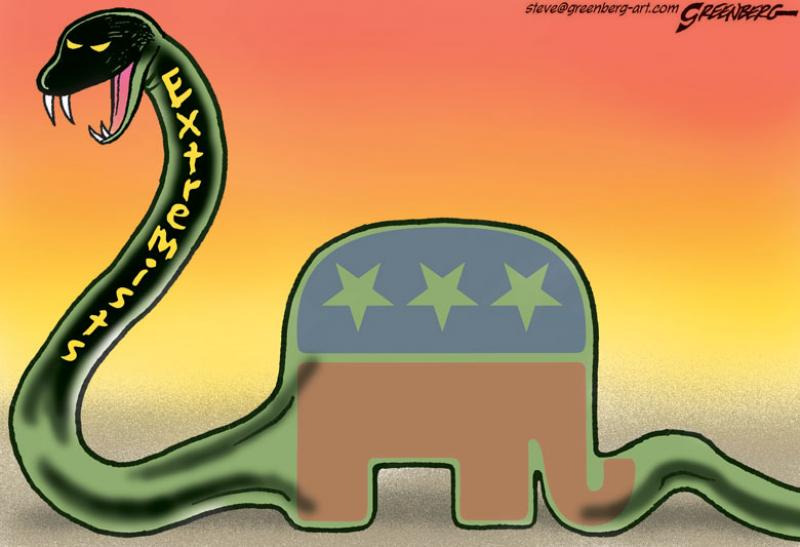 Fitting that it should emerge from their ass.

Does it have to be “Ultra MAGA”?

How about “Mega MAGA”? That has a childish quality I think is more appropriate.

I hope this drags into a week or more.

The party has been running on anti-establishment rhetoric for awhile now. But they never meant it to go against THEIR establishment - just those pesky Democratic elites!

I’ve even seen more and more people like Mark Levin turn on these Republican stalwarts like McCarthy and McConnell, two people who have worked really damn hard to stonewall the Democrats. They are being portrayed as standing for nothing (partly true!), in the pockets of gLoBaLiStS, and RHINOS. 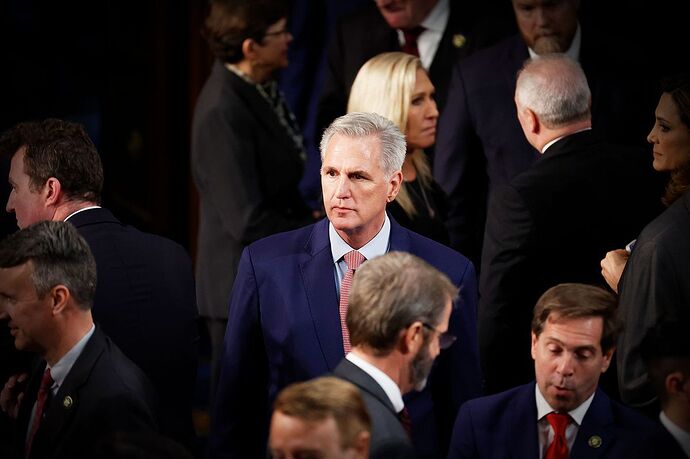 McCarthy debacle comes with a lesson: There's a downside to being a party of...

Calling Republican renegades "ultraconservative" doesn't cut it: This clown show is a symptom of the big F 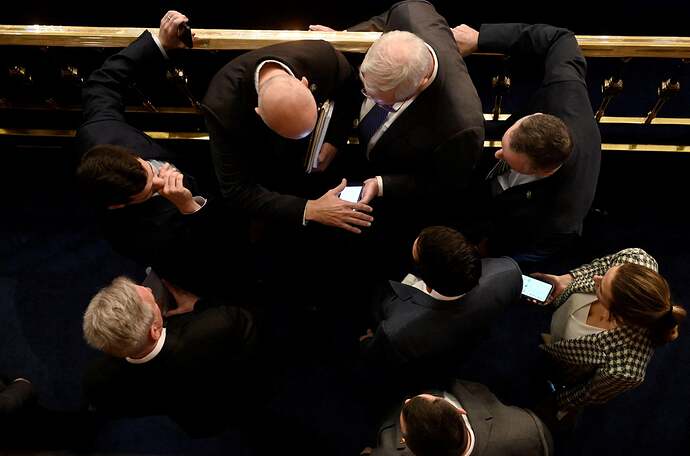 House Republicans Have Found a New Way to Do Jan. 6

Another January, another attempt to destabilize the government.

I will be honest here. I would rather have a non-functioning House than a functional one hell bent on forwarding on the right wing agenda.

As the second link I posted points out, a non-functioning House is the right-wing agenda.

How about “Mega MAGA”? That has a childish quality I think is more appropriate.

As the second link I posted points out, a non-functioning House is the right-wing agenda.

It’s been that way since Reagan at least, years before Norquist fantasised (in typically charming fashion) about drowning the government in a bathtub.

Except when they have total control like they did in 2016-18. Then they got stuff in like a deep tax cut for the wealthy and a budget which gutted regulatory power.

I’m not saying you’re wrong, but with the Senate and presidency in Dem hands, they should know that the government as a whole is going to be frozen, so this fight is really symbolic. On the one hand, you’ve got crazy people like MTG who won’t even cede a symbolic victory to someone she probably regards as a RINO like McCarthy, and who might have uninformed fantasies about “overturning the Senate’s veto.”

On the other hand, you’ve got what passes for establishment Republicans these days, who are missing out on prime opportunities to pass purely symbolic legislation that they know will bolster their right-wing bona fides while having no chance of becoming law, like privatizing everything or outlawing the environment and free-range uteruses.

My sense is that what remains of the neoCon and moneyCon factions of the GOP have de-prioritised Congress as direct and indirect means toward their greedpig ends in favour of using the courts and the statehouses and governors’ mansions.