GOP's Adam Kinzinger repeatedly hits Trump with an insult he hates most: "loser"

“The vast majority of Republican members of Congress don’t believe this garbage, this conspiracy stuff,” he says

Perhaps so, but the vast majority are certainly willing to push this garbage or allow it to go unchallenged. Maybe it’s time to leave the Death Cult Party, yeah?

Time for the Trump Dis-organization to adopt a theme tune.

“He’s the only loser in that mix, and we’re trying to grab onto him as if he’s somehow the ticket to the future,”

Reminder that Romney won over a larger proportion of American voters in his 2012 campaign than Trump won over in either 2016 or 2020 even though Romney was running against a reasonably popular incumbent. Trump not only became one of the few Presidents to lose his re-election bid, he also lost the Republicans control of the House and Senate in the span of a single term. He’s ballot box poison.

Yet most of the Republican party acts as if Romney is an out-of-touch electoral embarrassment and Trump is an election genius. 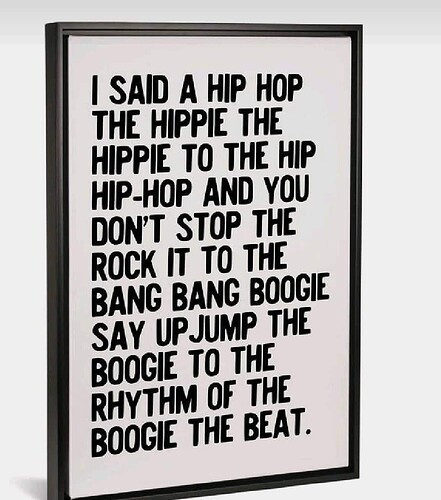 Holy shit that was a refreshing interview and gives me some hope. 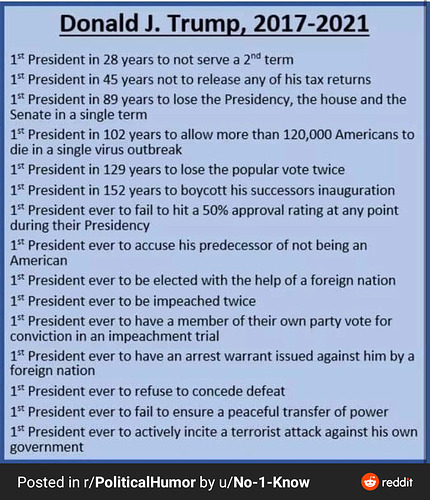 Keep on eating that tail, you nasty buncha evil-hearted snakes!

Nice to hear plain-spoken truth about the current madness - from a Republican politician.

Clearly, his days are numbered.

right-wing nuts have appropriated and ruined enough good stuff, don’t give them anything else.

So Liberals need Conservatives to “pull them back?”

Which issues, exactly, do Liberals need pulled back on? Health Care for everyone? Affordable education? Voting rights? Reasonable gun legislation?

Even if conservatism were about “conserving” things (and it’s not; it’s just a way for the wealthy to grab more and more control of society), the world fundamentally sucks. You want to “conserve” that, you evil bastard?

Yep. No republican will be forgiven the sin of blaspheming their god-king.

It doesn’t suck though. For rich people. So why would they care about any of these “progressive issues”. Isn’t it all just virtue signalling? I mean that’s what rich republicans do with abortion and immigration. They don’t care. It’s just a wedge issue to get the base fired up. Nobody really cares about mass shootings or housing the homeless, right?

Even if conservatism were about “conserving” things (and it’s not; it’s just a way for the wealthy to grab more and more control of society), the world fundamentally sucks. You want to “conserve” that, you evil bastard?

They’re reactionaries, when not outright fascists.

It was really nice at the end how he dispelled this myth that a coup or civil war will make the country better. I have neighbors who have the fetishized vision he talks about: we just need a civil war! But when I ask them about if they want their children to be able to go to school or if they would rather them have to fight their neighbors, if they’ll miss getting to see the Bruins play, etc., they dial it back. A little.
I’ve never served in the military or been in active combat, but I’ve been in regions where it wasn’t too long ago, and it is nothing I would wish on anyone.

“The vast majority of Republican members of Congress don’t believe this garbage, this conspiracy stuff,” he says

I can kinda see what he was going for, both Liberals and Conservatives have authoritarian impulses that need to be kept in check. Right now the best way to keep those impulses in check is to have folks with conflicting impulses.

Then again I could just be giving the guy a pass because he is for rank choice voting and seems to be sane.

So I think I understand the idea. It’s that when progress starts heading in the wrong direction, say when people start breaking out the guillotines and rounding up the bourgeoisie, the conservatives are there to be all “whoa, chaps, this might be a little too far”.

Unfortunately that doesn’t work at all when conservatives say no to everything no matter how sensible, to the point where people start wondering if they need to start breaking out the guillotines and rounding up the bourgeoisie.

Unfortunately that doesn’t work at all when conservatives say no to everything no matter how sensible,

Yeah. I’m not familiar with this guy, but the party he’s imagining hasn’t existed since at least 2008, which is before he got to congress, based on his statements in the interview. I’ve been working in the federal landscape since ‘09 and have seen the real-world pain caused to regular working stiffs from their continued political brinksmanship. And seen a huge brain drain from the federal rosters under the last guy. They aren’t doing the country any favors.