“will always be tainted by association”

Shouldn’t that be “…the unimaginable horror of another Clinton presidency”?

Stephens thinks Clinton should and will win the election

Filing this under ‘Things I’d Never Expect To Read in My Lifetime, Let Alone the Wall Street Journal’.

Reading his opinion again, Stephens seems to stop short of saying ‘should’, though he certainly isn’t subtle in expressing his distaste of Trump:

Conservative die-hards may try to hold fast to the excuse that Hillary Clinton was, is, and always will be “worse,” but the argument can’t be sustained indefinitely. Mrs. Clinton is not the apotheosis of evil. She may be a corner-cutter and a liar, and she’ll almost surely appoint liberals to the Supreme Court. But at least she’s not a sociopath.

ETA: Never mind, Stephens has previously written that he favors a Clinton presidency over a Trump one:

The best hope for what’s left of a serious conservative movement in America is the election in November of a Democratic president, held in check by a Republican Congress. Conservatives can survive liberal administrations, especially those whose predictable failures lead to healthy restorations—think Carter, then Reagan. What isn’t survivable is a Republican president who is part Know Nothing, part Smoot-Hawley and part John Birch. The stain of a Trump administration would cripple the conservative cause for a generation. [2016 May 09]

Or at least will always have Cheetos stained fingers 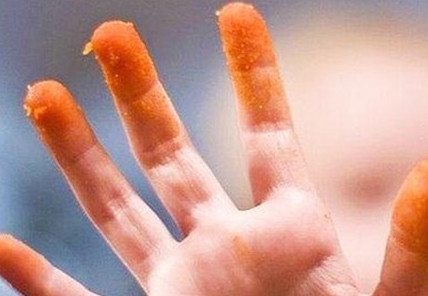 I’m thinking Trumps’ fragile ego will force him to drop out once it’s clear he’s losing. And that his antics don’t work in the general & won’t sway Dems.

In American history, no presidential candidate has ever dropped out of the race after receiving the nomination of his or her Party. However, one vice-presidential candidate died after being nominated (Horace Greeley – 1872), and another resigned from the ticket (Tom Eagleton – 1972). According to TeachingHistory.org here is what would happen:

In short, the vice presidential nominee on the ticket has no special standing should the presidential nominee be unable to run prior to the date the Electoral College meets (December 15) and would not automatically become the Party’s nominee. The Party would convene a special meeting and nominate a new presidential candidate. Depending on the timing and circumstances it would not be unreasonable to assume that Congress might step in and change the date of the election to give the new candidate a fair chance, but there are no existing laws in place to govern the process.

To be fair, that could serve as the summary of any conflict in history or pre-history, going back a million years.

I’m thinking Trumps’ fragile ego will force him to drop out once it’s clear he’s losing. And that his antics don’t work in the general & won’t sway Dems.

This is certainly possible, unless his ego makes it impossible for him to see that he might lose. It’s quite the contest, really, between his ego and his ego.

1: That’s reflects a remarkably limited imagination
2: I personally find it much easier to be horrified by the imaginable than by the unimaginable

Which means he’ll just get more desperate & escalate his behavior. Which will lower hm in the polls further. Rinse, lather, repeat.

If he stays in - he’ll end up calling for some kind of insurrection because he was cheated.

From the smile I take it that either the article hadn’t come out yet, or he was going to read it after he finishes his KFC. 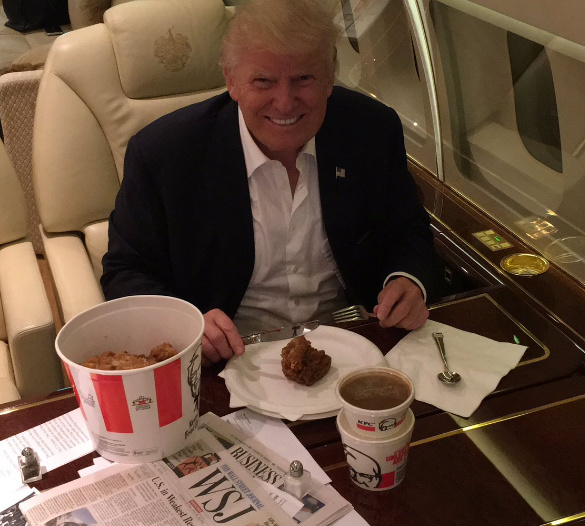 Whenever someone says they support Trump just make a whip-craking motion with a big hwa-TSSSSSSSH! 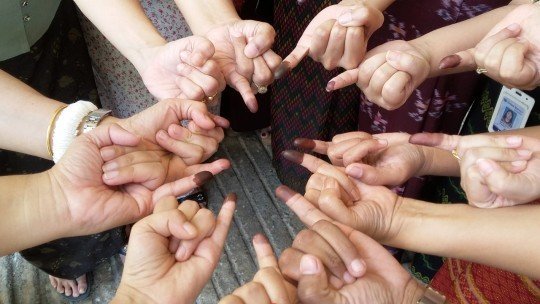 It takes a special kind of person to use the words “decency” and “Roy Cohn” in the same sentence.