The Academy of Sciences (briefly) displayed as surfboard from a great white attack. In this case the shark did, fatally, chomp the surfer. It was taken down after being considered too ghoulish, but I did see it as a child and marveled at how, like this one, it looked like something out of a cartoon: the whole front of the board gone, with an arc of scalloped tooth marks defining the edge.

I wonder how many carcasses are floating around in the ocean because a great white did a 13"x8" “investigative” bite and then was like, “Meh, not really feeling ‘seal’ today.”

I wonder how many carcasses are floating around in the ocean because a great white did a 13"x8" “investigative” bite and then was like, “Meh, not really feeling ‘seal’ today.”

Probably not very many. I imagine that most living creatures that receive an investigative bite are deemed to be tasty to eat. It’s only the inorganics that don’t get the seal (no pun intended) of approval.

We’re told that great whites are supposed to not like the taste of people, but I have a hard time swallowing that.

see, the board was blood-red.

yeah, dolphins are much more interested in sex than calories.

Will you be very upset if I cast doubt on your “no pun intended” caveat?

Not at all upset. Though it really was unintended, I only realized after I typed it. It’s not very clever, and I’m not actually even THAT clever, sadly enough.

There’s actually an even more interesting story for Boing Boing readers linked within this article, of a drone operator spotting a shark cruising around a whole lot of surfers:
http://www.sanluisobispo.com/2015/08/10/3756777_drone-shark-pismo-beach-surfers.html?rh=1

of a drone UAV operator

Many have gps navigation and they are self balancing and have a lot of advanced flight computing going on. Why is it not a drone? Why does it matter to either of us?

Any time anybody mentions a drone, all I can ever think of is one of these: 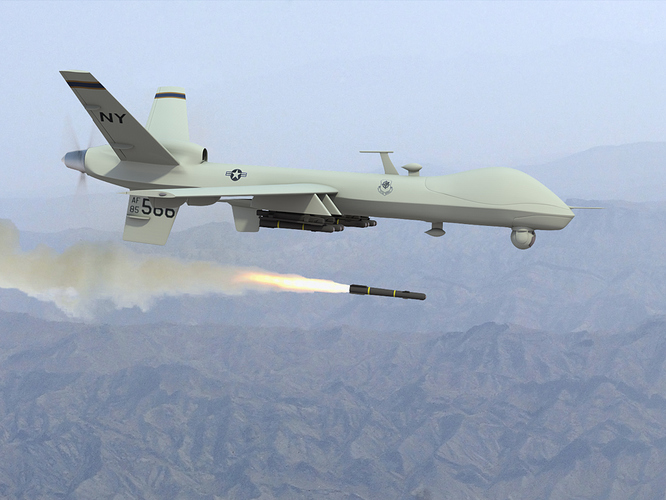 Even those have remote pilots, so in a way are no more autonomous than a high end hobbyist quadcopter type.