At a minimum, you’re making an assumption

Thinking or stating that someone is an asshole based upon how they behave isn’t ‘an assumption’ about someone’s mental health; it’s expressing an opinion.

Like, I’m sorry you want to be able to call people whatever you want and are sore that you can’t do it here. But this pathetic attempt at rules-lawyering and obvious ignoring of the reason the “don’t call everyone who is an asshole crazy” rule exists is because the very real people living with mental illness would very much like to not be lumped in with people who choose to take advantage of the fear I the masses to make a buck or line up their next lucrative career.

If you go back and look you’ll see that I stated that my original post was in the wrong, and that @DukeTrout 's comments on the matter were well taken. I think I was clear on that.

go find somewhere else to try and stir up shit instead just because you can’t call people the names you want.

For the record, I was not the person that called the subject of the post an “asshole”. Further, I’ve been on BB for a long time. I’d think that my previous history here might actually stand for something in the way of credit.

I am calling you one now.

This is clearly in violation of the community guidelines. That much is clear.

In any event, this whole thing is WAY off the rails at this point. After deleting my original post, admitting error, and stating (again) that @DukeTrout was correct, I then shifted to trying to figure out whether or not bullet points 1 and 2 in the CG’s apply to only internal commenters, or everyone globally, based on a comment made by, I think, @docosc (but honestly don’t remember at this point). That’s what I’m trying to find out, b/c it would clearly be a good thing to know going forward.

It’s not really that difficult.

Merely being an asshole isn’t a disease like mental illness; it’s a conscious choice in behavior.

For the record, I was not the person that called the subject of the post an “asshole”.

There’s nothing wrong with calling the subject of the post an asshole. They are an asshole.

Further, I’ve been on BB for a long time. I’d think that my previous history here might actually stand for something in the way of credit.

We don’t have “Tenure” here. People who contribute to the community are given more latitude than others in very limited circumstances, but that does not mean we check account creation dates when deciding to moderate here. Not to mention, somewhere here that long would know that “Christ, what an asshole” is elevated to true meme status here to begin with.

I am calling you one now.

This is clearly in violation of the community guidelines. That much is clear.

Here’s where your problem lies. You decided to make assumptions about mental illness. If you had realized you were in the wrong and decided to leave it at that, fine, no harm no foul. But you didn’t do that. You then went on a rant about how calling someone an asshole is, somehow, a mental health thing (which, BTW, is a great way to backdoor the idea that assholes are mentally unstable and essentially reverse the very intent of the “don’t associate mentally unstable folk with assholes” rule in the first place, which is novel enough I literally LOL’d when I read it). Then? You made the entire post about you, the fact that you were called out, and clearly couldn’t deal with that fact. The very opposite of “being cool”.

That’s my problem, and yes, I take it personally. I should have just banned you outright for making this post about you, derailing the topic and wasting the community and the moderators time because you didn’t like being called out, but I did decide instead to call you out here instead in light of how long you’ve been here, in the hopes that you’d realize two things:

1 - this place is a community. If you start actively fighting it by trying to troll it with “But asshole is an assumption” bullshit, you are pissing in everyone’s cornflakes on purpose 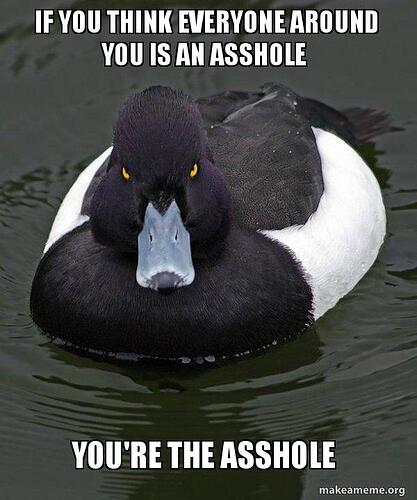 Now, I accept your statement that the assumption about mental state was in error. If you are through with rules-lawyering-as-revenge, we’re good.

If you cannot do that, then we ask that you not post here again.

Ok, so how is it that a brand new member with an obscene user name can make a post (which will probably be removed in minutes, but still…) using a terrible slur directed at gay people, but if I try to use the word t-r-0-l-l in a discussion that’s about literal, mythical t-r-0-l-l-s it can’t appear without a moderator approving it first? Seriously, what’s with the list of words that trigger automatic review?

A move so fresh it is still moist.

I wish I didn’t see what you did there.

Lucky you. I can practically smell it. 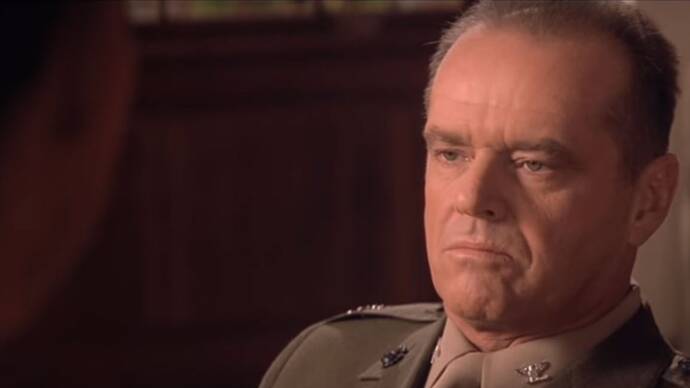 We Can Handle the Truth

Is Aaron Sorkin's world view what the world needs now? The past few months have seemed to shift the liberal politics of trust.

Via error message, I just learned there’s a bad word I can’t post on BoingBoing that’s, from what I’ve gathered, relatively acceptable everywhere in the world except the US. Provincial much, bb?

What if I use “berk”? But then that ruins the hilarious wordplay I wanted to deploy. “Berkservative Republiberk.” Nope.

I think it’s less provincial prudery here but compassion for those who were upset in the past at usage of, well, whatever word you meant. Which is about as opposite a motive as you can find from DeSantis and the other cynical sociopaths like him as you can find.

I just learned there’s a bad word I can’t post on BoingBoing that’s, from what I’ve gathered, relatively acceptable everywhere in the world except the US. Provincial much, bb?

Y’know, you can always go start your own forum if the rules of this one don’t suit you, even though you agreed to them by joining the site.

You are correct that in the United States using a crude term for a woman’s genitalia as an insult is widely viewed as an inherently misogynist slur.

If you want to use that word you are free to visit forums hosted by people who have different ideas of acceptable language.

Via error message, I just learned there’s a bad word I can’t post on BoingBoing that’s, from what I’ve gathered, relatively acceptable everywhere in the world except the US. Provincial much, bb?

You get that there are decades, sometimes centuries, of misogyny in language, right? There are places all over the world where Women have fewer rights than Men do. We don’t choose to excuse that behaviour just because other parts of the world have decided that is ok.

I’m sorry that it is annoying because it requires changing the learned vernacular. I had this same experience in my own life with specific words to describe minorities that were practically muscle memory for me. But those words don’t target me, and it’s the last I can do to recognize their origins and work to change my speech for the good of others. Like, literally the least I can do.

So, yeah. What others have said. We’re not going to regress in our aims to be respectful of Women just because it happens to cause you to have to think a little before you type.