Biased take, but I don’t believe ‘noone wants to buy tubes anymore’. It may be true that the bulk of guitarists buy solid state, but that’s been true for a long time, because they are cheaper, easier and more robust, and for some types of music, as good. Speaking as an owner of a handbuilt Vox AC15, also used by Joe Perry, appropriately enough, nothing sounds like a tube, and tone-first electric guitarists know it. I think your Aerosmith wannabe was just negotiating you down.

Is the manufacture for the vacuum tubes difficult? I doubt anyone here could answer but considering its old tech i would hope that it would be possible to have a manufacturer pop up elsewhere. Though i presume the big thing is having cheap stock, steady customers and name recognition, but on the manufacture side alone it should be possible? The feasibility is another matter…

Is the manufacture for the vacuum tubes difficult? I doubt anyone here could answer but considering its old tech i would hope that it would be possible to have a manufacturer pop up elsewhere.

I can answer! It is pretty difficult, yes. You need a lot of special equipment and near clean-room conditions. However, it is not insurmountable. The main reason (IMHO) that Russia became the defacto source for tubes is simply because they still make them for all their old gear and nobody else presently does.

This is not just for hipster guitar amps. The market for tubes includes hipster amplifiers, Nixie tubes, oscilloscope tubes, old radio enthusiast tubes, vintage HAM tubes, VF display tubes, dekatrons, and so on. It’s not a huge market, but probably enough to sustain a small manufacturer or two. None have popped up because none were needed (I think)- the Russians were supplying us what we needed. However much like boutique vinyl production ramped up quickly in the US once the market appeared, I suspect the same could happen for tubes. The demand is real, so there’s money to be made. There will be shortages for a while, but someone will take the opportunity.

I thought we got tubes from Russia because making them requires/produces (likely both) all sorts of nasty materials and chemical processes that are illegal in the west for environmental reasons? at least when making them cheaply.
I’m happy to be wrong, but if so maybe it’s best to let them go the way of the dodo bird.

I’m curious about the tech behind it, in the sense that it has remained unchanged as far as i know. But with all the advancements in material science it might be possible to make more efficient versions.

I did a small bit of looking online and this link from 2017 talked about NASA wanting to use the underlying tech and update it for future use. And i believe this is the latest update on it: 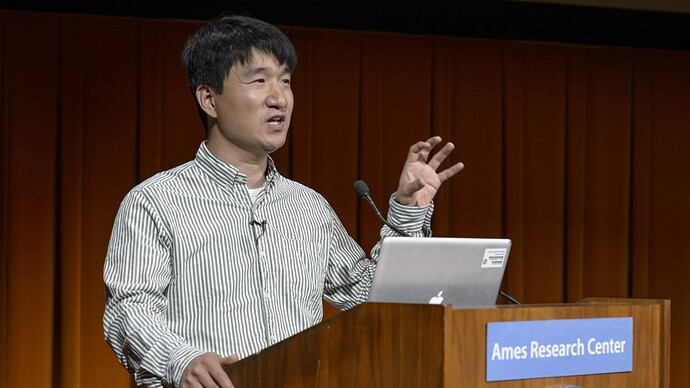 Though i dont know how that would translate to consumer electronics

I’m curious about the tech behind it, in the sense that it has remained unchanged as far as i know. But with all the advancements in material science it might be possible to make more efficient versions.

It’s kind of shocking how completely that chapter of history has been erased in the culture, honestly. There are thousands of tube types for every imaginable use case. They can amplify, switch, display, oscillate, semiconduct, detect, transmit, emit, absorb, and the list goes on and on. In some alternate universe where silicon doping was not discovered, tubes could do everything we do today (although a lot slower, and not battery powered or as portable). The basic technology of “high voltage matrix inside a vacuum” is just as flexible as silicon-based technologies are, albeit larger, less reliable, and more power hungry. That entire field was dead-ended basically overnight when the transistor was invented. The future was instantly clear and we shifted very quickly.

Tubes do still have some advantages though- most notably they are easier to harden against radiation. Large segments of the Russian military still uses them for this reason and I presume that’s why NASA is still interested as well.

s, dekatrons, and so on. It’s not a huge market, but probably enough to sustain a small manufacturer or two. None have popped up because none were needed (I think)- the Russians were supplying us wh

If even China isn’t making these tubes, it’s a bad sign… Although if they did, the quality control would undoubtedly be terrible.

But there are manufacturers in China.

Matthews had previously warned of a coming global shortage in vacuum tubes, since they were only being manufactured in Russia, China, and Slovakia.

Matthews gets his tubes from Russia, thus the concern.

The JJ Tesla factory in Slovakia is still operating, as is the Shuguang factory in China. Tubes aren’t going anywhere folks.

(Also, the JJ tubes are excellent. I slightly prefer NOS Amperex Bugle Boy for V1 of a guitar amp, but it’s a marginal difference, and not worth the cost).

I found this on a message board while I was writing this; I just didn’t include it, because I couldn’t verify it myself, but it at least passes a smell test for me:

Very simple economics. It has nothing to do with EPA or special cathode formulas that people talk about.

Vacuum tubes are handmade and vary labor intensive. Third world counties are able to make tubes due to the cheap labor. Yes, there are machines, that help hand make them, but they are mostly hand made.

Today with current computer manufacturing, vacuum tubes could be made superior to any tube ever made, because computer-controlled machines could wind the grids and screens to dead nuts on tolerances. The problem is the cost to develop the machines and process would outweigh the potential profits they could bring, and the cost for tubes would be absurd.

A company in England that made CRT screens back in the late 2010’s started making new design guitar amp vacuum tubes. Many here on this site including myself were beta testers. These tubes had more gain, clarity and tone than anything out there. They were microphonic in the first few batches, but with each tweak they got better. The company lost a huge CRT contract with China, which is where they made their real money, and they closed shop along with the early development of new tubes. But this proved that new tubes and manufacturing could work. Ther is just no money in it.

Most of all the tube equipment that was in the US was sold to China and other factories around the world. 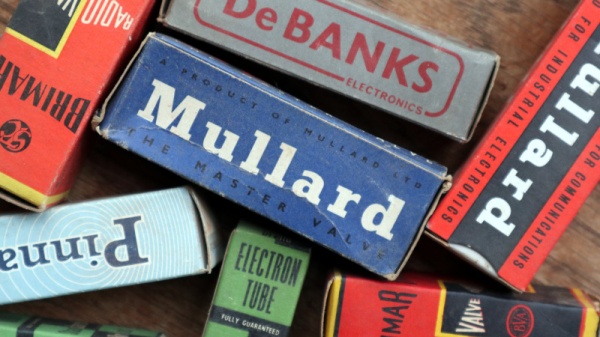 Just Who Makes Tubes These Days?

For most of us, electronic technology comes in the form of solid state devices. Transistors, integrated circuits, microcontrollers. But for the first sixty years or so of the field existing, these …

Biased take, but I don’t believe ‘noone wants to buy tubes anymore’.

On the one hand, I agree, there are still a lot of guitarists that want tubes, but there are also a lot of up and coming guitarists whose idols play kempers or some other modelling amp.

nothing sounds like a tube, and tone-first electric guitarists know it.

On the other hand I am of the opinion that this is only true because manufacturers want to keep prices high. I really believe that lot of solid state amps from the 90’s onwards are artificially hobbled so they don’t compete with tube amps.