Huh. To me (with zero Rubik’s skills), that feels a little like cheating–like using a corked bat or something. I guess it comes down to whether you view the challenge as purely mental or if there’s a physical-dexterity component to it as well. If it’s the latter, doesn’t using a performance-enhancing cube to shave a lot of time off seem like it’s outside the bounds?

EDIT: To be clear, it is SUPER IMPRESSIVE either way. I’m just not sure whether it should be in the same record category as somebody using an unmodified cube.

Sports does not always regulate the equipment. I believe there are very few rules for tennis racquets, if any. The pole vault record goes up every time there is new techno stuff to make better poles. Most records involving boats improve with technology.

You might call foul if their cube contained a computer and motors, though.

According to Article 3, Subsection h of the World Cube Association (WCA) regulations (yes, they do exist):

“Modified versions of puzzles are permitted only if the modification does not make any additional information available to the competitor (e.g. orientation or identity of pieces), compared to an unmodified version of the same puzzle.”

I think advancing the tech is as much of the competition as dexterity. It’s pretty incredible. 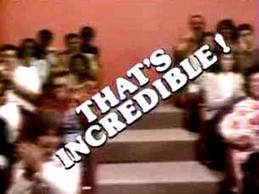 I could probably do it in 4.74 years. Probably.

If you can memorize the pretty simple algorithm for solving it, you can do it in 1-2 mins.

But there’s not a great deal of credit in doing that. I kind of wish I hadn’t done it. Now the thing’s just a fidget toy.

I imagine everyone has their own cube

yeah…he “solved” it as he examined it prior to starting the clock. The 4.7 seconds was the mechanical time it took him to process maneuver.

So, I want to know how much time do they give you to examine the cube before you start the clock?

Article A section 3 subsection a rule 1:
The competitor is allotted a maximum of 15 seconds to inspect the puzzle and start the solve.