Yes, it’s true. And the Israelis are turning out spy Beanie Babies like it’s Christmas!

Attack dolphins are more probable than some options; but the region does seem to produce a steady stream of ‘villager finds animal with something attached to it; Mossad plot immediately deduced.’ stories.

Birds are common victims, since biologists love trying to track their migration. The Egyptians detained a stork a while back.

So a tracking device (or some other scientific gizmo) was put on the back, right where it would be immediately evident? Yeah, sure, that sounds like something a highly trained spy organization would do. Agent 99, where are my shoes?

Sad that precedent exists for people to base these things on what would seem to be the wildly incoherent ramblings of the local drunken priest or maybe just an uncle soused on homebrew. It’s also sad there’s enough anger to fuel the need for this kind of stuff.

I hope they were trained by George C. Scott and named Alef and Beit.

There’s a wikipedia article dedicated to this subject: Zoological conspiracy theories involving Israel are occasionally found in the media or on the Internet, typically in Muslim-majority countries, alleging use of animals by Israel to attack civilians or to conduct espionage. These conspiracies are often reported as evidence of a Zionist or Israeli plot. Examples include the December 2010 shark attacks in Egypt, Hezbollah claims of capturing Israeli spying eagles, and the 2011 capture in Saudi Arabia of a griffon vulture carrying an Israeli-labeled ...

My favorite were the Egyptian claims that the Mossad had trained sharks to attack Egyptians.

FWIW, the US Navy does seem to strap stuff onto sea animals when they use them to search for underwater munitions.

What if it’s the dolphins that are in charge?

Russia and Ukraine had marine mammal programs as well. It appears that their dolphins were all sold to Iran.
Wikipedia Article about Military Dolphins

Here’s the wikipedia article detailing conspiracy theories about Mossad Spy Animals. Because apparently this is not a limited topic. Any animal with a radio collar in the Middle East is probably working for the Mossad, it seems.

This Smithsonian Magazine article discusses the CIA’s trained animals, to include the famous cat that was run over by a taxi.

I think in this case it’s unlikely, but what people are missing is why Hamas might believe this or at the very least, push this as a theory - first, the conditions in Gaza are rather terrible, considered it’s almost prison conditions. I think the most recent round of violence and negotiations have indeed eased up on border crossings, but not by much. So, it’s not like they are some comfortable middle class people, showing up at tea party rallies, waving signs and believe that Obummer caused all their problems. In this case, there is much to blame Israel for, even if Hamas had a hand in creating the current environment that most inhabitants of Gaza live in.

Second, pushing the Israeli’s Mossad as ultra-competent, all knowing, and able to harness even nature to spy and subvert their hold on power within Gaza (democratically elected, since Fatah was voted out of power years ago), helps Hamas keep a grip on power, especially as other groups seek to replace them as the major political/military power in Gaza. It keeps eyes on Israel and not on Hamas’ own failings as a political organization.

While he doesn’t use the animal as a spy, this author befriended an otter near his cottage in the Scottish Highlands. Good read: 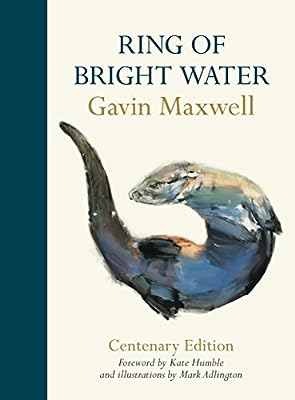 I don’t think Israel did it on porpoise…

Those vicious oppressors are known to do things just for the halibut.

Is that a beluga? IFF they have some special radar such that they can sense when it’s live ammo that might go off, then maybe it’s OK to train them to find the munitions, but that looks like they’re just being used as expendable creatures.

Are you guys TRYING to summon you-know-who, the demon of marine puns?

Yep, that is a beluga. According to the Marine Mammal Program FAQ “The Navy also has two white whales, or belugas (Delphinapterus leucas), that have been subjects in a number of research projects and are currently on breeding loan.”

The dolphins are trained to find munitions and swimmers and tag them for their handlers. They’re definitely not expendable; too many millions were spent training them.

Second, pushing the Israeli’s Mossad as ultra-competent, all knowing, and able to harness even nature to spy and subvert their hold on power within Gaza (democratically elected, since Fatah was voted out of power years ago), helps Hamas keep a grip on power, especially as other groups seek to replace them as the major political/military power in Gaza. It keeps eyes on Israel and not on Hamas’ own failings as a political organization.

THIS. Grew up in the Middle East and you couldn’t so much as stub your toe without people blaming the Israelis. Sometimes it was true. Other times it was a way to deflect legitimate anger or discontent with real problems the government (or current oligarchy) were really responsible for.