Hating Millennials - the prejudice you're allowed to boast about

I was born in the same year as the creator of this comic/diatribe, and from my perspective the whole rant is only more supportive evidence for the view of the ‘Millenials’ as entitled and obnoxious. Honestly I had thought of the Millenials as being ten years younger than myself but I suppose these labels don’t have sharp cutoffs. Anyway, this illustrated tirade is just dripping with a ‘poor us’ attitude, as if ‘we’ have had it so much harder than any previous generation. It’s nonsense. Life is tough, and it’s easy for someone who is having a tough time to look at the people from the older generation who have succeeded and see only the current success without realizing the struggle most people had to go through to get there. Nothing was ‘handed’ to most of them, so its understandable that they resent what they perceive to be an attitude in the millenials that they should have a job ‘handed’ to them. I honestly can’t wrap my head around that idea (which is expressed right there in the comic, in so many words!) that they ‘deserve’ a job, and I’m not even a cantankerous old man (yet).

Ah, therein lies the confusion. If you’re talking about Millenials, you’re talking about very late Boomers and the early X-ers. Why do Boomers hate their own kids? Don’t know, but they keep doing everything they conceivably can to make sure our lives are as sucktackular as possible.

I think you meant to reply to AndBobando. I’m bitterly familiar with the myriad reasons to hate the Boomers. Fuckers won’t retire because others in their cohort crashed the economy no less than 3 times in my lifetime.

Man, this cartoon really hit home for me, although I fall in that weird in-between generation gappy place, having been born in 1979 and thus fitting either with the end of X or the beginning of Millennial, depending on whatever definition you’re using - I call us “Li’l Xies”.

I was also born in '79. I never thought Gen X made any sense for me because they were supposed to be a generation defined by things like the Vietnam war, Watergate, the rise of Reagan, Chernobyl and the beginning of the AIDs epidemic. Most of these things were over or covered to death by the time I was old enough to understand or appreciate them.

It’s not that Millenials in general think they deserve a job. It’s more that they deserve an opportunity to pursue, and a reasonable chance to get, a job commensurate with their education, and with what that education now costs.

Things ARE worse than they were before – far fewer decent jobs, far higher employer expectations of a college degree, and far higher student loans.

Someone showed me a listicle recently about this dilemma. I hate to link to it because I’m not a fan of Buzzfeed but it did work… http://www.buzzfeed.com/leonoraepstein/signs-youre-stuck-between-gen-x-and-millennials

Gen-X supposedly didn’t start until '65. Even if you go back to '60, how does Vietnam figure into the life of an 8 year old, or Watergate in the life of a 14 year old? Chernobyl happened to other people who our government made us think wanted to nuke us off the planet. The oldest X-ers had the deal with HIV going from an abstract thing gay men got to being a deadly virus anyone could get. All the rest of what you describe were things Boomers faced.

Whatever. I think this whole giving names to generations thing was invented by the folks who fought WWII to taunt their lazy kids, and carried forward by those lazy kids because they resented the name their parents gave their own generation.

Well perhaps the next generation will be prepared to demand, loudly and for long enough, fair economic treatment.
Say what you like about the baby boomers, they saw a gap in the market and occupied it.
X and Next are often represented by an unfortunate collection of proudly technophobic, power-compliant puppets of the boomers entelechy.
They did it - the boomers demanded it and they got it and all other demands have fallen on deaf ears.
Their deaf ears.

Gen-X supposedly didn’t start until '65. Even if you go back to '60, how does Vietnam figure into the life of an 8 year old, or Watergate in the life of a 14 year old?

Hrm. I thought GenX started with the generation after the post-WW2 baby boom which overlapped with the later baby boomers in the late 1950s. So I imagined growing up with family fighting in Vietnam and coming back injured being significant in their cultural development. Watergate could have been a bit of a stretch though.

you say things are unequivocally worse; I would say that there are all kinds of opportunities now that weren’t available then. Never in the history of mankind have all people been able to make a prosperous living doing their dream job. Anyone who’s ever been in that situation is lucky, and that’s true yesterday, today, and tomorrow. Millenials think that they have a particularly worse deal, and that the world owes them something better. Whether it’s narcissism or just cluelessness that leads them to that viewpoint, who knows, but that’s why they are seen as entitled.

Maybe we should all just stop trying to stereotype people on the basis of their age. Especially since people can’t even seem to agree on how to apply the stereotypes.

I didn’t say unequivocally and in all ways worse. OF COURSE certain kinds of opportunities exist now that didn’t before. That’s been the case for younger generations for centuries now.

But you should wake up and smell the betrayal. The U.S. is on its way toward Third World conditions. Did you even read the comic, especially the part about the 1% vacuuming up nearly all recent economic gains?

Today’s young adults—especially 20- and 30-somethings with young children—face shrinking opportunity and growing insecurity. . . . The true generational injustice is a threadbare to nonexistent social contract that has made it harder than ever before for the young to either work or educate their way into the middle class—and stay there if they’re lucky enough to arrive. 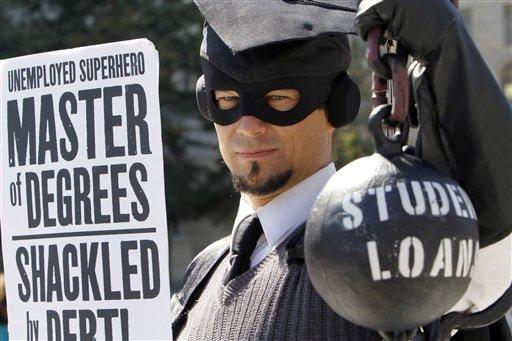 It's not Social Security deficits that are destroying the life chances of the young but a prolonged slump confounded by bad policies.

Once we started hearing grunge on the oldies/classic rock stations it was all over.

For whom are cracked cellphone screens a point of pride?

Wait, there are women on the Internet?

Yeah, that listicle seems pretty on the money. I was a few years too old for everything shown on the list. Having been born at the tail end of 1969, I’m a pretty solid Gen Xer, but since I had older parents (Mom was born in '29) and four Boomer siblings, a lot of my cultural influences skewed older. But I gotta tell ya, any grumbling disapproval I had toward Millennials as a generation pretty much evaporated during the Occupy movement. Even though it turned out to be a kind of wasted opportunity that cried out for stronger leadership, I was so proud of those kids. My generation never bothered to put in that kind of effort over anything. Iran-Contra? The rise of the mindless War on Drugs? The creeping dominance of the religious Right? We couldn’t be bothered to make a squawk, partly because we’re outnumbered by the generations on either side of us (we were the Baby Bust), and partly because the Boomers dominated the national conversation for so long that I think we began to feel we didn’t really deserve to get a word in edgewise.