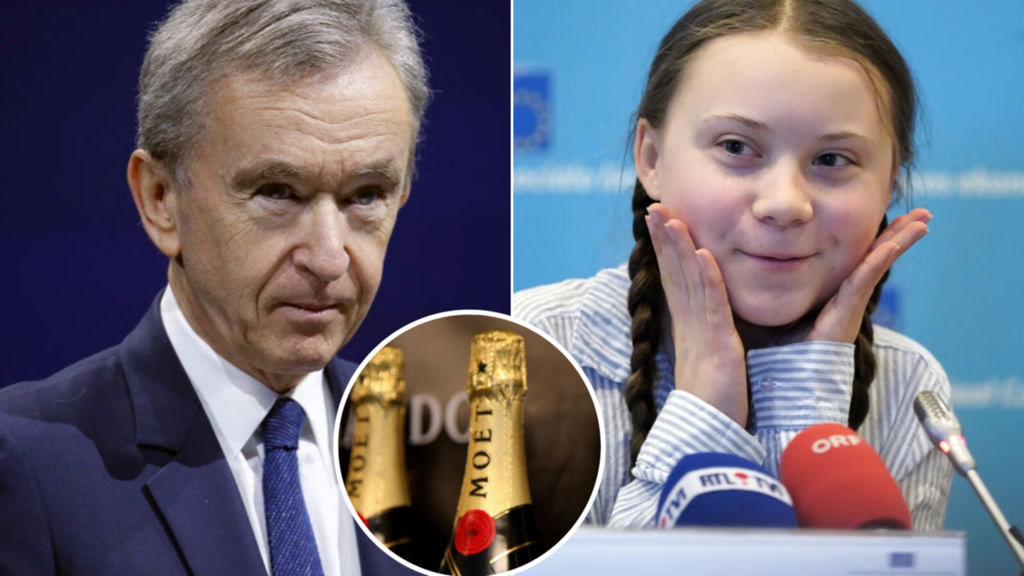 The man behind the world's most exclusive luxury brands says Thunberg's criticism offers nothing.

Well, I guess it is genuine catastrophism when what you are describing is a genuine catastrophe. I would read this as rich guys who cater to rich guys saying "no biggie, we will be fine. Who is this peon to question our wealth? " Their grandchildren will curse them.

Is there a Gucci-branded guillotine?

Louis Vuitton, Moët, and Hennessy are owned by the same company (LVMH), but Gucci is a completely different company. Gucci and Louis Vuitton are staunch competitors and Gucci is Italian, not French.

(Just providing a pedantic correction, doesn’t change the substance of the linked article.)

I guess his point that action speaks louder than words is valid, but he’s also one of the world’s richest people and has the ability to make a tangible difference. Thunberg is a 16 year old kid, her words are her action.

Sorry about that. I just fixed it,

What an asshole; put his name near the top of the list.

Except that if it hadn’t been for the words of many, many “alarmist” activists over decades, M. Arnault would not have felt any need to hold his “sustainability event”, or offer even token initiatives towards dealing with the crisis.

Aye; his own “actions” speak volumes.

Agreed and words matter. Simply saying, “fuck you, do something” is typical privileged BS.

Christ, what an arrogant, hyperprivileged, out of touch, condescending, fuckheaded asshole.

Simply saying, “fuck you, do something”

everybody can say that