I’d buy a pentalobe cutlery set, and I don’t even own any Ios devices.

Knife, fork, and spoon would give the three most common sizes of Robertson bits. Add a salad fork for the #0 (yellow) size. That would have come in handy for so many dinnertime repair jobs.

I feel like giving these to a friend says “hey, I know how much you like to drink, and how you’re so desperate to open your beer bottles that you can’t even put down your spoon while eating soup, so I found the perfect silverware for you!”

especially as cutlery are already fine tools to open beer 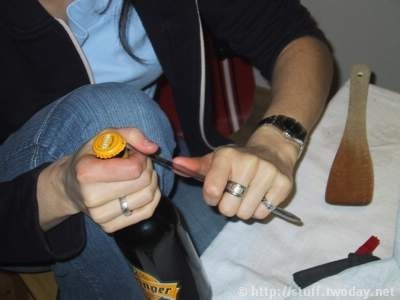 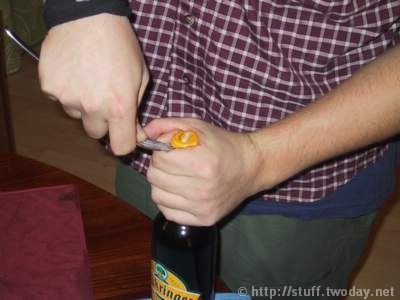 I don’t see why you’d need to put one on every piece of flatware that you own.

I don’t see why you’d need to put one on every piece of flatware that you own.

A few days ago I was having lunch in a local ‘traditional’ Irish pub, and two Corona Girls walked in, gave everyone free Corona Lites whether they wanted them or not, and handed out pairs of sunglasses with bottle openers in the ear stems, which struck me as the bro-iest sunglasses possible.

Jesus Christ, another damn product with a bottle opener.

3000 years from now, archaeologists are going to be scratching their heads about all the bottle openers.

The best bottle opener? A saber. 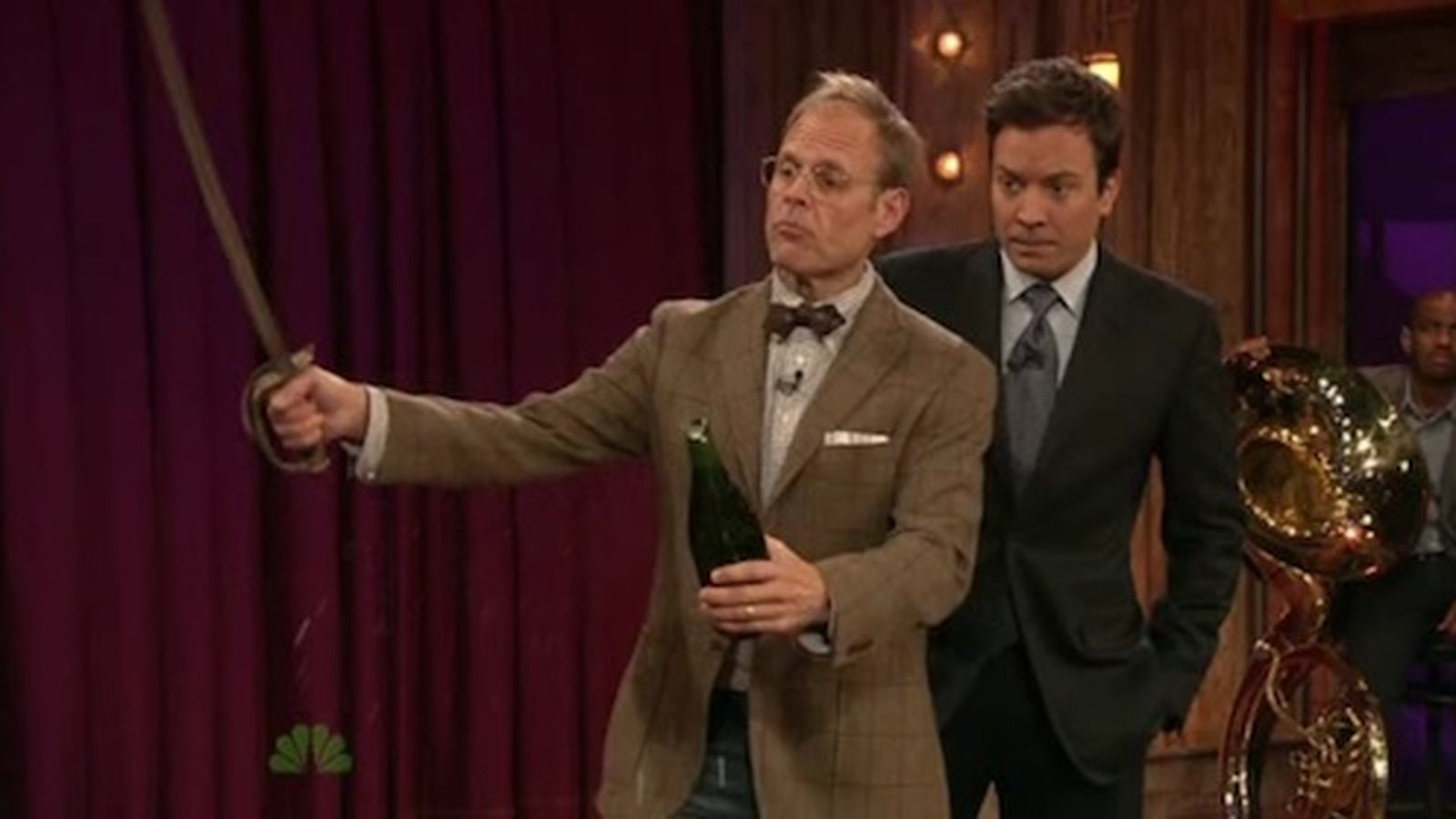 (I could teach you how to saber a bottle in no time flat, it is scary easy)

I really like bottle openers. I have one or two on my desk, a few over on the beer fridge, a few in the kitchen, and I order small ones by the dozen to put on key rings so that I always have one on me.

But even I don’t see a need for three or more at every place setting. I do like the flatware, but I think it would be better still without the openers.

I also like flashlights and multi-bit screwdrivers, but I think flatware is better off without those, too.

Just whack it with the palm of your hand on the edge of the table. No tools needed. 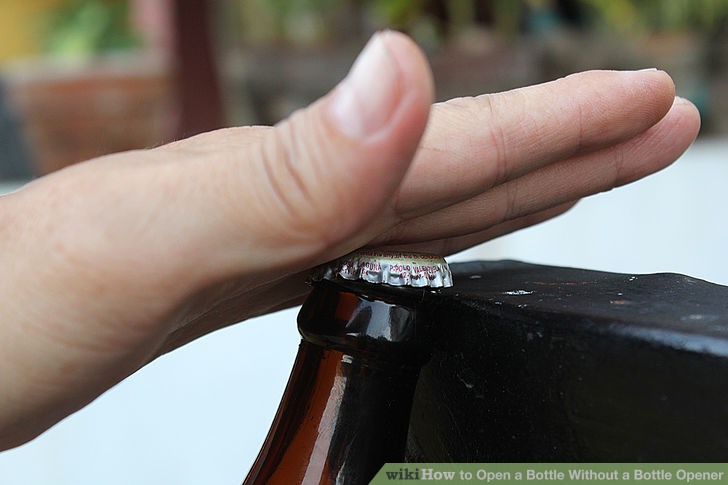 I got in on that Kickstarter and got one set that I keep here at work.

Problem is the knife is pretty dull- as I recall, it was investment cast, but they did nothing to further sharpen it. Spoon and fork are just stamped, but the tines aren’t that pointy. Also, the utensils taste more metallic than my normal stainless flatware. Maybe that’s because I haven’t used them that much, but it’s certainly preventing me from using them more.

Edit: Okay, I don;t want to sound too down on them. The nice thing is that they are substantial utensils. I guess I should correct a precious statement: they are not just stamped sheet steel like the cheap utensils are, but instead are solid cast/molded pieces. My rule of thumb is, “are they strong enough to scoop hard ice cream with without bending?” I haven’t tried it, but they certainly appear to be. I haven’t actually tried opening a bottle with them either.

One other thing to note is that due to the casting/molding process (I assume) the bottle opener cutout isn’t at a right angle to the handle, more like a few/five degrees off. I’m sure it doesn’t affect things but something to be aware of if you have OCD tendencies and are bothered by things not being exactly straight.