Here are 27 photos of sleeping cats

Also, it should be noted that the cat that is under a dog is only mostly asleep.

You’ve got to be pretty cold-hearted to kick a lizard out from under its heatlamp. 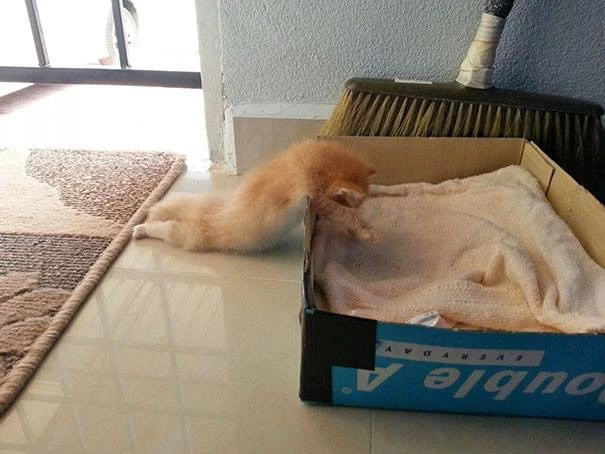 Boy, have I been there. 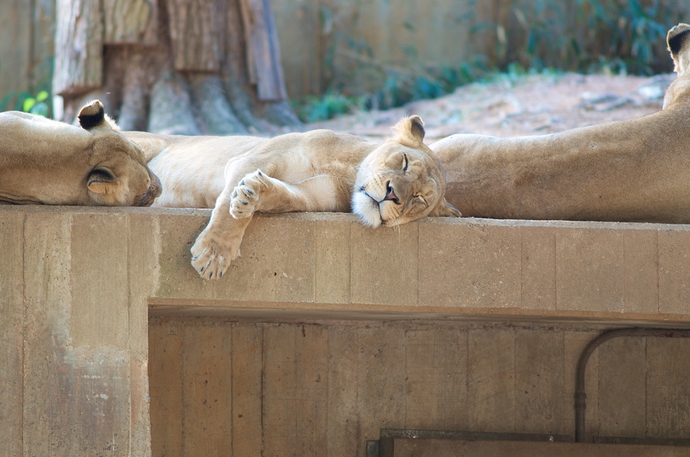 Cats are so cute and weird, simultaneously.

This is soothing to look at. Maybe I should bookmark it for reference after reading about politics

That one in the wine glass has to be fake. Right?

Funny stuff! thanks for posting those!

That one in the wine glass has to be fake

I’m pretty sure it is. the glass itself is too sharp from the background.

Could be a very young kitten, under 2 months, but it has to be set up. At that age they’re clumsy little things and I don’t see a way for one to find its way into that glass unassisted without knocking it over.

The one that gives me pause is the laundry rack. I’ve seen cats sleep in all sorts of weird positions, but that takes the cake.

Also also, the very first one seems to be grooming itself, not sleeping. You can see the tongue.

Not that I care. Cats doing pretty much anything are worth looking at.

The one that gives me pause is the laundry rack. I’ve seen cats sleep in all sorts of weird positions, but that takes the cake.

Given the weirdo shit I’ve seen my own cat do, I can believe it’s legit.

I’m pretty sure it is. the glass itself is too sharp from the background.

Shallow depth of field doesn’t mean fake unless there’s a mismatch. The reflection in the glass and the wine bottle both appear to match, and with a wide aperture normal or telephoto lens compressing the depth of the image and giving at shallow depth of field, it is plausible to me.

Cats are so solid and liquid, simultaneously.

That one in the wine glass has to be fake. Right?

No reason it should be. Cats love curling up in the tiniest spaces possible. I’ve seen an adult cat laboriously insert itself into a normal-sized hamster ball (completely filling it).

(Granted the wineglass cat was probably put there deliberately, but it seems to be perfectly happy.)

Cats are so solid and liquid, simultaneously.

Especially kittens; they don’t seem to have any bones at all sometimes. And they sleep hard.

Mostly asleep and thinking to itself, “this is not appropriate!”

A cat so cool it used Marlon Brando as its pillow 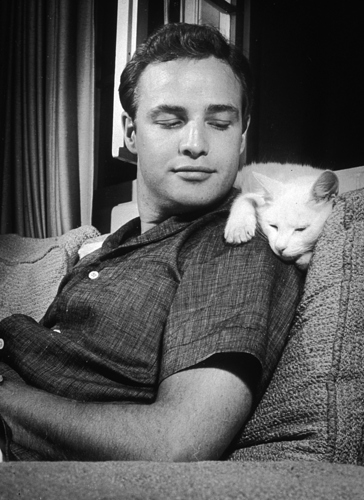 My cat was weaned too early, so I allowed her to sleep draped across my neck/adam’s apple as a kitten.
She continued to (try) to do it well into adulthood, and when she was just too old, she had her special spot at the head of the bed where she would sleep with one forepaw draped across my arm.