Here are the official lyrics to the Mr Softee jingle

I preferred Mr Tastee (until he went missing). 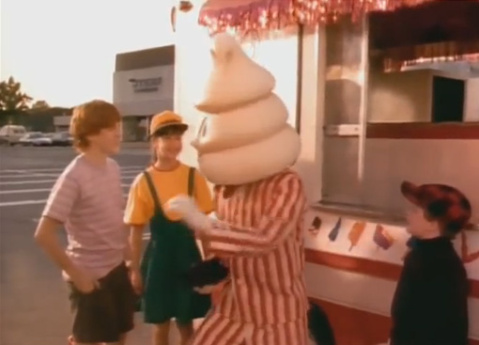 Is this sung to the tune of Pop Goes the Weasel?

" […] an ice-cream truck that doesn’t see you running after it and is slowly gaining on you."
Never a problem; the street next to our’s was a cul-de-sac.

I should like to take this unexpected opportunity to point out the “Mister Softee Jingle” is in fact a rip-off of “The Whistler and his Dog.” 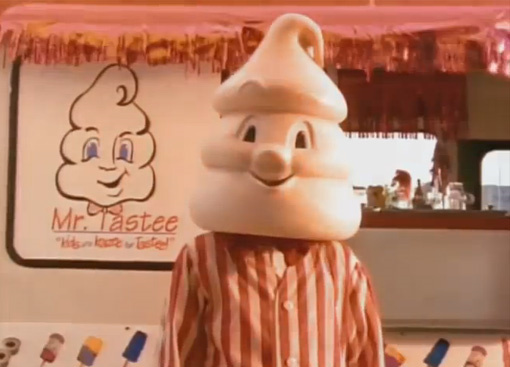 I should point out that none of the music mentioned in those two stories is the Mister Softee melody.

Just be careful near the Mr. Frostee truck.

For a summer month between apartments in NYC I had to sublet a place, and one of these trucks was parked outside it in the mornings. If I’d been stuck there for longer than that I would have hanged myself.

As Americans learned from the great Bill Forsyth, all ice cream inspires war.

The Ice Cream Wars was a turf war in the East End of Glasgow, in Scotland, in the 1980s between rival criminal organisations selling drugs and stolen goods from ice cream vans. Van operators were involved in frequent violence and intimidation tactics. A driver and his family were killed in an arson attack that resulted in a 20-year court battle. The conflicts generated widespread public outrage, and earned the Strathclyde Police the nickname of "serious chimes squad" (a pun on Serious Cr In the...

We’ve got Boston Frosty in Boston Ma. Only one truck though; It just parks on one of the corners of the Public Garden and stays there. For inside the City I haven’t seen a soft serve truck in years. Everything’s like Popsicle products or those wrapped chocolate covered waffle cones. They’re the trucks with either Pop goes the Weasel or Turkey in the Straw playing.

The kids an I were talking about Mr Softee just last night and how you never see them in Connecticut, except that one time one got lost in our neighborhood on the way to a private event. He was nice enough to sell me and the kids a couple cones anyhow.

Now NYC - you see them every couple of blocks…

I think it’s cruel to make fun of someone for their erectile dysfunction.