Am currently in a tiff with a family member who bought a decorative plant/tree/twig with silver glitter on it - they placed it in the back of my SUV, not in a bag. Half the glitter shook off on the ride home and I was absolutely furious. They refused to clean up the mess, don’t see what the big deal was. So we aren’t talking, they say I’m being a dick about the whole thing.

I hate glitter with a passion. If I don’t like someone, I buy them a greeting card with glitter on it.

I’ve watched a few of his previous videos, but the stank of the first one having fake thefts in it still sticks in my mind. (IIRC, he asked for volunteers to leave out packages as bait, and some of them staged thefts). But after 3 videos I’m kind of bored with the concept.

It’s possible to appreciate the benefits of something while still criticizing its execution.

Perhaps for the next iteration he could just ditch the glitter and release a swarm of biodegradable wasps.

They’ll eventually fly away. Cockroaches will be your friends for life.

I have to point out that biodegradable glitter is a misnomer/inaccurate, it takes several decades to break down, while it remains in the carpeting.

Rather than using plastics or bioplastics, he could use mica glitter. It’s natural stone that will not decay, but also isn’t a pollutant.

However, given the appearance of most of those homes, there’s little chance that any of the residents will actually care that they’ve made a semi-permanent mess; nor will they be reminded of pangs of regret nor remorse when seeing it in the future. Kind of a waste. He should probably just double-down on the fart and skunk sprays; and maybe throw in a spray of butyric acid and dimethyl trisulfide for good measure.

while it remains in the carpeting .

Oh Shit! My friends up here that have little folks are battling that, for the life of me I can only see one way to get it out, one piece at a time with a reversed doubled over packing tape in your hand, I quit after 30 minutes, they are still at it 2 weeks on…

There’s a reason glitter is referred to as “the herpes of the crafting world”.

Still waiting for the prosecution of a single person based on this extremely expensive Youtube prank.
Somehow, he films dozens of crimes IN PROGRESS, and yet every criminal goes free, albeit with a short cleanup sentence to serve.

Aren’t these staged for “viral” purposes?

I have a wayward niece who funds her drug addiction via

Crap. That must be hard on your family. Porch piracy seems like a relatively safe way to fund an addiction.

A bit of a tangent but it shows how societies view of drug users is changing:

Jail is not the answer for people who deal fentanyl to support their own drug...

Interesting how he chooses to blur some faces but not others. I wonder whether that was a mistake, or did those unblurred folks sign a model release?

Also, somebody is gonna get in an accident one day when that thing goes off in their car, and that’ll be the end of this project.

Don’t worry, the reaction shots are all done with stooges anyway.

A flea circus featuring a cast of thousands would also work.

Don’t worry, the reaction shots are all done with stooges anyway.

That’s the rumor.
In his first video, a few viewers figured out that some of the footage looked suspicious. Mainly that the house of two of the package thieves looked to be his friend’s house and their neighbors. He then apologized and explained that he paid friends of friends to put it outside their property if they had a problem with porch pirates. He paid more if they got footage, and not simply a flat rate. So one of them faked it for the money and he didn’t realize it before uploading the video. He took it down, and uploaded an edited version without the faked footage.

I believe his explanation.
Some people don’t. 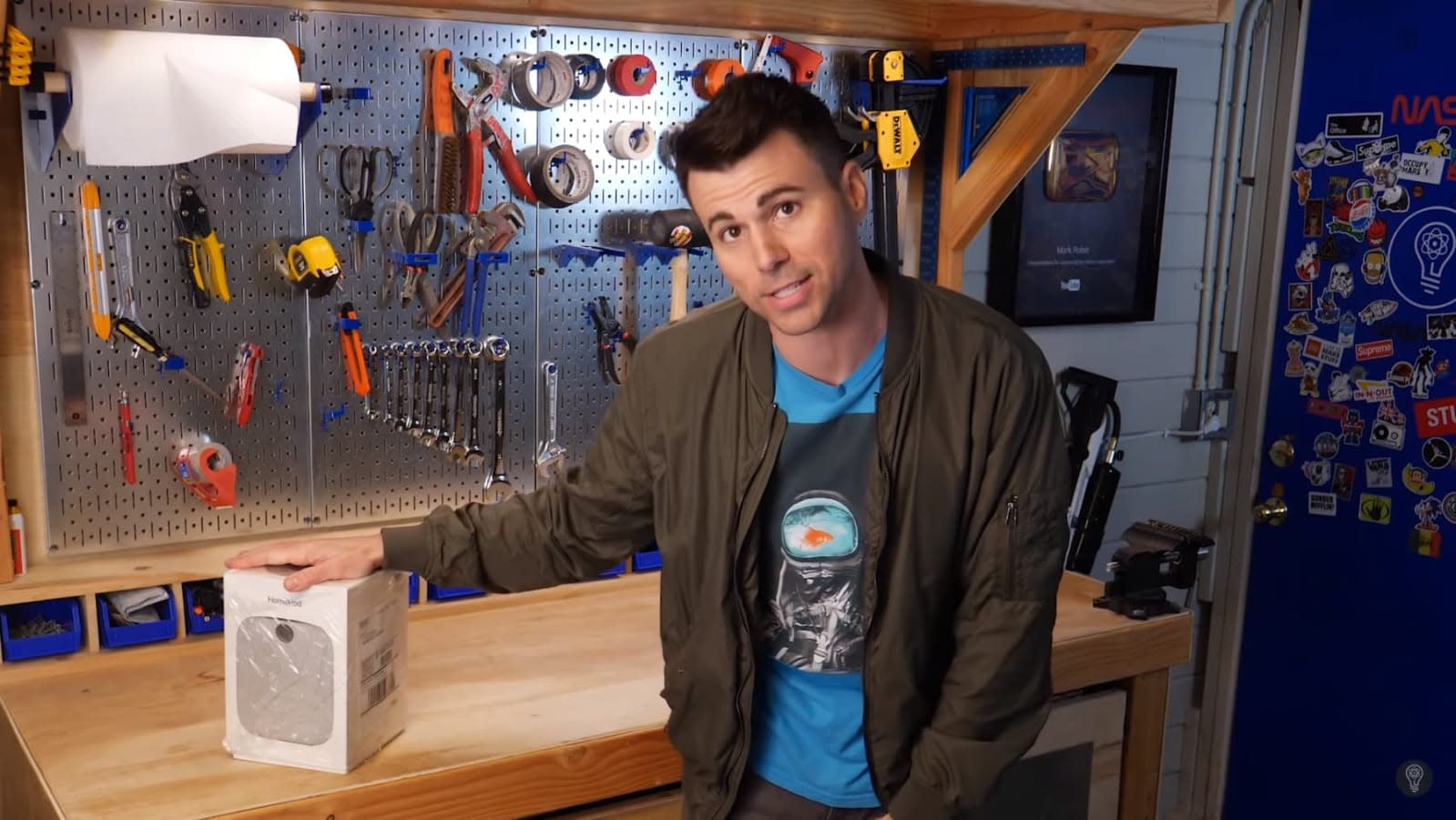 This week, it seemed the entire Internet rejoiced after a former NASA engineer created a custom glitter bomb designed to strike back against package thieves.

Beware the glittering sword of righteousness!
And make sure none of that ghastly stuff gets in your garden. It will piss you off for years.

He paid more if they got footage, and not simply a flat rate.

Uhg. I hadn’t heard that he had incentivized fake footage (intentionally or not).

Not super surprising, I suppose, since the video wasn’t going to work and go viral without footage of the device working. So Rober had an incentive to give others an incentive to deliver the footage he needed.

In my fair city (ultra liberal often well past reality) they have officially decided not to prosecute “minor” property crimes like this at all.

Needless to say property crime of this sort is on the rise. About half the people in my little group of townhomes have installed package lock boxes.

To keep insurance companies happy you can fill out a police report online and get a report number but not a single thing is done even if you have clear video.

Even professional thieves are described as “unfortunate people who have made less than optimal life choices and who have been victimized by society because of it”,

version 5: replace glitter with lycopodium and add a plasma lighter

I can’t watch these anymore after learning that glitter basically is a terrible scourge to the planet: ready-made plastic bits to be scattered into the biosphere pre-ground to turn into microplastics, with added metals.