Hey, David Lynch! If you ever need a Karen character, watch this

Originally published at: Hey, David Lynch! If you ever need a Karen character, watch this | Boing Boing

“How can I warn you if I don’t know which unit you’re in?”

You’re speaking to them right now…?

What a sad empty little life.

I’d be so tempted to test her willpower and stay in that elevator all night with her.

Push all the buttons, never get off. Then it becomes a battle of the bladders.

I looked at the Reddit comments, and many folks are saying it’s an e-bike, and a potential fire hazard (bikes with cheap batteries catch fire or explode, often when charging). These are the cause of some 4-alarm fires like the building in the Fordham Heights section of the Bronx recently.

Many comments are about more frequent cleaning that would be needed for the lobby, an extra fee which the condo association would have to bear.

Of course, we don’t know if Weird Lady is justified in her alarm because her approach appears to be more about rules-lawyering than fire prevention. Or maybe even because it appears the young women are Asian.

As for the bike room, I’m not sure what potential issues putting it in there would solve, besides being the epicenter of a potential fire in a different location than their apartment.

I just hope there would be a good, solid firewall between the bike room and the rest of the building, as a parking garage should/would have.

Oh you and your details and facts!

Can’t you just do what we’re supposed to do here and spend a few seconds gawking at the weird lady [who may not actually be all that weird at all], and then move on to spend a few more seconds on the next crunchy, decontextualized, nutrition-free nugget?

The Mulholland Elevator lady charged her with “walking a bike through the lobby”, my guess is bored unhappy people don’t want bikes in the hallways and elevators because personal space privileges.

What I do know is that a stranger shouldn’t be stalking another stranger, but I’m guessing there are less rules about that.

Maybe? But realistically ebike batteries are going to be as hazardous as any other battery. Powerbanks, cellphones, electric skateboards, laptops, etc so to single out just ebike batteries is disingenuous because it doesn’t address the overall risk of batteries in other things. I also highly doubt this lady even thought about that angle, she likely had an issue with this guy trying to get his bike in his condo and wanted to see where he lived to “properly tell him off”. 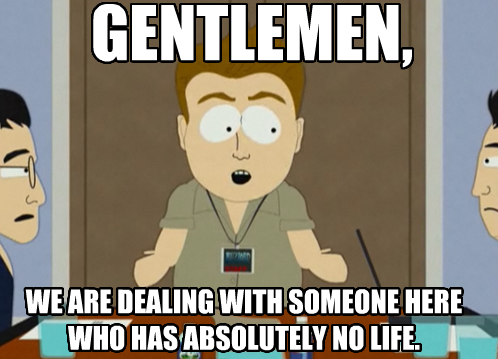 This woman may be a pedant, but she’s bringing to attention the same asinine rules that currently exist in thousands of buildings. The real question is: why aren’t bikes allowed on the elevator? Buildings with elevators (and especially buildings with doormen) tend to have classist rules against bikes in the lobby and the elevator, relegating them instead to the “service” entrance. These rules pre-date e-bikes, and they apply to all bikes, not to mention other self-powered wheeled modes of transport (unicycles, skates).

Please don’t try to argue that bikes in elevators are unsafe. I’ve been smacked in elevators by more shopping carts, backpacks, and other items than I have been by bikes.

The way to counteract this is to sit there… and wait for Elevator Cop to go to her unit.

(On the other other hand, i mean, there’s a bike room for a reason? Some condos have rules against bikes in the lobby, elevator, etc. Elevator Cop might not be entirely out of bounds, but: she can have either indicate her displeasure to the biker -or- discreetly surveil the biker to her unit: she cannot have both.)

Admittedly, I charge my bike inside as well, but in a NYC apartment or business I bet there’s more stuff plugged into power strips than is technically safe to operate.

Guess I’m showing my age here, and maybe it’s partly due to the fact that I’ve been living in Switzerland for a while now, but to an extent I sympathize with the “Karen”. Indeed she’s not unhinged, and I assume she’s getting the apartment number to complain to management so that things can be dealt with reasonably.

I get the impression that there’s a bike room and rules that you not take bikes through the lobby and into the elevator. As a bike rider, I’m familiar with the concerns about security of locking bikes in a room outside of your control. But I also always felt funny bringing my bike through shared spaces: They’re a bit unwieldy and can end up marking up the walls, and depending on the weather they’re often dirty. There’s room for debate over whether the apartment building’s rule is a good one, but given that, I don’t think the woman’s behavior is that bad