Hey, David Lynch! If you ever need a Karen character, watch this

Devolving into some primordial lizard state?

the next crunchy, decontextualized, nutrition-free nugget?

I steal a lot of song lyrics from you.

But Crunchy FrogTM is both delicious and nutritious!

Or maybe even because it appears the young women are Asian.

I think you just hit the jackpot.

If she was concerned about a fire she would have said so, she didn’t.

As an older woman myself, I can guarantee she’d lose that battle.

A post was merged into an existing topic: Think of the Karens

I’m angry cause they let her win

If she was concerned about a fire she would have said so, she didn’t.

Granted, in the video she doesn’t say much more about her concerns other than “rules and regulations”, and her dislike of “four-letter words”, and that she wants to see what floor they live on.

Yes, she was being extremely annoying (albeit mildly assertive), but we’re still left to guess what she really means, other than “bike room”.

Yeah she probably should have dropped it sooner but otoh

I guess my complaint is…be accurate, because this is the kind of thing they will definitely throw back in your face if you accidentally screw up.

And yes, even progressives screw up once in a while.

I’d like to get off on random floors. Then back on. Maybe just the prime numbers. Then numbers divisible by something Karen said. Alternate pretending the order of the floors was important or trivial.

Announce things on each floor like, “We got the bike and the lady, like you asked. We’re coming out now! No funny business!”

Make a real odyssey of it.

“fucking” is a 7 letter word lady

I think you just hit the jackpot.

Maybe this woman is straight out of Sombertown? The gray pallete gives it away. 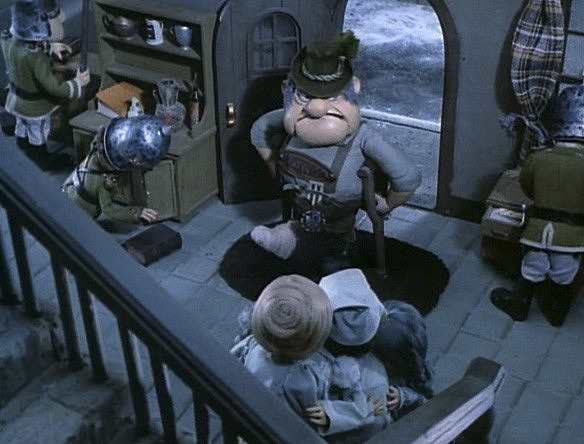 If the video was of filthy carpet and scuffed paint on the walls from people rolling their bikes down the hallways the same people here would be declaring the bikers some “name.” So f*ing ho-hum.

Look at the lady who doesn’t even now how to Karen properly! Golly we are superior!

It’s the lack of fear. Knowing that they are ‘lesser than’ she is, and therefore she doesn’t have to worry about retaliation in any way. It’s that arrogance that allows her to quietly terrorize them, knowing there will be no danger to her in the process.