My cousin had the Star Trek exploration set. The “locator” was pretty cool. It seemed like a walkie-talkie, but picked up CB radio signals, so I annoyed a lot of truckers while playing with it.

Looking at the item to the immediate right, though, I don’t need to spend $5 for an inferiority complex. I’ve got one, thanks.

Oh, hey! I had one of those mechanical pocket-calculators at some point in the early-mid 80s, well after electronic calculators were nigh-ubiqutous. It was my grandfathers, or uncles, or some obscure relatives. But what the heck did I do with it?

Oh, well. It’s not like I accidentally through a Curta out in the recycling…

Ah, yiss! I had that calculator too. Great click-click-click sound as you moved the stylus. I loved those ads. I read every word every time.

I had a switchblade comb. It really wasn’t that cool.

I always wanted the hovercraft. My dad kept telling me it was going to be a disappointment and wouldn’t get it for me. I insisted that some things, you have to learn for yourself. That didn’t help.

That survival knife. Oh man, I wanted that puppy so badly. Would’ve been gone the second Mom found it though. . .

I had the hovercraft. It was made out of the same thin, flimsy plastic as Halloween masks. It came with a flashlight-like handle with two C or D cell batteries and a motor in the end. This was attached to the hovercraft via a metal flex cable. To make it fly you turned on the motor in the handle and it spun the propeller. Your Dad was right. It was a disappointment.

Looking at the item to the immediate right, though, I don’t need to spend $5 for an inferiority complex. I’ve got one, thanks.

Not sure, but that looks like a dodge for Scientology. Psybernetics Research?

I had the Hovercraft,joy buzzer and x ray glasses. My cousin had the Star Trek stuff.

Oh, MAN! I remember pretty much every single one of those ads. I’m not sure if I was still a Boy Scout in 1976, but many of the same advertisements ran over and over for years.

And you know . . . both of my long-time hobbies I first learned about from ads in Boys Life.

In 1970, when I was a cub scout, I was curious but skeptical about the adverts from Estes Industries and Centuri Engineering. I had had toy rockets that ran on compressed water and baking soda & vinegar, but they were disappointments. The Estes ad mentioned cameras and multi-staging, gliders, and flights to 2000’. I was a MAD magazine reader and primed to ignore wild claims. It took me finding an Estes catalog at summer camp to realize it was all true.

Then in 1974, Metagaming Concepts ran an ad for their new space wargame, Stellar Conquest. I think it was $4.00. I still have most of the set. It was incredible. It introduced concepts that you can find in strategic games to this day. (The original Masters of Orion was arguably an unauthorized clone of SC.) I found out about D&D from Metagaming’s catalog, and made my first writing sale to their zine, The Space Gamer. (Although Steve Jackson may have taken it over by that time.)

I’m pretty sure I recall seeing every single one of these ads in the magazine as late as 1986, but by that time this section of the publication had grown, and had far, far more ads for pranks/gags/magic. It was a magical moment, being a ten-year-old boy and discovering that there were so many places to buy fake poop.

That was about the time I discovered writing requests for catalogs (anyone remember SASE - Self Addressed Stamped Envelope?) and other free things - there were some great catalogs I can remember Estes and Centauri Rockets, Johnson Smith Edmund Scientific, some Sci-Fi fan catalogs like New Eye Studio, and Gayla Kites cataogs.

The Star Trek exploration set is sitting on a bookshelf five feet to my left and the USAF survival knife is in the den. Good stuff.

I had that Star Trek exploration set and seem to recall it was a snap together model kit. I also had the X-Ray Spex and the hover craft. What you don’t see in the image is the hover craft was connected to a cable that attached to a handle/battery pack. It also took about four D size batteries in the handle so it was pretty big. I could spend the entire day pouring over the Johnson Smith catalog.

I think that the “exploration set” shown here is the AMT model kit; what you’re describing is one of the walkie-talkie sets that were branded with Star Trek, but not actually communicators.

You just totally nuked a childhood fantasy of mine. :-/ heheh

Yeah, the same line my dad always gave me…

Oh well, I’m glad to know my collection of SST’s was a better purchase.

Really delighted to see that Hobby Surplus Sales is still in business at the same location. 30+ years of inflation has done its dirty, though - a “discounted” N-scale 4-8-4 at almost $200… 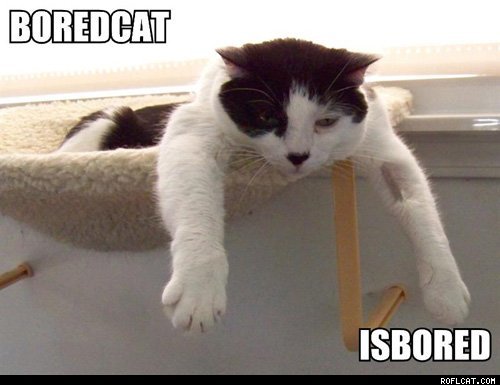