Originally published at: Hillary Clinton says right-wing extremists and the Supreme Court have a plan to "literally steal the next presidential election" | Boing Boing

Honestly, I really don’t know what else the GOP has to do for people to finally wrap their minds around the fact that it’s a full-on fascist party at this point, and they are fully intent on taking over the whole fucking country. How much more evidence to people NEED to be shown the truth of this?

When it comes to the Orange Mafia, she’s been 100% right every time.

The story is 2 weeks of hand wringing about whether highlighting a legitimate problem has “insulted” “regular” Americans and how that will cost the Democrats the election.

I f not understated. It’s closer to all deplorables than half

Reminder that Roger Stone bought the “Stop the Steal” domain before the election.

Spreading chaos and undermining our democracy has been their goal since the beginning. 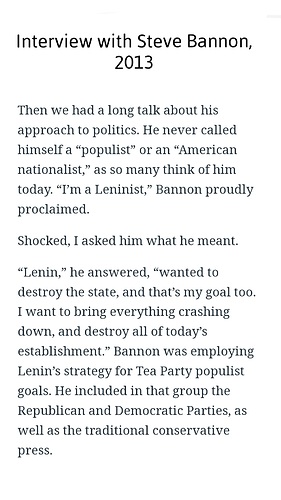 We can’t get rid of all the right wing extremists but we can impeach one or two corrupt justices.

We can and should try. I’m not optimistic about our odds of conviction and removal by the Senate given that almost no Republican Senators were willing to take that step for a man who staged a deadly insurrection against the United States on live TV.

Not that the Supreme Court is immune to cognitive dissonance - far from it. But it sure seems contradictory to me that the court can dismantle the Civil Rights Act under the pretext that the federal government cannot regulate election procedures by the states, and then empower state legislatures in violation of those states’ constitutions, to completely disregard the will of the electorate.

States’ Rights need to be abolished. It’s frikkin 2022 already, and those of us who want to live in a country not trapped in the 19th century, and instead would prefer a working government capable of dealing with the massive challenges we’re going to face in the coming decades instead of kowtowing to the most regressive aspects of our poor, long-suffering wypipo demographic and the 1% they love and coddle and wish they could be so much.

On a side note, I love toying with the idea of re-structuring the Senate to be apportioned according to per capita state GDP. E.g. each state gets 1 Senator, and the rest are distributed to states based on GDP. This would limit the veto power of red states (except Texas of course, but hopefully their secession bid will be roundly accepted by then).

How much more evidence to people NEED to be shown the truth of this?

Us: none, we have all the evidence we need, thank you. They: no, they don’t believe any evidence: if it does not support their cause it must be lies. There really is no compromise. Hope for the best, and I hope more than 50% have a scant regard for some sort of truth. But I would not like to bet on it.

Out on the Rubbish Isles, things are not much better right now. You would have thought the Tories people have shown exactly what they are. They took everything that wasn’t screwed down. The next wave are back with screwdrivers. Yet they still have supporters.

I believe. This stupid cannot last forever. The healing has begun. Hang in there, everyone.

I’m by no means as educated about this as I’d like to be, but isn’t there a positive side to States’ Rights as well? Some states have things like legalized marijuana and ranked choice voting, progressive policies that I very much doubt the Federal government would adopt wholesale unless they’d been tested first and spread to other states as their popularity grows. Also, without States’ Rights, wouldn’t the Supreme Court decision to overturn Roe v. Wade have made abortion illegal for the entire country instead of just some states?

State’s rights derived directly out of racism, so no.

The entire country derived directly out of racism, genocide and slavery, but I’ve seen you disagree with those who think it’s a lost cause. I’m not trying to build a robust defense of States’ Rights here- like I said, I’m no expert and I’m quite open to reasons they’re inherently bad- but a counter to the actual points I made would be appreciated, even if it’s as simple as “They’re still used for racist reasons more often than progressive ones, so the harm outweighs the good.”

How much more evidence to people NEED to be shown the truth of this?

The evidence is more than sufficient.
It is being repeated nowhere near often or loudly enough.

For the True Believers, no amount of evidence will suffice, so there is no point in trying to reach them.

There is no contradiction, nor cognitive dissonance.
The fascists on the SCOTUS [and elsewhere] are following their agenda, the laws be damned.

It will certainly seem like forever… it already does.
Then there is the question of how many innocents the stupid takes down with it before it burns out.

Without State’s Rights, the supreme court never would have ended up that way in the first place. I think it’s not just incidental that they tend to be used for regressive rather than progressive reasons. It reflects the very nature of those ideologies…progressives want to make things better for people everywhere, whereas regressives are more than happy to grind their neighbors down and disenfranchise them as a stepping stone first.

I love toying with the idea of re-structuring the Senate to be apportioned according to per capita state GDP. E.g. each state gets 1 Senator, and the rest are distributed to states based on GDP.

It sounds suspiciously close to “one dollar, one vote” to me.

I think @Mindysan33 ’s right on. The key is that State’s Rights is defined as the ability of the state to ignore federal laws that they don’t like. It’s not a positive attribute - such as pioneering new laws to try out on a local level, such as the examples that you cited - but rather a concept of allowing states to flaunt the Supremacy Clause with an imaginary loophole.