Holyoke officer who exposes police corruption in video gets suspended

If that doesn’t work, move to step 2: literally shoot the messenger…

Christ on a cracker, they found one… the mythical Good Apple that actually calls out the spoiled barrel.

Watch your back good Sir, the Po Po have been known to break the law.

Serpico is a 1973 biographical-crime film directed by Sidney Lumet and starring Al Pacino. The screenplay was adapted by Waldo Salt and Norman Wexler from the book of the same name written by Peter Maas with the assistance of its subject, Frank Serpico. The story details Serpico's struggle with corruption within the New York City Police Department during his eleven years of service, and his work as a whistleblower that led to the investigation by the Knapp Commission. Producer Dino De Laurent...

He’s a hero. I hope he and his family remain safe and the corrupt cops are brought to justice.

There are more than you probably think, but most seem to face the same fate once they are outed as good guys.

Adrian Schoolcraft (born 1976) is a former New York City Police Department (NYPD) officer who secretly recorded police conversations from 2008 to 2009. He brought these tapes to NYPD investigators in October 2009 as evidence of corruption and wrongdoing within the department. He used the tapes as evidence that arrest quotas were leading to police abuses such as wrongful arrests, while the emphasis on fighting crime sometimes resulted in underreporting of crimes to keep the numbers down. After vo...

Not for the squeamish:

A New York police officer secretly records his supervisors ordering officers to do all sorts of things that police aren't supposed to do.

Is That a Tape Recorder in Your Pocket, or Are You Just Unhappy to See Me? -...

For 17 months, New York police officer Adrian Schoolcraft recorded himself and his fellow officers on the job, including their supervisors ordering them to do all sorts of things that police aren't supposed to do.

See you suckers in court

It’s a poorly kept secret that the police in that area of Massachusetts (where I grew up!), specifically Holyoke and Springfield, are incredibly corrupt. It’s not exclusive to those cities of course, there are also issues in Boston and some metro-area cities, as well as the state police force.

I’m not sure how such a liberal state has grown to become so rife with police corruption, but maybe that’s the reality of large police forces across the country. We probably could have used police reform 50 years ago.

See you suckers in court

hopefully so, from the local reporting:

[ Roca ] was being placed on administrative leave for 30 to 60 days while the department conducts an internal investigation. He was asked to resign by Thursday and “this would all go away,” he said.

it’s amazing what kinds of things actually get police suspended and fired.

The police are corrupt in big cities, small towns, at the local and state levels and across the political/geographic spectrum. As for the “how”:

Officers are rarely charged with killing civilians, largely because of a three-decade legal standard

In the United States, qualified immunity is a legal principle that grants government officials performing discretionary functions immunity from civil suits unless the plaintiff shows that the official violated "clearly established statutory or constitutional rights of which a reasonable person would have known". It is a form of sovereign immunity less strict than absolute immunity that is intended to protect officials who "make reasonable but mistaken judgments about open legal questions", The U...

A systematic, decades-long effort at all legislative levels to shield and exonerate bad officers coupled with the silence of all of the “good” officers out of fear or acquiescence. Mr Roca is a hero among scoundrels.

We probably could have used police reform 50 years ago.

We’ve had 40 years of “reform” and that’s how we got to this point. There is no reform. The only way forward is to defund.

Unfortunately, we’re a long way from a nationwide effort to rebuild the police as the civil protection organizations they were intended for.

Fortunately, enough municipalities have already started that we’ll soon have mountains of evidence that defunding and restructuring works remarkably well. 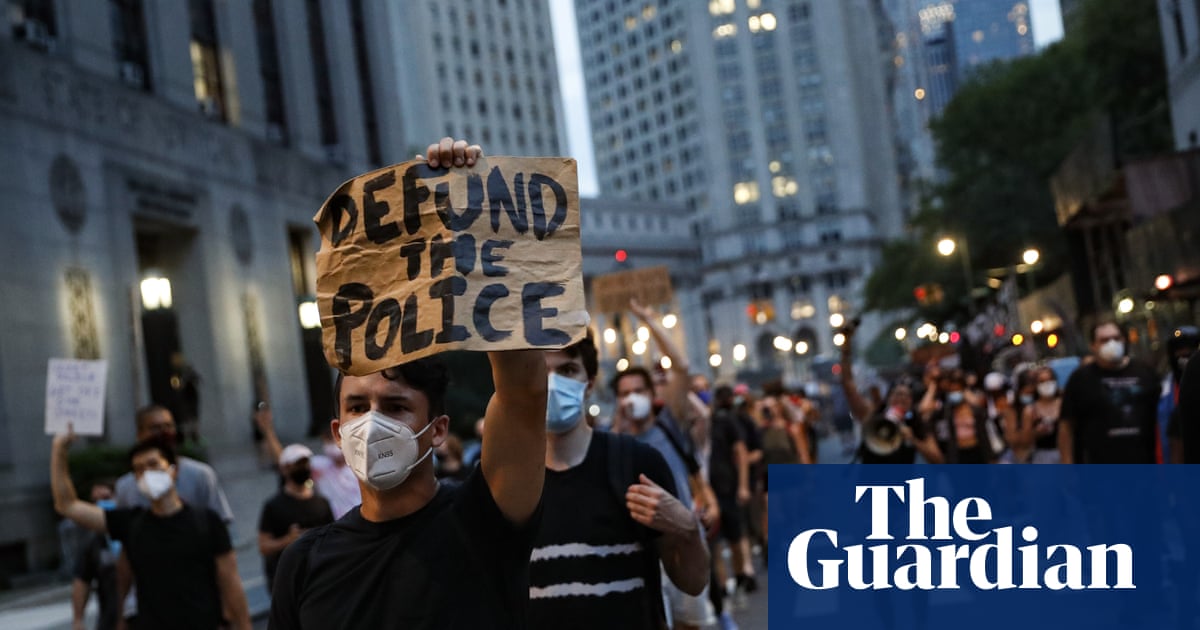 The movement to defund police has won historic victories across the US....

A dozen local governments have moved to reduce their police budgets by more than $1.4bn, marking a significant shift in American politics 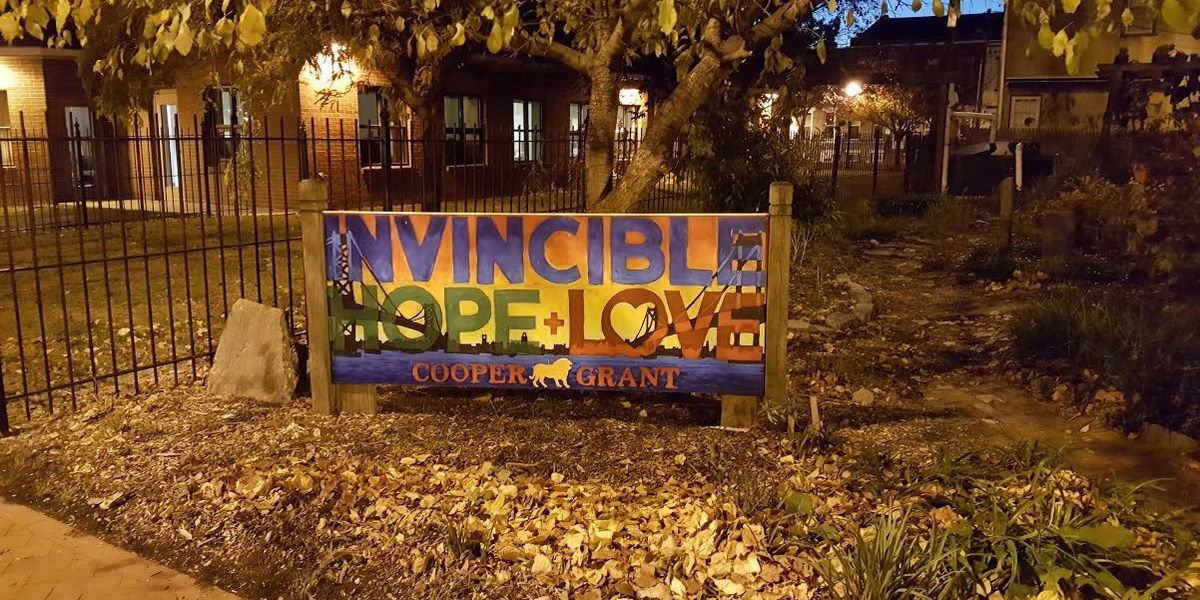 America's 'most dangerous city' defunded its police department 7 years ago....

What happens when the police get "defunded."

And yes, I realize the Camden reformation wasn’t initiated or executed with the purest intentions, but the results remain unequivocal.

Also, I can’t recall the name of the city that took on reforms last year and didn’t fire a single shot in 2020. Maybe some other plugged-in BB’er can refresh my memory?

have mountains of evidence that defunding and restructuring works remarkably well.

unfortunately, the current instinct still seems to be doubling down on police funding, training, personnel, and powers.

several Democrats expressed support… “I think the recommendations are thorough and I think they make a lot of sense,” Washington State Democratic Rep. Pramila Jayapal said of the report’s “comprehensive” findings. “We are quite far behind in terms of what we need.”

Maybe some other plugged-in BB’er can refresh my memory?

It's not about de-funding police. The task is to teach cops to do better, and watch them to make sure.

The exact reason why I shy away from ACAB as a general statement. That’s not to say the whole thing isn’t spoiled down to the ground, it definitely is. There are provable cases of officers doing their best by their community, but those aren’t the people that end up in charge. It’s just that any good cops don’t have any real power to actually change anything about the way things work.

Yeah, it’s a long road. Still, progress is being made every day. Today, this wonderful thing happened:

One year after Ahmaud Arbery was killed, Georgia's House passes bill to...

Georgia's House of Representatives has unanimously passed a bill that would roll back citizen's arrest law in the state.

If you knowingly work in support of a corrupt system, I question if you can continue to be considered a “good guy”. This guy did it right; When you see the corruption you call it out. I wish him the best.

That’s hair splitting, defunding is a method of reforming.

Now that you brought it up though… I think the fixation on using the word “defund” is an incredibly good way to ensure that it doesn’t happen, which is distressing.

Using “reform” is a great way to lose all the actual stakeholders for making change. It’s also a great way to win over people who will fight against change forever. They will (and have) killed to prevent even an iota of loss of privilege.

So, with all due respect, GTFO with that tone policing. These words aren’t for you. They aren’t for me either. But you should know that if you are advocating for “reform “ you are not an ally of the people who are being beaten and killed by cops. You are an ally of the cops. Period.