Every time my kid goes to play his racing game on our console the system needs to download the latest update first. Now, thanks to the magic of modern technology, that same experience will be part of driving real cars! 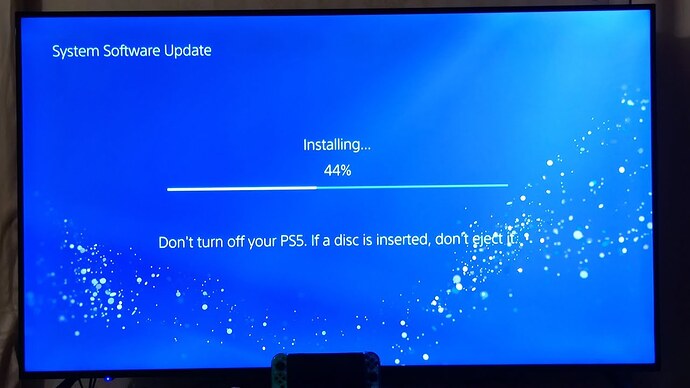 I understand that this is for while you are sitting at a charger while you recharge, but people have phones. Why add to the cost of the car for this? Also, I don’t have a PS5 so I am not sure, but how annoying is it to manage access to multiple PS5s with multiple accts? I know they had issues back in the PS3 era - I assume that is all worked out now?

Gee this will be great until the console is obsolete in three years. Aren’t you so excited that your 2002 Chevy Malibu has a first gen Xbox built into it for all those first gen Xbox games you still play?

Gee this will be great until the console is obsolete in three years.

A few years ago I took my family on a test-drive in a loaded Chrysler Pacifica and was stunned by just how bad and outdated the built-in entertainment system was on this brand-new vehicle. There were some really boring touch-screen games that the kids could play in the seat backs, with a clunky user interface. It would have been far cheaper to just get each kid a brand new iPad instead of paying for this option.

See also: car GPS systems which are universally worse than a smartphone from five years ago.

This has been a big problem for car makers since around the mid 90s when consumer electronics really started to accelerate. Car makers are under completely different constraints than widget companies. They have to make things that last 50 years and work equally well in the arctic and the desert. It’s necessarily a 5-10 year development cycle. This is completely at odds with consumer electronics which go obsolete twice in that same timeframe.

However now that cars are so refined, the electronics are all they have left to compete on, so they keep trying. Apple and Google threw them a bone with CarPlay and Android Auto- the ability to take over the screen with your phone is all anyone wants. But they still try because it’s all they have left to compete on. So now they put in CarPlay, and then a bunch of other stuff that deep down they no nobody is going to use anyway.

Ripe for innovation here. Imagine a Honda that has augented reality GTA mode! Or playing Gran Turismo for real as you drive down to the shops, your car pretending to be a McLaren F1.

You could never fit an original Xbox in anything less than a Hummer!

You are right though - this has a lifespan of of a few years, then it is an 8-track player

I’d like to assume this thing has some sort of “Not while you’re driving you, damned fool” lockout on it, but of course that would be rash. I see no possible way this could go badly, etc.

Sure, you can have a television, but can your television get on the internet?

Yes? How would you watch TV otherwise? (We don’t actually have a TV, we have a monitor that’s actually smaller than the ones on my desktop. I probably watch more TV at my desktop than in the living room, but my partner likes to have something on while she’s doing things in there.)

This seems like it could at least ascend to ‘arguably frivolous; but handy’ if someone would just loosen their grip on trying to use cheap consumer electronics to pad vehicle margins.

Electronics standards are hardly eternal; but if they just included HDMI in on the seatback displays and enough headroom on the inverter to accommodate slightly demanding devices that would cover at least the next decade, probably rather longer, in more or less whatever you feel like plugging in.

This, by contrast, has a lifetime that started ticking down even before it was announced and I can’t say I’m just desperately optimistic about spares for the integrated variant of the console being available nearly as easily or as cheaply as ones for the standard version. It’s unlikely to be cost effective to make significant changes; so anyone who is reasonably handy would probably be able to bodge things together; but anyone who isn’t, or doesn’t want to touch that, will probably end up paying their dealer a frankly silly amount for a PS5 power supply that does DC-DC conversion from the vehicle electrical system rather than the standard AC units which will be available for a pittance.

Turned out that Musk, the world’s richest man, was asking game developers to give Tesla their games for free. You know, “for exposure.” A few went along with it, but a lot didn’t.

Just read an interview with the head of Honda Mobility - apparently they are all in on self driving and that is why they think this and other media in the car efforts are worth pursuing.

I wonder how close they are in capability to Cruise and Waymo. Both of those companies recently received approval to have their driverless cars take passengers around San Francisco. 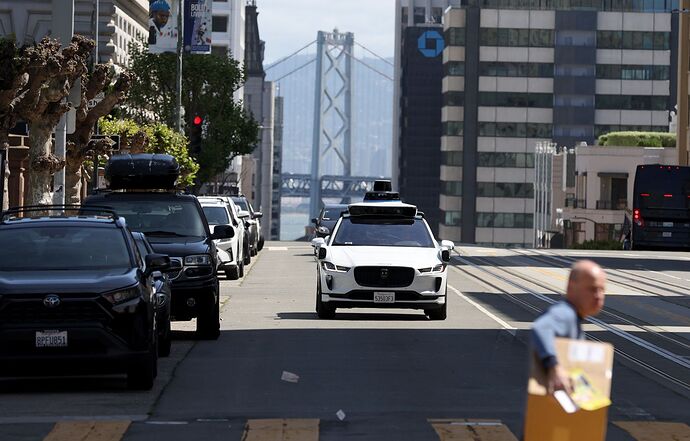 Joining the likes of General Motors-owned Cruise, Waymo — the Alphabet-owned autonomous car company — is now permitted to give fully self-driven rides in San Francisco after months of testing with drivers behind the wheel.

My guess is not very. I am sure that they have very good driver assist, but I believe real full self driving is a long way away.

I believe real full self driving is a long way away.

Guess it depends on the definition of “real full self-driving” because those cabs in SF are now taking actual passengers on real driverless rides around the city on a daily basis. But with certain geofenced and weather limitations, I’m sure.

Guess it depends on the definition of “real full self-driving”

I just don’t trust the technology yet. I am not even as worried about me as I am about how I would feel if I was a passenger in a car that killed someone

In order for them to do this they’ll first have to solve the issue of the semiconductor chip shortage that’s made finding PS5’s somewhat difficult. You’d think they’d have it sorted out by 2025, but it’s not guaranteed.

Would prefer they put in a dash camera and maybe a built-in phone holder. Given the huge after-market for these, it would make a decent selling feature.

get rid of the steering wheel and use the game controller instead, and maybe people would drive better, lol