Wait, am I reading this correctly that they’re beginning to charge for using WiFi and Bluetooth? I thought this would be about mobile connectivity, where I could somewhat understand why they don’t want to commit to future charges. Although, if you build a car dependent on mobile connectivity, you better make sure it stays connected…

I’ll just quote myself from the last such car topic.

Foucault’s economic Boomerang strikes the American upper middle class again. This time they’re being invited to join a form of the rent-to-own scam previously only foisted on the poor.

In less than a decade you’ll be paying premium ownership prices for something you’re only renting.

I was just mentioning Tesla’s ability to remotely disable their vehicles over in the BMW thread about the heated seats debacle and now they go an double down on my mention of Software as a Service with this. It was probably inevitable that they make this sort of move. The day where you never fully own the stuff you buy is quickly approaching.

Hopefully consumers will start voting against these practices with their dollars. Any manufacturers bucking this trend? I know Hondas are known to be mod-friendly, but no idea if that applies to their software too.

8 years seems to long to wait to start reaping from software as a service.
IANAL, and i didn’t check tesla’s terms of service, but if they wanted to start a software as a service model, they would probably have/use a clause allowing them to change the rules to end the free connectivity.
This seems more like a planned obsolescence or an attempt to devalue used cars to reduce their demand, and hopefully to maintain the need for newer cars.

It’s a bit confusing until you understand that Tesla does not provide the Apple Carplay/Android Auto console interface with your phone that other manufacturers do. If you want basic features like navigation or music streaming you’re locked into their ecosystem, which used to be included in the price of the car.

They’re counting on the fact that most drivers won’t hack the other interfaces into the dashboard console like this: 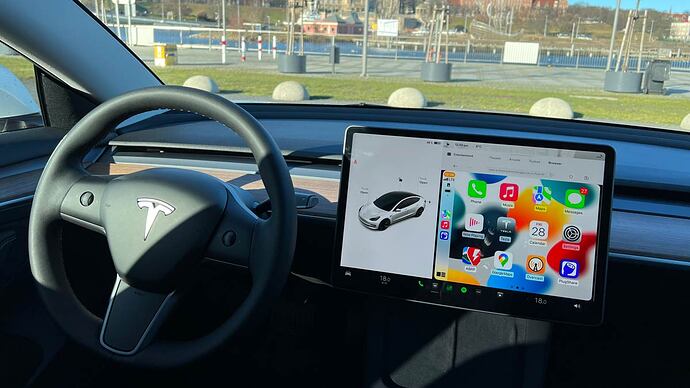 Want to use Apple CarPlay or Android Auto in your Tesla? Here's how

Tesla owners prepared to get nerdy can now enable smartphone integration via a clever hack.

Meanwhile, tons of companies are making electric cars these days.

I turn to the warrior sages of the military for mood-enhancing acronyms like “BOHICA.”

The acronym “BOHICA” stands for “Bend over! Here it comes again!” It’s a somewhat humorous statement and said in preparation for coming events. Typically, the events are a repeat of a previously experienced bad outcome.

Okay, so we’re just gonna let this casual homophobia slide, then? The military is known for it, but we don’t need to embrace it. In case anyone is unclear, this is referring to sodomy, which of course is every red-blooded cishet dudebro’s worst nightmare, apparently.

Life is a balance of risk and reward, and the more you sacrifice today, the better off you will be tomorrow.

I don’t think this really applies to capitalism. The more people let corporations cheat them and offer them less while charging more, the more they’ll be exploited, simple as that. Lowering our standards and mindlessly buying anything we’re offered without examining its value because “oh well, whatcha gonna do?” isn’t going to make a better tomorrow for anyone.

Meanwhile, tons of companies are making electric cars these days

If renting is the future of Tesla, well, go rent one.

…and what does fully own suggest or not… suggest

For the past five years I did not “own” my car. I do not “own” the house I reside in.

Always a renter, never a owner (even if it’s just heated seats, gps or windows that roll down)

Thank you. I came here to say the same.

For the past five years I did not “own” my car. I do not “own” the house I reside in.

That’s true, but this is a slightly different situation than straightforward debt where one is presumably paying toward eventual ownership. In a SaaS subscription model prices can go up more frequently (usually upon renewal), terms and conditions of use are routinely changed mid-subscription, and you never will own the thing you’re paying for.

This is not entirely new. Model 3 lost lifetime back in June of 2018 and Model Y never had it. This only changes for Model Y and S. You still have WiFi and Bluetooth, you just loose cellular connectivity for things such as maps and music streaming. Updates will still happed, just at home when connected to WiFi (or as rumored, in the future while at a supercharger location). I’ve never paid for OnStar or other similar services from other manufacturers once the subscription ended. It’s only a big deal because Tesla doesn’t offer Apple CarPlay or Android Auto - and in that respect, it is a big deal.

In a SaaS subscription model prices can go up more frequently (usually upon renewal), terms and conditions of use are routinely changed mid-subscription, and you never will own the thing you’re paying for.

Plus, with a car or house, you are building equity and can choose how much to pay against interest or principal. SaaS is effectively all interest because if you end payments, you don’t get to “keep” any of the software or benefit in any way from what you paid in so far.

Furthermore, as you alluded to, mortgages and car loans are heavily regulated and full of consumer protections. Software services? Not at all.

Rent-seeking business models have always been the cancer of capitalism. It’s why we have anti-trust and lots of other regulatory structures. This sort of thing can’t be allowed to fester and we certainly mustn’t allow companies to convert all capitalism into rent-seeking-as-baseline.

Also some day they’ll probably shut down the servers and leave you with an expensive brick.

Car ownership is just going to get more complicated, and the used market will become an absolute minefield ("Sorry, you didn’t pay for that feature; the previous owner did. Will that be credit card or bitcoin?")

This Drive article touches on a few issues that will increasingly become a thing: technological obsolescence that borks features; right to repair hassles; and just how renting a software platform on wheels vs outright owning a car will affect how people feel about their cars. It’s a good read. 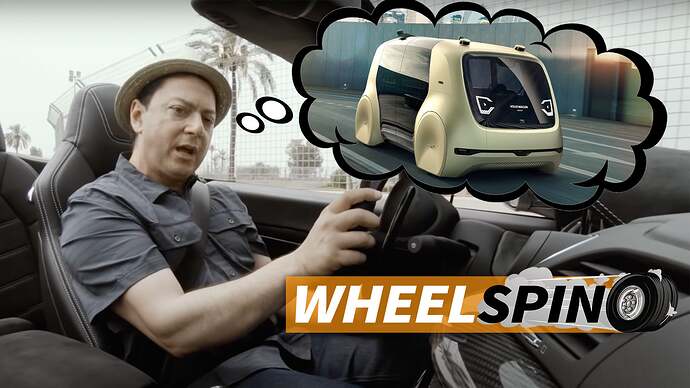 It won’t make sense to form a bond with a car that’s not really yours and runs on software someone else controls.