How a gaffer lights a set

All y’all who think duct tape is good, it’s got nothing on gaffer’s tape. That stuff is amazing. And it doesn’t leave all that sticky gunk behind when you take it off.

How a gaffer lights a set???

A bucket of gasoline, a couple of matches…

Sorry. I’ll show myself out.

It’s all fun and games until Christian Bale turns up.

“How long till we get to the pony show?” That’s a whole different kind of lighting challenge.

It took me awhile before I realized that a big difference between typical TV sitcoms and more dramatic fare is the lighting. Most sitcoms are uniformly flooded with enough light that no matter where the caracters are standing, they are well lit. So directors don’t have to worry about lighting when they are blocking out the movements of the actors and the cameraman does not have to adjust exposure between shots. It saves a whole bunch of time, but at the cost of realism.

"this is pretty ridiculous. I’ve gaffed quite a bit "

Don’t be hard on yourself, lighten up.

I buy the white gaffer’s tape and use sharpie on it to label stuff. comes in real handy when i have a tangle of power adapters and cords and audio cables behind my desk and need to know which goes to which hard drive or device.

Hey! That’s Bushwick Country Club. I thought so but looked up some images. Looks like they’ve changed some decor, but the dead giveaway is the pattern on the front curtains. 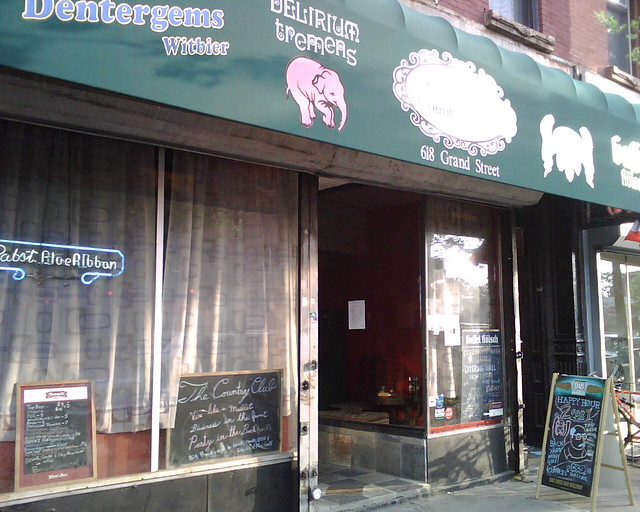 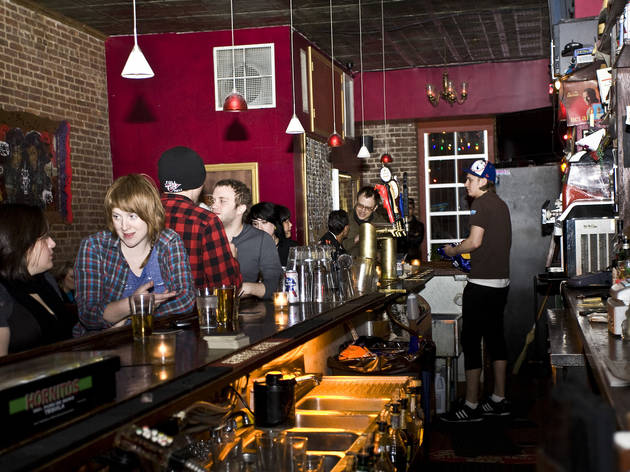 Ooooh, nice idea! I’ll have to get a white roll for myself now.

I think the big difference here is between single-camera and multi-camera setups. A lot of TV comedies (“Filmed before a live audience!”) are multi-camera setups. The light is a lot more uniform since they are literally shooting with multiple cameras simultaneously, and the scene needs to look good (or at least reasonable) from any of the cameras.

More dramatic fare, and “higher-end” (think “no laugh track”) comedies are usually done with a single-camera setup, which affords a lot more flexibility with lighting, and overall has production methodologies a lot more like regular old film production.

“Three camera” sitcoms generally do have a lot more soft keylight in the area that the actors perform, but I think there are many reasons for that:

That said, the best sitcoms still have lots of interesting lighting designs, including how to light the backgrounds to separate the foreground action, how to switch day to night or sunny to stormy, etc.