How does your local hospital's access to COVID-19 resources like ICU beds and ventilators stack up with other U.S cities?

Probably cool if I had a subscription to pass the paywall. that’s almost all of the comments in Twitter as well. Maybe it’s a bug. They had announced they were offering COVID-19 resources for free for the duration?

If you are using any of the Firefox or Chrome browser families, try this - 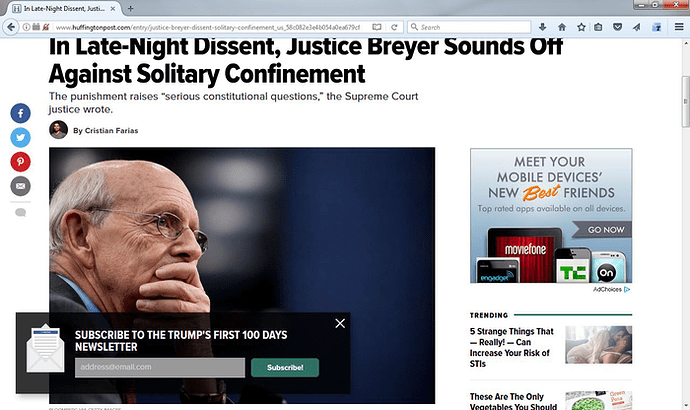 Tranquility Reader – Get this Extension for 🦊 Firefox (en-US)

Busts through about 80-90 percent of paywalls in my experience.

(1) This analysis like most (with the exception of the IHME model) seems to be based on the assumption that the USA is a sphere of uniform density, and that everyone else will in a couple of weeks be where NY/NJ are now. I am inclined to doubt that.

We will know by April 20 - too bad this thread will be closed by then.

(2) Nobody pays hospitals to keep lots of ICU beds set up and staffed, but empty, just in case of a global pandemic. Not Medicare, not insurers, not single payer systems (such as Italy’s). And I do not think anyone ever will.

(3) American hospitals in low income areas where almost all the patients are on Medicare or Medicaid have to keep all the beds full all the time or risk going belly up. They aren’t going to keep a whole lot of beds set up and staffed for a once in a century event.

A private window on Firefox was enough to get me through. The results weren’t surprising as Cleveland is both a rapidly emptying city and a major medical center. If they did a more detailed look Ohio is doing reasonably well on bending the curve more broadly.

I’m using a private window on Firefox and can’t get in with or without tranquility. Bezos knows all.

I am particularly worried about the Trump supporting states; and what this is going to do to them.

My uneducated wild arse guess is that once the crest of the wave hits in NYC, Washington State, and Ohio, Trump is going to move to start opening up the economy more. The Trump-supporting states who were slow to do anything about this will be the ones to be fast to unfreeze. They won’t have been past their peak, and it will take off like a rocket, inundating hospitals and leading to a lot more deaths. By the time they stomp on the brakes they’ll be baked in for a really, really bad 3 week period.

You pull details from the IHME model here.

Hospital beds and ICU beds matter. Ventilators are a Hail Mary. Of COVID-19 patients who are put on ventilators, two thirds die while hooked up.

I suck at graphs. These things aren’t telling me much. I’m in Boston MA, USA home to at least 6 really big hospitals and FEMA seized our shipment of PPE but we did get 100 ventilators of the 1000 requested. This does not bode well for the rest of the country.