The infamous orange-masked nunchaku-wielding Hero Turtle known as Michelangelo also lost his weapon-of-choice, with censorious animators at the British Board of Film Classification (BBFC) drawing grappling hooks over the nunchuks in every illustrated cartoon cell. (Because apparently grappling hooks were not an easily-fashioned melee weapon? Unclear.)

The UK censors loathed Asian martial arts. No Bruce Lee either (until the weirdo J.Edgar Hoover type last appointed to the position retired in 2001) including the 1993 biopic.

I was the animatronc puppeteer for Donatello (purple mask, wooden staff) with Leif Tilden in the costume, for Secret Of The Ooze. At the time of shooting I don’t recall if anyone one was too concerned about the use of nunchucks in the film - and the sausages were supposed to be a funny substitute.

One of these days we’ll figure out how to run a society with no hierarchical authority dictating how we are allowed to perceive the world we live in. In the meantime - smoke weed, eat pizza, practice martial arts, wear masks and stick it to the man - or woman - or whomever deems themselves superior and in charge. And if you ever meet a fascist - punch 'em in the head - with a sausage.

To be fair to Thatcher (which is something I never ever been before, I still despise her) she wasn’t really resposible for this change. The BBFC is a non-governmental organisation which on the whole does a pretty good job. It does have the odd weird classification from time to time, maybe this was such a thing. The are more often criticized for their liberal views than anything else.

Were the Canadian martial arts of Casey Jones curtailed? Did they draw his hockey stick as a rake?

No-where on Earth is the doublethink of “defend free speech, ban this sick filth” more elaborately detailed than the UK political/media scrum.

Worth mentioning that Ferman (or at least the BBFC under Ferman) thought that showing blood on breasts was a rape trigger. That seems perilously close to a personal admission of some sort.

When Teenage Mutant Ninja Turtles became an animated series in the US, it had already changed from something really cool into something kind of watered-down and juvenile. The comic book series by Eastman and Laird was violent (resulting in actual deaths sometimes!) and the turtles used profanity. It was a much darker and more interesting than the pizza-loving, cowabunga-screaming turtles of the animated series after it got a safe makeover. It’s a shame that something that was so mild got censored even further.

To be fair to Thatcher […] she wasn’t really resposible for this change.

And wasn’t even in office when the BBFC banned nunchaku completely (“After reported outbreaks of violence involving martial arts weapons”).

That seems perilously close to a personal admission of some sort.

When you have a single person in charge of censorship, their decisionmaking always ends up painting a portrait and the portrait is usually sexual.

I was going to use “British headmasters measuring schoolgirls’ knee-to-skirt distance” as an example, only to find that the top hit is someone who makes them get on their knees for him when he does it. 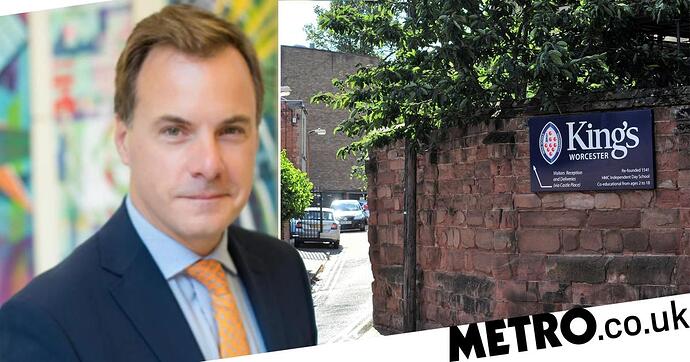 Girls 'forced to kneel so skirts could be measured' at £15,000-a-year school

Staff at King's School in Worcester have been accused of enforcing 'blatantly sexist rules'.

I was the animatronc puppeteer for Donatello

That’s cool! Thanks for sharing and contributing to my childhood sense of humor.

Ok, my adult sense of humor.

So thank you, Margaret Thatcher, for protecting the youth from the violence of sausages.

It’s not for nothing that people in the UK call them “bangers.” 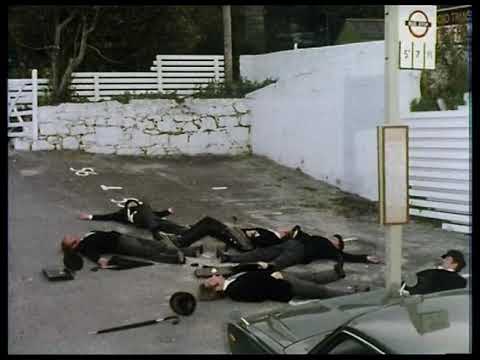 ETA: they are attacking each other with black puddings

The BBFC have “Enter The Dragon” as one of their case study films (an interesting section of their website) - And seem to pin the overly censoring nature of such classifications at the door of Stephen Murphy, the BBFC Secretary.

That being said it was certificated in 1973 - with cuts, and in 1988 most of the cuts were reinstated.

Enter The Dragon, a Hong Kong-USA co-production and Bruce Lee's final film, was submitted to the BBFC for classification in August 1973, one month after his death.

To be fair to Thatcher (which is something I never ever been before, I still despise her)

Seems fair to despise her.