Originally published at: "How Normal Am I" uses your webcam and algorithms to tell you all sorts of things about you | Boing Boing

Luckily there is no way this could ever be a bad idea or go wrong.

right?!
i mean, i am as far from “normal” as i can get and getting farther out by the day. don’t need any algorithm to tell me about that (nor do i want that intrusive bullshit up in my biz, y’all)

This is amazing. This is exactly the kind of content I want security researchers to produce to show “normal” people how advanced and how normalised surveillance technology already is. And that it is not all conspiracy theories about shadowy agencies, but rather very real information your local pharmacy and online retailer collect about you .

Methinks thou hast a hint of sarcasm

I don’t know whether you have already tried it, but it’s not about telling you how normal you are. It’s about machine learning as applied to face recognition demonstrated in real time.

Interesting toy, using the ML tools against themselves. It deliberately shows you how broken these surveillance algorithms are (e.g. not recognising PoC), how superficial and biased the judgments are (assuming slim young white cisgender people who trust sites with personal info are the norm), and how horribly they can impact the “non-normal” (not “Normal” = potential shoplifter or terrorist). I’m glad that the EU is taking these matters seriously and exposing its citizens and the wider world to their dangers in a creative way that respects privacy.

FWIW, I got a score of 75% Normal (“Violently Average”). It would have been higher if I didn’t self-report as an Old (“Normal” range of respondents is age 12-32); if I wasn’t assumed to be lying about my age (the algorithm flatteringly assumed I was younger than I am and also made the unusual assumption that I was pretending to be older); and because I wasn’t wildly darting my eyes around the screen and moving my mouse and switching tabs (apparently “Normal” people are more prone to do this).

Of course, no-one who actually knows me would consider me fundamentally “normal” (I usually get “eccentric”). Also, a few of the results that put me in the “Normal” range were likely errors. For the techbros and marketing gurus and security-state apparatchiks who set the Western parameters of “Normal”, though, I seem to pass well enough to go unnoticed.

Not at all. I really think this is a good demonstration for someone who doesn’t realise how machine learning is used on online portraits.

I came in at 67% Normal “Averagely normal” for the same reasons you did plus the fact I’m rated as unattractive and overweight. So compared to the average respondent I’m: older, uglier, fatter, and spent less time interacting with the site.
That last one is a big shrug but the other three sure are a self-esteem booster! /s

I wouldn’t take it to heart. Remember that the recognition algorithms and the significance of their results are highly flawed, which is part of the point of the site. For example, I’m pretty sure my BMI is higher than indicated by my face and, one way or another, isn’t the final number on fitness. The attractiveness figure is also one step removed from phrenology.

nor do i want that intrusive bullshit up in my biz, y’all

yeah. curious what they are doing with all this data. i’d like to try it out, but i don’t want to give out more info about myself than the world already has

“Everybody else clicked this, so you should…”

It’s an EU site and takes a stand against the
current praxis surrounding these technologies, so I was willing to give them the benefit of the doubt. I don’t blame anyone for not clicking through, though.

You can opt into including your (supposedly) anonymous results into their dataset to further refine the definition of “Normal”, but otherwise they say the results are wiped.

For anyone who is justifiably concerned about their data with this project, this is the TaC. Obviously, you have to choose to believe them but they are associated with the EU, the single largest state level advocate for data privacy, so I do:

This is an art project by Tijmen Schep that shows how face detection algoritms are increasingly used to judge you. It was made as part of the European Union’s Sherpa research program.

No personal data is sent to our server in any way. Nothing. Zilch. Nada. All the face detection algorithms will run on your own computer, in the browser.

In this ‘test’ your face is compared with that of all the other people who came before you. At the end of the show you can, if you want to, share some anonimized data. That will then be used to re-calculate the new average. That anonymous data is not shared any further.

You can also read more about the sources and source code that this project is based on, or read the press release.

For some reason it just wasn’t all that accurate with some of it’s results. Under beauty it gave me an “…” and it had no clue I was male and had no clue on my BMi either. Go figure. I guess I’m safe from their algorithms.

How normal are you if you refuse to allow the site access to your camera?

Just for curiosity’s sake I asked Brussels to judge KDE’s memory information display, as provided by an HDMI capture interface.

I’d agree that seeing 4GB of RAM is well below average on beauty; but am less sold on some of the other results (if the KDE Advanced Text Editor had been IDed as a woman I would have had to give the machine gods that one on points; but not here).

(edit: for sake of fairness; the age is downright spooky if you (superstitiously, but temptingly) presume that the bot is guessing at the KDE project, started in 1996, rather than that specific application and version. There’s no way I can be this old.) 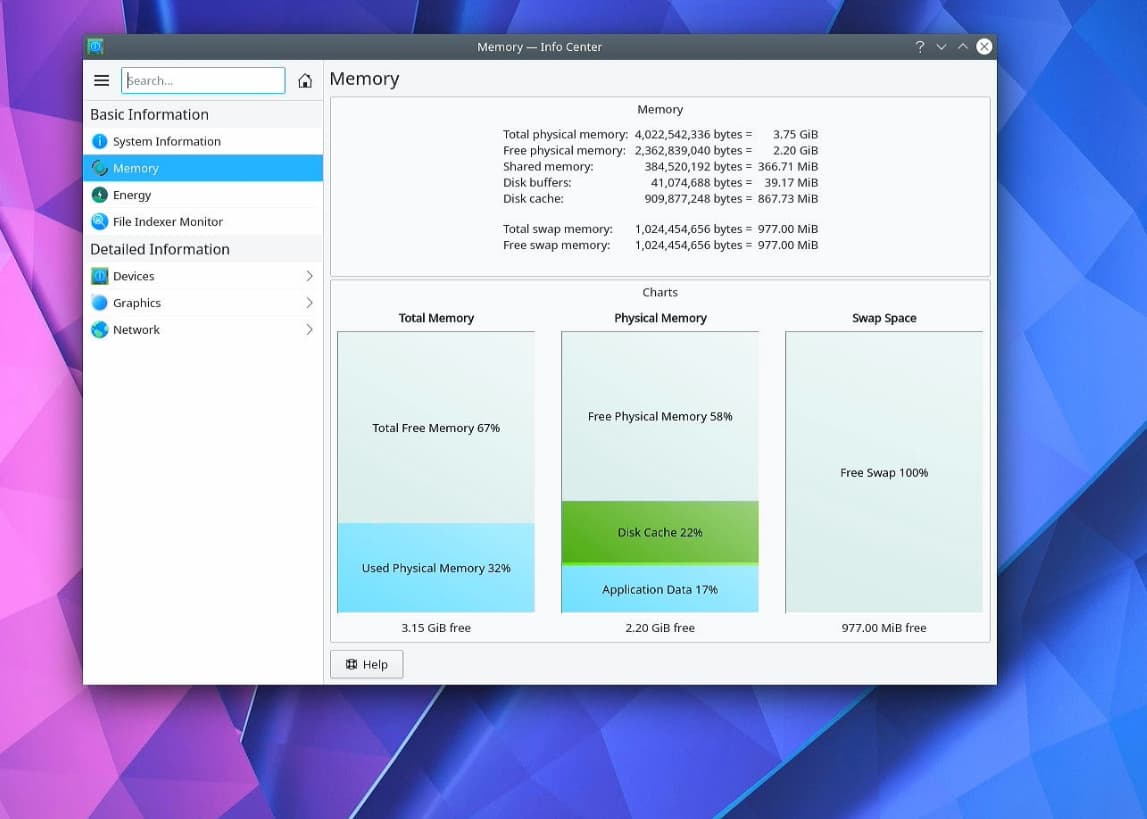 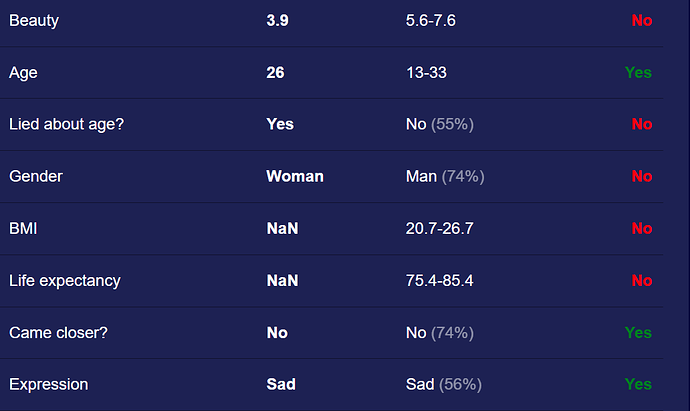