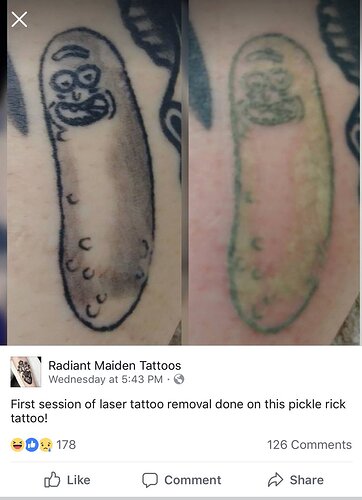 Is it really fair to judge the show based on the actions and reactions of its fans?

In the 21st century everything and anything is now relevant, in the 22nd century will will be back in the dark ages, all this won’t matter…

To be fair, you have to have a very high IQ to understand Rick and Morty. The humour is extremely subtle, and without a solid grasp of theoretical physics most of the jokes will go over a typical viewers head. There’s also Rick’s nihilistic outlook, which is deftly woven into his characterisation- his personal philosophy draws heavily from Narodnaya Volya literature, for instance. The fans understand this stuff; they have the intellectual capacity to truly appreciate the depths of these jokes, to realise that they’re not just funny- they say something deep about LIFE. As a consequence people who dislike Rick & Morty truly ARE idiots- of course they wouldn’t appreciate, for instance, the humour in Rick’s existential catchphrase “Wubba Lubba Dub Dub,” which itself is a cryptic reference to Turgenev’s Russian epic Fathers and Sons. I’m smirking right now just imagining one of those addlepated simpletons scratching their heads in confusion as Dan Harmon’s genius wit unfolds itself on their television screens. What fools… how I pity them. /s

… this seemed to be an elaborate tr_ll …

“Became” cringe? Pretty sure it started as cringe and never stopped being cringe. Or at least, that was my impression.

For me? Definitely. That speaks more to how my brain is wired to be fair, but excessive fan enthusiasm that crosses into obnoxiousness and at times toxicity is enough to kill any interest i might have in shows. Sometimes it takes me years to watch something because the fandom behind some properties is so annoying.

I think there’s an important distinction between the two flavors of cringe here. The original “We wrote these characters to be extremely flawed to elicit a ‘cringey’ response to their misadventures, partly to contrast them with the shiny, sci-fi cool of the source material” is much different from the later-resulting “Some subset of loud, obnoxious, misogynistic fans are doing such gross things in the name of the show, the creators have brutally disavowed them”

I quite like the show, but then I’m a smart-ass. There is a surprising amount of heart under the gross-out bits.

Oh sure. Just skip over the Ren and Stimpy era as if it never happened.

Because those actions and reactions dictate whether or not the show can continue and whether its creators feel safe to continue the show.

Look at what happened because of the My Little Pony fandom or the Steven Universe fandom to both the show and their creators because of “fans.”

Oh sure. Just skip over the Ren and Stimpy era as if it never happened.

Because John K is a predatory shit.

It’s why I cannot stand Deathpool cosplayers. It seems to just be a license to be anonymously obnoxious in public.

Yes, the answer to this question is “Dan Harmon.”

I liked the show. I would never consider a social affiliation with the fandom but if I only considered my personal reactions it was a really good cartoon.

I’m sure glad I don’t pay attention to many self-styled Arbiters Of Opinion on the 'net, and though I did sign up for Twitter over a decade ago, I never really participated. Rick and Morty, “toxic”? I somehow missed all that, and still enjoyed the show (in small doses, since the nihilist tone gets me too down to binge watch).

Okay, then. Sounds like I can lump that opinion in the same place as other Grand Decisions ™ that have been declared, like the usual nonsense about “Bernie Bros”, or the ones about gamers…a handful of idiots does not define an entire set of people. The hivemind/dogpile thing sure can get tiresome.

The answer should be no. Otherwise, nearly anything could be considered tainted by the actions of the fans.