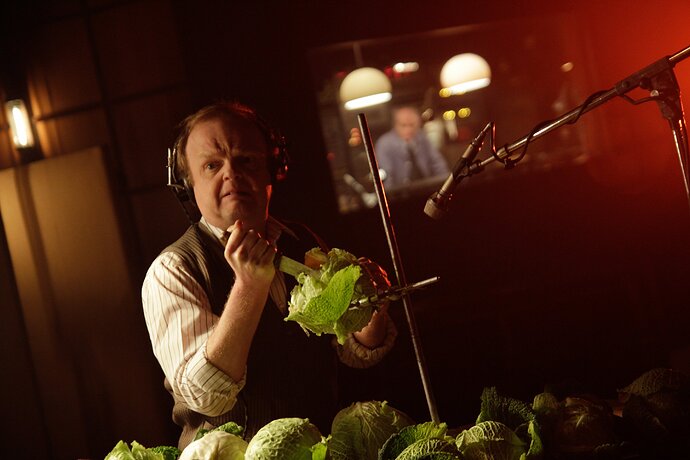 I love when he’s talking about the wet sheepskin, and says “It holds a shi–… ton of water.”

The lead photo is from a silent film, NOSFERATU. (!!??) Should have used M, with Peter Lorre, a pioneering sound design horror film.

I wonder if any movie houses experimented with these kind of foley effects along with the accompanying organ music back in the silent film era.

I don’t know how they could have amplified the foley effects enough, I don’t believe theaters were wired for sound in 1922. It wouldn’t have been planned by the production, so I don’t think it would be diagetic, per se, and no two versions would sound alike. Some theaters used an orchestra, that might have made sound effects possible. That’s why I suggested Frtitz Lang’s M, it was planned for sound effects, and very cleverly used.

The original “Foley Artist” was none other than Jack Foley, himself; a sound technician from the silent film days of Universal Studios. When the “talkies” came about in the late 1920s, Foley struggled to have early film stars heard on film because of the primitive nature of carbon microphones and sound horns. So Foley devised a way to add or “augment” voices and sound effects synchronized to early sound-on-film. That his name has been immortalized for the process he invented is a tribute to his skill and creativity.

A “real” (read: radio) sound effects artist didn’t have the luxury of post-production. They did it “live” alongside the actors.

I wonder if any movie houses experimented with these kind of foley effects along with the accompanying organ music back in the silent film era.

Some models of Wurlitzers for theaters could produce a variety of sound effects in addition to music: 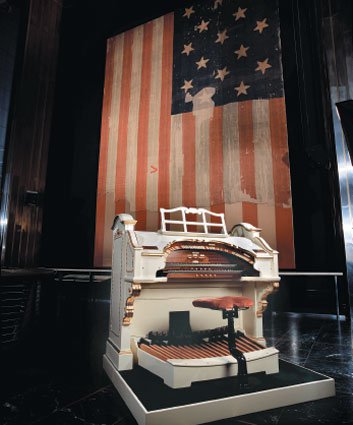 His instruments could produce numerous inventive sound effects, including train and boat whistles, car horns and bird whistles, and some could even simulate pistol shots, ringing phones, the sound of surf, horses’ hooves, smashing pottery, thunder and rain.