I can see why nobody would want to admit hating it in that crowd, likely even to themselves.

A bit like the old fable “The Emperor Palpatine’s New Clothes.”

I waited in line for a very long time, more excited than I remember ever being for a movie.

Upon leaving, one of my friends said, “Was that a bad dream?”

I tried to validate the few good points of The Phantom Menace for years. Making excuses like an abused child…

Both checking CinemaScore and from my own personal recollection of people I talked to, it was initially fairly well received by early audiences. (That is: by the die-hard fans. And, lets face it: it’s not any worse than a lot of the dross that made up the expanded universe.)

In the immediate aftermath of the movie, I expect the people talked to are probably still running on the high of “Holy shit! New Star Wars!”

I still remember my first solid impression of the movie, during the first scenes: “why does it look like those two Jedi are reading brand-new lines off cue cards?”

The lightsaber battles were great, though. At least, when you’re not looking too closely and can’t slow down the action at all.

I wonder if there’s any footage out there of die-hard fans gushing praise for Star Trek: Generations.

I am so glad no one thought to interview me after that movie. I probably would have gushed about it.

(I was young and didn’t know better—that’s my explanation and I’m sticking to it.)

I see the same thing a week or so after the release of FO4. Fan bliss turns to fan disappointment.

It’s like getting an orgasm from boring sex. For a minute it’s all blissful glow, but then you’re over it.

Sometimes you’re so eager to enjoy something that it takes a bit of time to digest just how bad it really was.

I imagine it’s a bit like being a cheese connoisseur with a severe lactose intolerance.

I’m reading Simon Pegg’s Nerd Do Well at the moment and am just loving his take on Star Wars. The saddest, most telling point is Lucas telling him, “Just don’t suddenly find yourself making the same film you made thirty years ago.”

I think even Lucas realized how bad it was.

Everyone keeps saying about the new movie: “…But the visuals look amazing!” I keep thinking - the problem with the prequels was never the visuals. The prequels looked amazing. I have no fault with them for that.

I enjoyed it just fine the first time I saw it in theatres. Even went back to see it a second time. It’s only in retrospect, looking back, that I see its (many) flaws.

The high point for me was the Lucasfilm and “STAR WARS” logos. SUPER excited up to that point. When the opening crawl started to go on about a tax dispute, I thought it a bit odd. And it got worse. I liked the lightsaber battles, anyway.

Is The Phantom Menace really as old now as Return of the Jedi was then? Yikes.

I don’t think I’ll ever forgive them for making Darth Maul die so easily. This is the only explanation:

For what it’s worth, the often-excellent Clone Wars series brought him back and made it canon that he survived being cut in two. 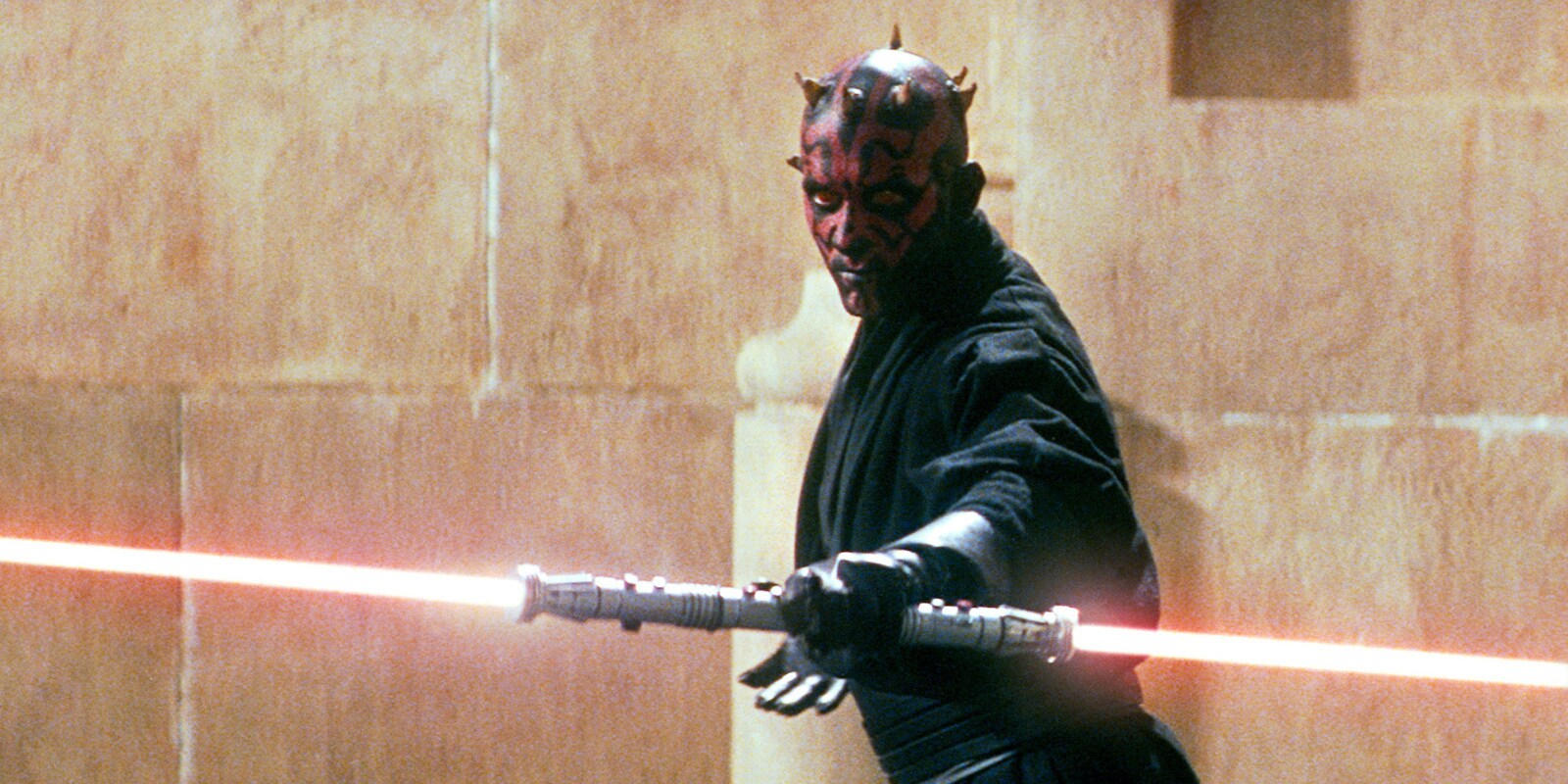 Visit the StarWars.com Databank and explore the life and legacy of Darth Maul with a character biography, pictures, and videos.

There have been bigger letdowns. I’ve read at least one piece about a person’s fevered anticipation for the Star Wars Holiday Special.

The pod race was kinda cool, in isolation. Right? Almost?

The pod race was kinda cool, in isolation. Right? Almost?

“Objection, Your Honor! The pod race was pretty cool.”