How the photocopier changed the way we worked -- and played

I recall reading in the 80s (in CQ maybe) that every photocopier in the USSR had a KGB agent assigned to it. I think the article was about desktop publishing which dates itself (and me).

The Xerox copiers in the Soviet Embassy to the United states had microfilm cameras put in them by the CIA. And there were CIA agents who were trained as Xerox service technicians to service them and change out the microfilm…

The Xerox Model A “Ox Box” predates the 914 and was a plain paper copier, but it was also a manual copier with the user doing all the steps required to make a copy, so it was not a big seller.
http://www.fondation-langlois.org/html/e/page.php?NumPage=2028

My wife is from WV. I just sent that image to my father in law. Boing Boing comes through for me again! 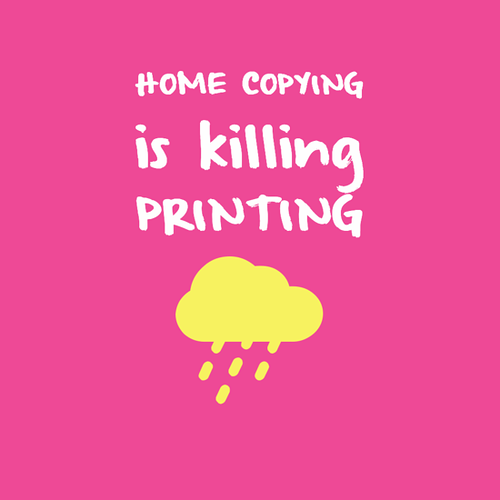 It also ended the days of all the schoolkids holding their test sheets to their noses and taking a big sniff when they were handed out, still damp from the machine.

The biggest change for me was that I no longer have to dip my cheeks into cold messy paint in order to get a print of me bum.

The biggest change for me was that I no longer have to dip my cheeks into cold messy paint in order to get a print of me bum.

You are supposed to warm up that paint.
OW! Not THAT much!

There was one of those old machines left in my high school’s office in the 90s. Photocopiers had been standard here in Austria decades before that, but my English teacher still kept faith with the old technology.

English class was never the same after the old machine finally had to go sometime around 1996.

One of the core differences between how we do things now (the age of electronic equipment) versus then is how perfect and sterile everything has to be now.

Legal contracts, bank loans, etc. used to have handwriting all over them, where corrections were made. You wouldn’t even necessarily have to initial each change. Professional honor/reputation meant something, and everyone in the transaction knew each other. Besides, re-typing everything took too much time and effort. Now, every page must be perfect before it is signed, and the people involved in the transactions may never meet each other. The paper is important; the people, not so much.