How to make sourdough starter at home

Commercially shredded coconut, I’m afraid. Added “raw” for whatever degree it has been prepared. I grew up with “lightly”-sweeted coconut, but I prefer unsweetened coconut. Be sure to add extra baking powder. I have some unsweetened “coconut powder” but that’s more like grated coconut and much better in yogurt or on icecream than in a waffle.

I just keep coming up with crap-shortcuts, don’t I?

Next week, I’ll let you in on the secret of my rootbeer-glazed spam…

My GP would not approve. But my dentist could afford a new car!

I think everyone should do it. Once.

Do you have a recipe handy?

Again, not the healthiest thing.

So simple!
Here I was, thinking it would be some complicated to-do!

A strange game. The only winning move is not to play. How about a nice game of chess?EAT ALL TEH WAFFLES NOM NOM NOM.

Well, there’s certainly no losers with that action.

Churro Waffles?
Use Your Waffle Iron to Make Extra-Crispy Churros Without a Deep Fryer | Serious Eats 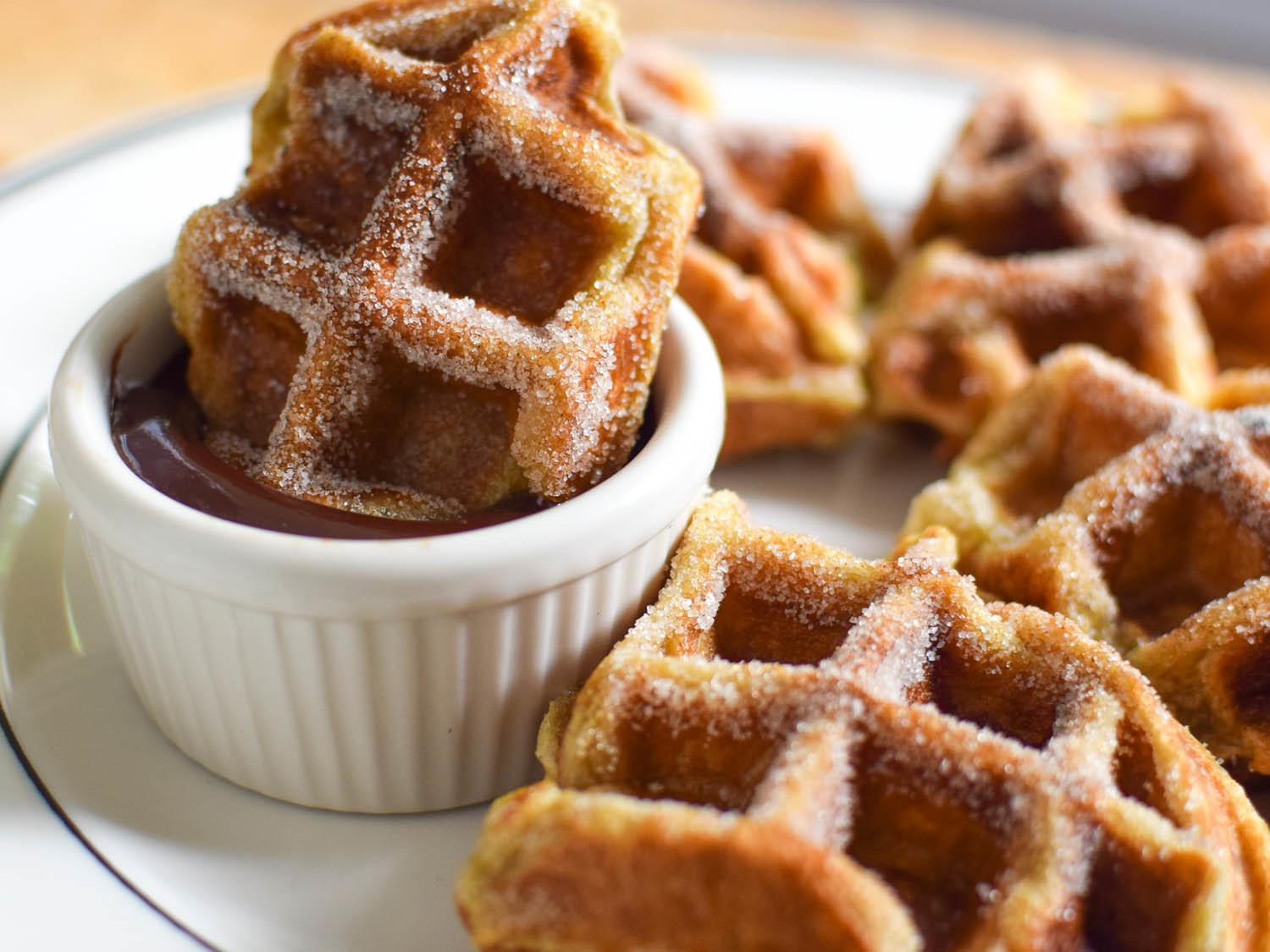 Sadly I got really hungry one week and ate it all.

My daughter introduced me to will it waffle? just today. We’re buying a waffle iron.

Oh. My.
[Falls over in delight]

As others have said, that’s basically what the article describes, and it’s really not that hard. Although it’s splitting hairs a bit whether the yeast was in the air or was already on the flour – it’s generally the latter, but it’s not something you have much control over.

As far as I’ve read, both adding commercial yeast and adding fruit (typically grape skins) actually slows down the process in the long run, since the natural sour dough yeast has to first out-compete the yeast you put in there.

Oh. My. [Falls over in delight again]